Girls Rock! Adelaide’s summer camp is back in 2021 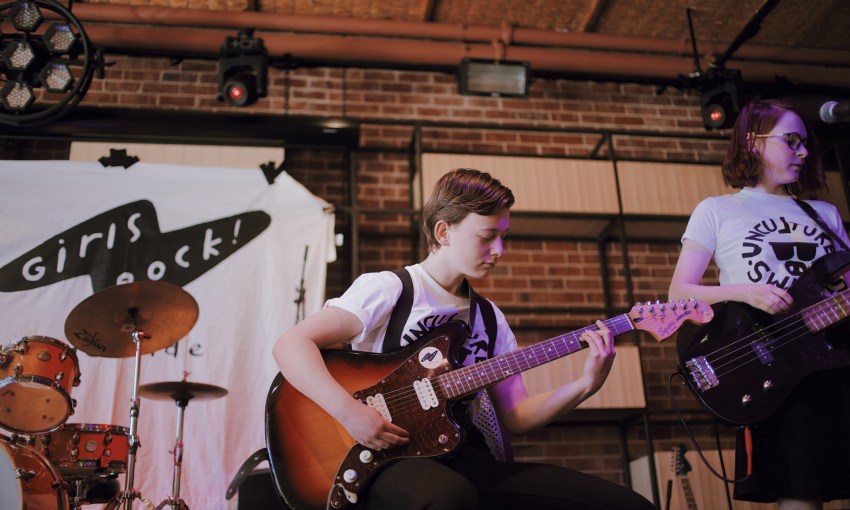 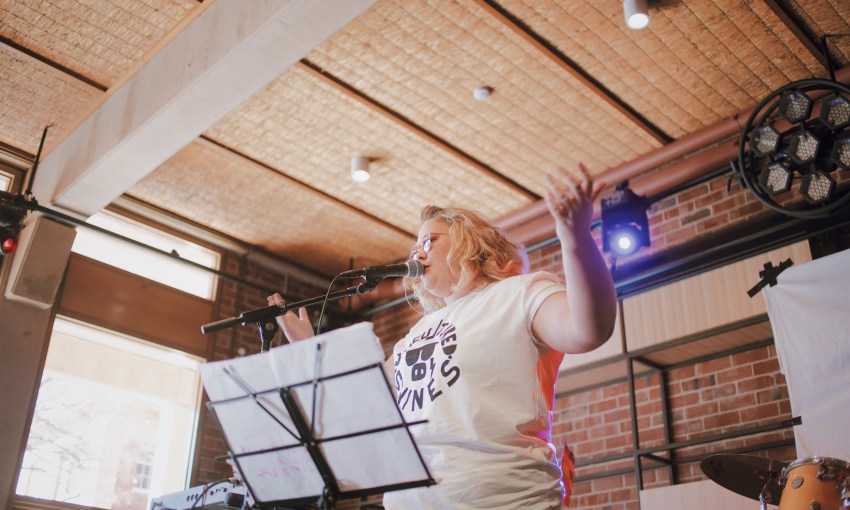 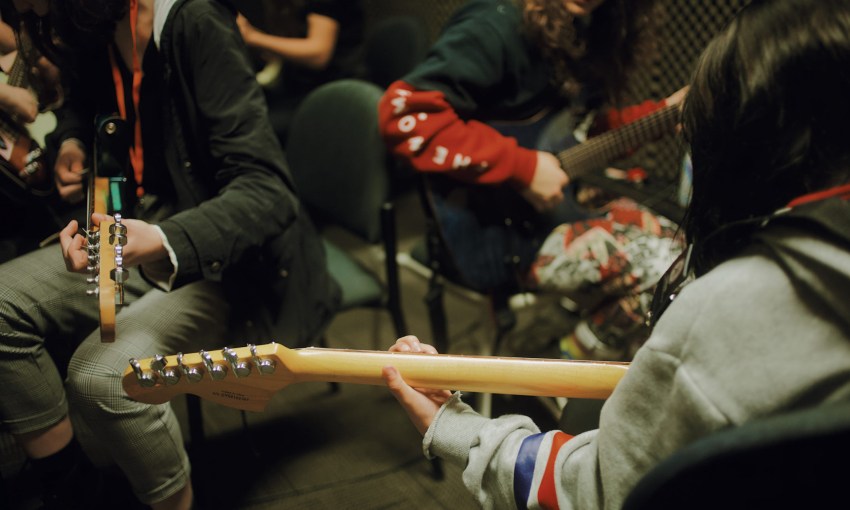 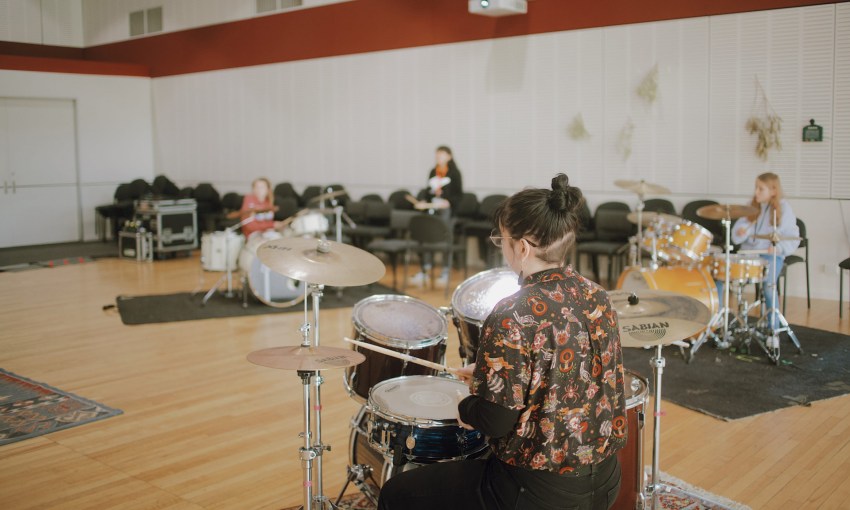 As the frontwoman of band Ponytail Kink and her own solo project BUCKO, Adelaide musician Hannah Fairlamb has experienced many forms of gendered harassment within the music industry.

If she, as an established artist, was growing tired of dealing with this element of the industry, Hannah was concerned about how other young women – and trans- and non-binary-identifying people – felt about their future in music.

All summer camp spaces are filled but join the waitlist here.

This concern, coupled with her experience working in gender policy for the South Australian Office for Women, led her to form Girls Rock! Adelaide.

“Girls Rock! is a way for me to combine my interests in gender equality and music into a really practical exercise in creating space, because that’s literally what we do,” Hannah tells CityMag.

“And that’s what I love about Girls Rock – it’s a really practical, hands-on, literal carving out of space, where we provide room and mentors and volunteers to support music development.”

In 2019, Girls Rock! Adelaide held its first summer camp – a five-day musical intensive program for anyone who identifies as non-cis-male and is aged between 10 and 17.

The summer camp will return for a 2021 iteration, but despite its name is not a sleepover event. Each day boasts a bill of songwriting, zine-making, screen-printing and confidence-boosting exercises at the Goodwood Community Centre from 11—16 January.

“All of our volunteers are female, trans and non-binary people, so there’s lots of role models around, showing that there’s different career paths and different ways to express yourself in the world.”

It can be really hard to break through that psychological thinking: ‘Oh, this isn’t a place for me’

Female and non-binary representation in the music industry has been known to be a problem for some time, and is illustrated well on the Instagram page @lineupswithoutmales, dedicated to showing the gender imbalance on festival lineups.

Gender representation in radio play is also an issue. Hack reported listeners in 2018 were more likely to hear songs performed by men than women, although the gap appeared to be closing. Voters in Triple J’s Hottest 100 reinforced the imbalance, though, voting in 63 songs by solo-male artists or all-male acts.

In addition to visibility, this problem also has consequences for who in the industry gets paid. That same report again says only 19 per cent of Australasian Performing Right Association (APRA) payments to songwriters in 2018 were made to women.

These are all figures CityMag has parsed through before, such as in our exploration of how Adelaide’s nascent music streaming industry was being set up.

Hannah calls upon her own research when arguing the case for  Girls Rock!’s existence.

“There was a great report [from a] couple of years ago with young people who identified as gender diverse, and a lot of those young people said that music was one of the main things that helped them feel better when they were feeling down,” she says.

“We’ve taken that on board and tried to incorporate that into creating the safe space that we aim for at Girls Rock!”

Hannah says her team is also aware there may be some plucky musos wanting to participate but who are financially strapped, or are located in regional South Australia and need accommodation assistance in order to join in.

A Girls Rock! Adelaide fundraiser was held in August this year for this cause, asking the public to donate to a fund that would offer partial and full scholarships for people in those circumstances. Hannah was pleased with the generosity the organisation received.

“This was the practical way for them to donate funds towards something that they felt would be a real equaliser in that area.”

Although all spots in the 2021 summer camp season have been filled, Girls Rock! Adelaide also offers other event opportunities, such as setting up stages at festivals like Laneway and A Day of Clarity. Head to their website to find out more. 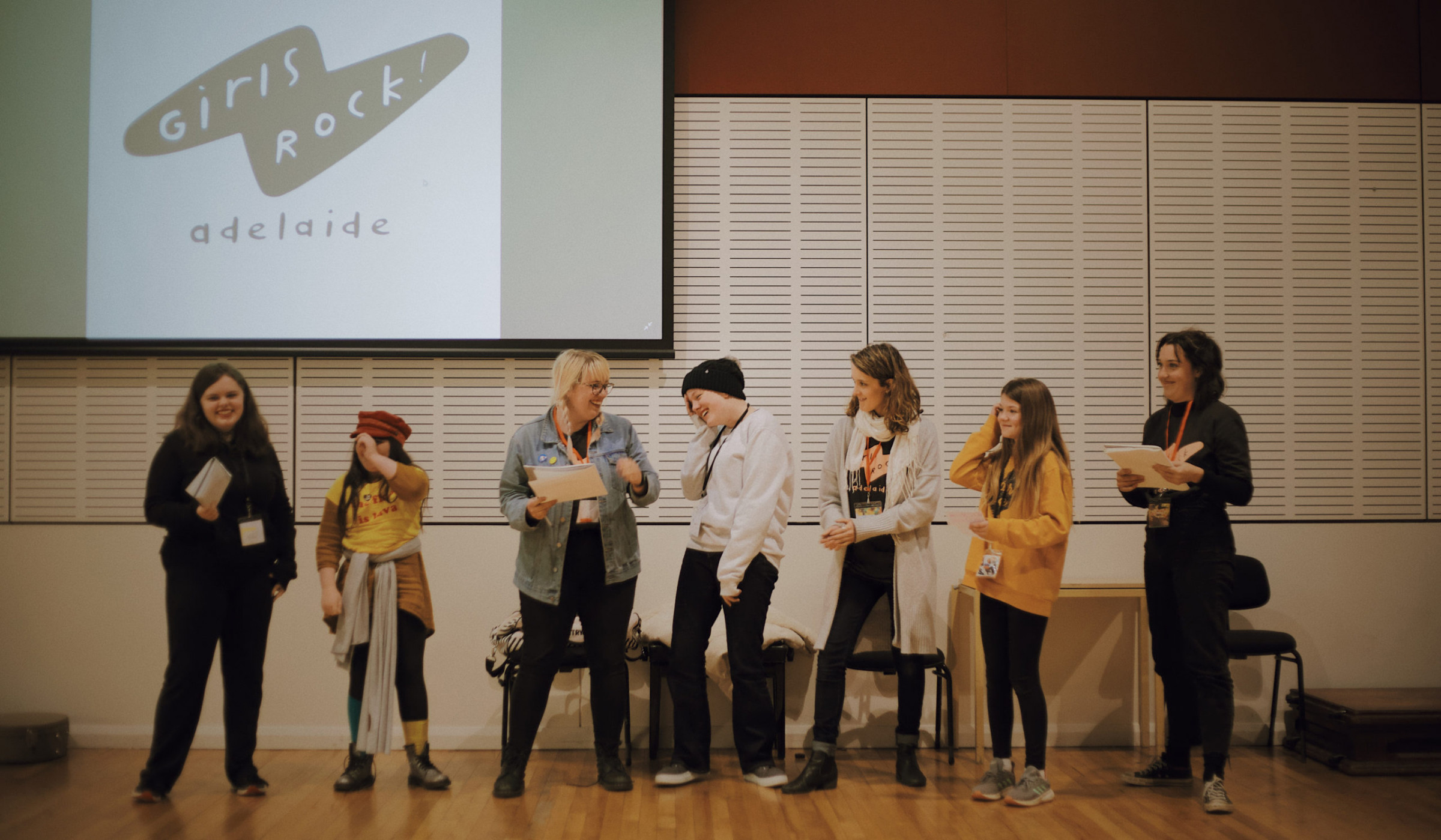 At the end of the five days, all students get the opportunity to perform live