For everyone, a stage

ActNow Theatre has seen many changes over the past year – including a raft of fresh faces and new projects – but its focus on social justice remains razor-sharp. 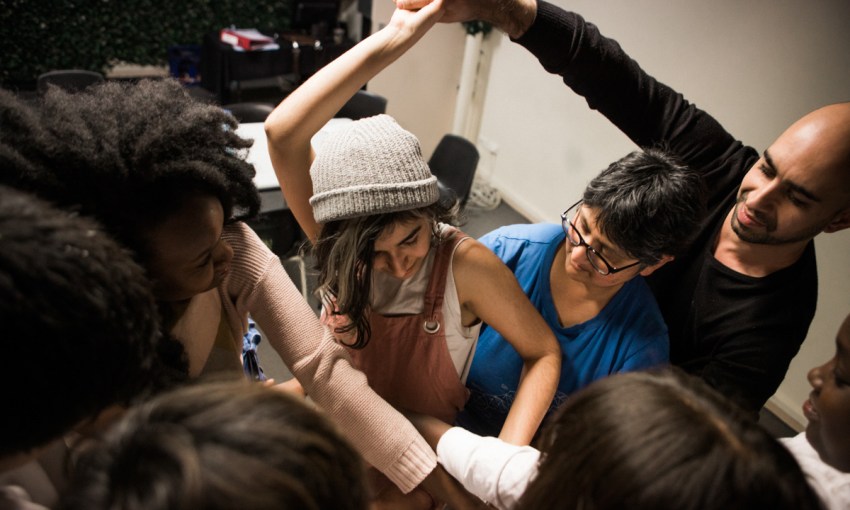 One particular story recounted by ActNow co-CEOs Rhen Soggee and Yasmin Gurreeboo drives home the importance of the organisation’s work with under-represented communities.

It relates to Jumu’ah (Friday Prayers), a relatively new theatre-in-education project exploring the lives of Muslim Australians through a short performance and workshop.

“One of the first showings of Jumu’ah was to the Adelaide Secondary School of English,” Rhen says.

“There were young Muslim women [in the audience] that had never seen women with hijabs on stage before, and they cried at the end.”

Indicating themself and Yasmin as we talk in the kitchen at MakeSpace, ActNow’s home in Hindley Street, Rhen adds: “You can’t be what you don’t see. And I think for both of us, we don’t see people like us on stage very often.”

Rhen was appointed ActNow’s new executive director in June, while Yasmin started as artistic director in February, with both having extensive experience in the arts sector and in other roles at ActNow.

For the previous 14 years, until he stepped down at the end of 2020, the organisation was led by founding artistic director Edwin Kemp Attrill – and, interestingly, it all began with David Hicks.

Edwin and a couple of friends created a guerrilla street theatre performance in 2007 about Hicks’ detention at Guantanamo Bay. That ultimately led to the launching of the theatre company, which has gone on to become nationally recognised for its issues-based productions and projects.

“The heart of what we do is social justice issues… We want to make a real impact and transformation in society, so that’s definitely our key focus still,” Yasmin says.

ActNow has several ongoing projects, including forum theatre school programs, queer youth theatre workshops, a First Nations Arts Pathway Program, and the skills development initiative Theatre of the Global Majority, which is for those identifying as Black, Indigenous, or a person of colour (BIPOC).

The primary school program Like Me, Like You promotes diversity through songs, puppetry and character-based scenarios, with children encouraged to explore how the characters might feel and how they themselves could respond to the different situations. 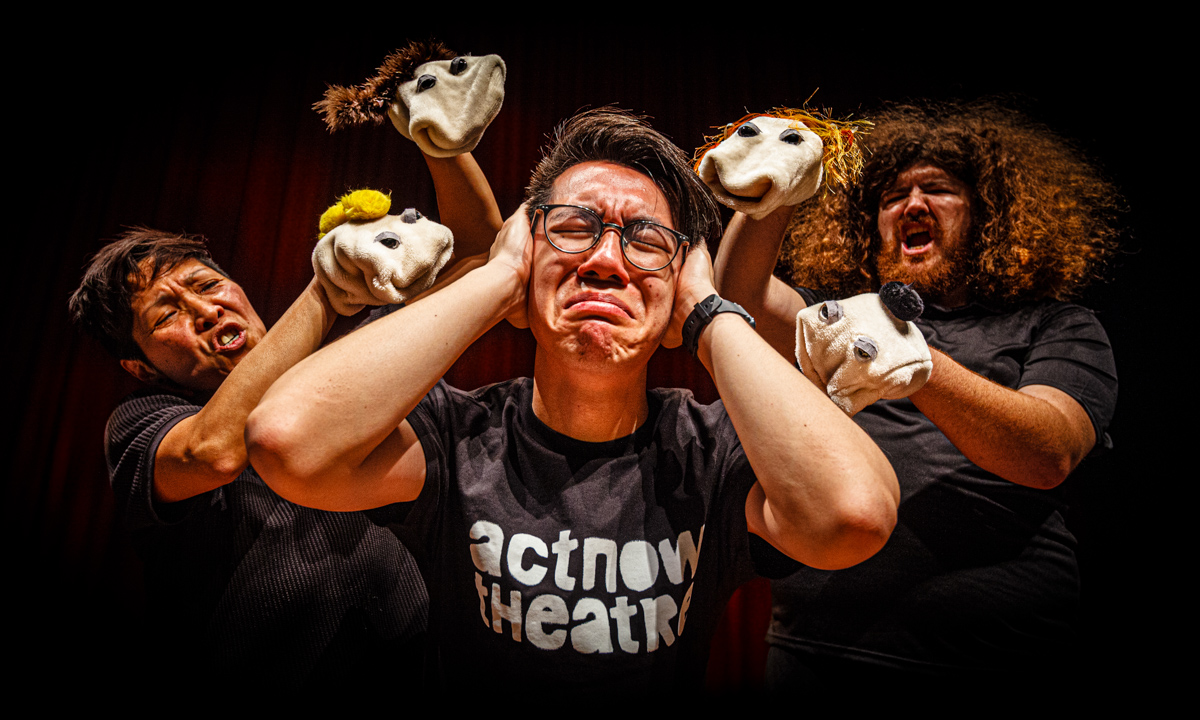 Its flagship program Responding to Racism is presented in high schools and looks at how racism affects people on a daily basis, as well as providing strategies for prevention and intervention.

“That’s the aim with all our work – we try to empower people to be able to step in,” Yasmin explains. “Obviously in the real world, it’s really hard to step in… so it’s trying to figure out, what could you do?”

The school programs have been developed in close collaboration with Reconciliation SA, which supports an extended delivery of Responding to Racism in the form of a day-long congress – Generation of Change.

In an exciting development, ActNow is preparing to tour Responding to Racism to schools in NSW and Queensland.

It has also been working with Reconciliation SA to create a workplace version of the program, which will be presented to a number of government departments next year and has sparked interest in the private sector. The next step will be to look at the thorny topic of racism in sport.

Consulting and working with diverse communities is a crucial part of ActNow’s process.

With Jumu’ah – which follows the relationship between three siblings and their experiences at school before and after a racially charged attack on the youngest sibling that leads to her losing her life – it partnered with the Centre for Islamic Thought and Education at UniSA, and consulted members of the Muslim community in Adelaide.

“A lot of the work we do is about scaffolding,” Rhen says. “It’s building the stories from the voice of the people that it comes from and for them to share it. And obviously we work with artists from those communities as well, so it’s their voices, their stories; it’s by and with, not for, those communities.” 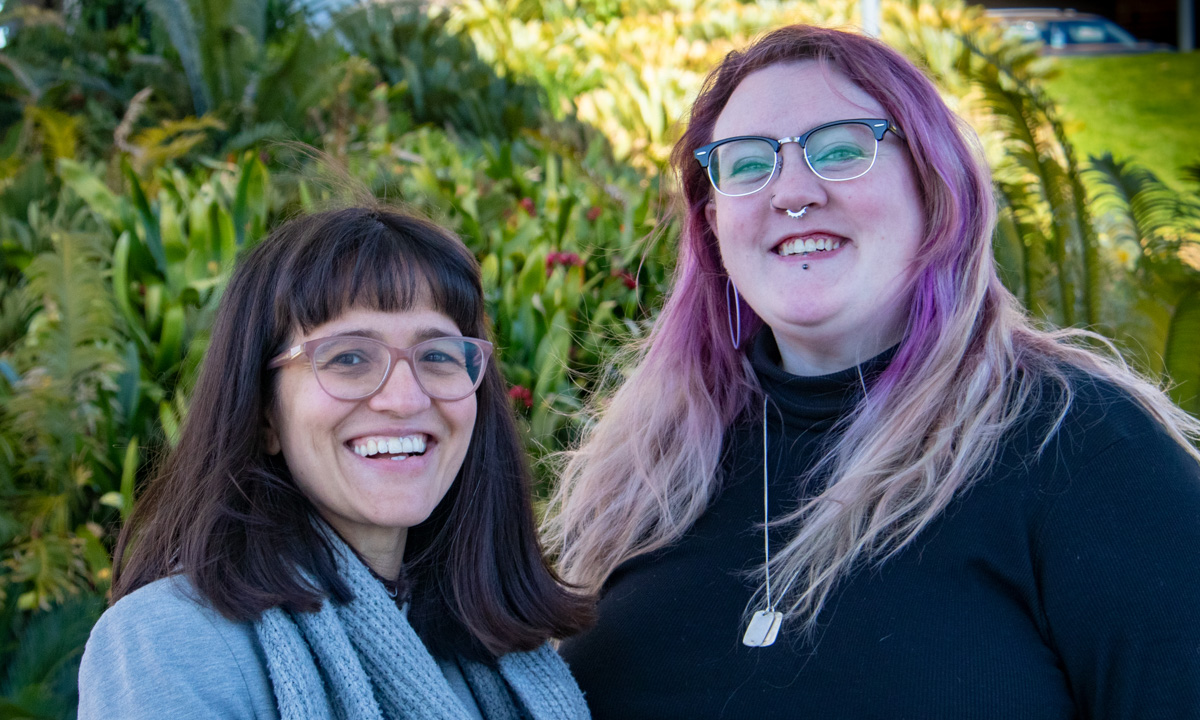 This feeds into the company’s vision for “the democratising of storytelling”.

In Australia, culturally diverse and queer artists have long been under-represented on the main stage – as have the stories and experiences of people within their communities. The tide is beginning to turn, but Yasmin says some of the effort still feels tokenistic.

“That’s how they tick the boxes, but then there’s no opportunities for those mid-level [artists], or there’s limited opportunity for the mid-level artists, and that can be quite challenging,” they say.

That was part of the impetus for ActNow’s new MakeSpace Residencies, which are designed to support artists from BIPOC and queer Adelaide arts communities.

Juliana, the first of the four to take up her residency, is exploring themes of religion, culture, shame and sexuality.

“I hope to explore how complicated and multi-faceted human sexuality is, and the lengths that people and cultures go to ignore, suppress, dismiss, shame and deny humans their right to a complex and layered sexual identity.”

Multi-disciplinary creative Yasemin, who debuted her one-woman show The Illest at this year’s Adelaide Fringe, draws on her Muslim, second-generation Australian, queer, disabled and neurodivergent identity and experiences in her work.

“Most of my life I often felt like I didn’t fit in anywhere, not even in my own body at times, due to my disability or neurodivergence,” she says.

“I want to do a video performance piece that reflects my journey towards greater self-acceptance.”

The focus of all the residencies is on digital outcomes, be it a TikTok series, a filmed online show or something else entirely.

Rhen says ActNow’s digital innovator, Blake Taylor, will work closely with the artists to produce work that expands the organisation’s reach “and feeds into an exciting new world of performance that straddles live and online platforms – a hybrid of the best of both worlds”.

While much of ActNow’s work is presented in “closed settings”, such as schools, one of Yasmin’s goals since taking over as artistic director is for the team to present more public-facing performances.

It is currently developing a hybrid theatre-spoken-word work with Manal Younus, which has the working title Bilal, and there are also plans for a major flagship collaborative work in the next few years. 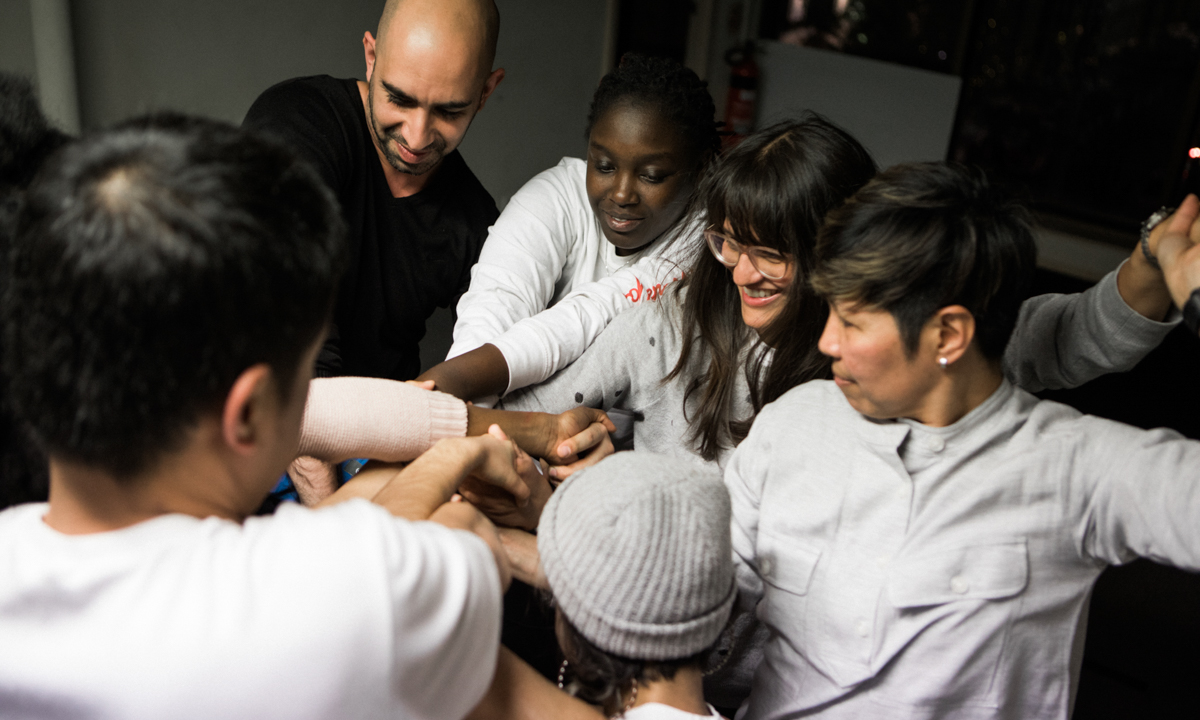 A coup for ActNow was securing four-year funding last year from the Australia Council, which, along with multi-year funding through Arts SA, has enabled it to boost its core team to 4.8 full-time-equivalent staff – plus resident Italian Greyhound Polly-Jean (named after PJ Harvey).

At the same time, ActNow has rejuvenated its board to ensure it is highly representative of the community in which it works.

These days, say Yasmin and Rhen, the organisation is delivering double the number of programs and activities it was just a couple of years ago. But at its heart, always, is a sharp focus on championing the work of under-represented artists and empowering communities through art.

“I’m such a big advocate of authentic representation and sharing authentic stories, and I believe by doing that it creates greater empathy and understanding within communities and the society in which we live,” Yasmin says.

“It makes all the difference when people can actually see what it’s like for other people and the shoes that they have to walk in.

“For us, it’s about levelling the playing field, not just with regards to representation but also the access that’s available for people to be able to share their stories.”