How to… Festival of Architecture and Design

Last night, one of Adelaide's newest festivals - the Festival of Architecture and Design - was opened with a (now almost obligatory) laneway party. Here's our tips on navigating a program that speaks of how design decisions have shaped our past and will affect our future. 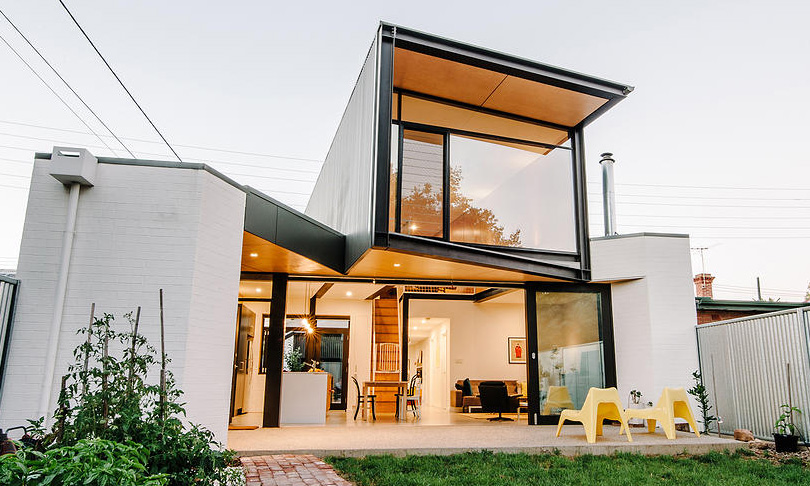 Between the upcoming Adelaide Fashion Festival and Adelaide Film Festival, CheeseFest and the just departed OzAsia – there’s no way you can do everything. But you must do as much as you can – so below are some not-to-be-missed events from one of the festival calendar’s newest entries – the Festival of Architecture and Design (FAD).

Z Ward – Behind the Walls

If you prefer your architecture with a dark twist, or you really liked American Horror Story: Asylum and haven’t been overly impressed with the seasons since then the ‘Z Ward – Behind the Walls’ tour is for you.

Closed in 1973 and narrowly escaping demolition, Glenside Hospital’s infamous Z Ward  is being opened for the Festival. Formerly home to the criminally insane, this guided tour offers visitors the chance to take in the beautiful spectacle of EJ Woods’ Victorian architecture, whilst also giving a firsthand glimpse at the unsettling attitudes towards mental illness evident throughout South Australia’s history. Locked away and hidden from the public until 2014, the guided tour of the ward is equal part a celebration of stunning and thoughtful design and a confronting look at our state’s past.

The tour is scheduled for Saturday, October 10  and the event is ticketed. For those wanting a different experience of Z Ward, Hidden Sounds from the Z Ward – a dinner and live music event – might also be worth a look.

Adelaide has enough intriguing and inspiring facades to create curiosity in even the most casual observer. Satisfy your sticky-beak with FAD’s open house, open city and open studio events, where hallowed doors are opened and us regular mortals get to take a wander on the inside. This showcase of exceptional architecture – from public buildings, design studios, to residential houses – is an exercise in appreciating a well-thought-out built environment. We also like it because there’s a particular enjoyment in traipsing through places and spaces in which we would generally not be allowed. And most places don’t even cost a dime to visit.

Roam freely in accordance with the schedule, which covers October 9, 10 and 11.

On Paper: Unbuilt works from the Architecture Museum The Architecture Museum is celebrating ten years in the Kaurna Building by putting on display some of the 200,000 items that sit in its care. Featuring everything from drawings, slides, photos, records, books and periodicals – this collection of architectural ideas that never made it off the drawing board speak of what Adelaide could have been.

From a proposal for the Brighton Hotel to a possible subway system on King William Street, this exhibition reaches out to the architecture and history lovers among us.

It’s showing at the Foyer Gallery on level 3 of the Kaurna Building from October 13 until November 6.

Future Forum : The Age of the Driverless Car

Driverless cars are no longer a distant Jestons-esque dream, but instead a policy reality that has become somewhat symbolic of the Weatherill Government’s enthusiasm for embracing new technologies.

This forum, facilitated by FAD creative director Dino Vrynios, features a panel of South Australian experts – from Premier Jay Weatherill himself to Lord Mayor Martin Haese and speakers from the RAA, Department for Transport and Infrastructure and Department for State Development amongst others. The panel will tackle big ideas about how driverless car technology could reshape our city and our thinking.

Tickets are available for the event, which takes place on Tuesday October 13 at Adelaide Town Hall from 12pm – 2pm.