Ahead of a Nexus Arts fundraising gig this weekend, Afghanistan-to-Iran-to-Adelaide multi-disciplinary creative Elyas Alavi explains why everyone – including cultural institutions and governments – should do more to help those in his home country. 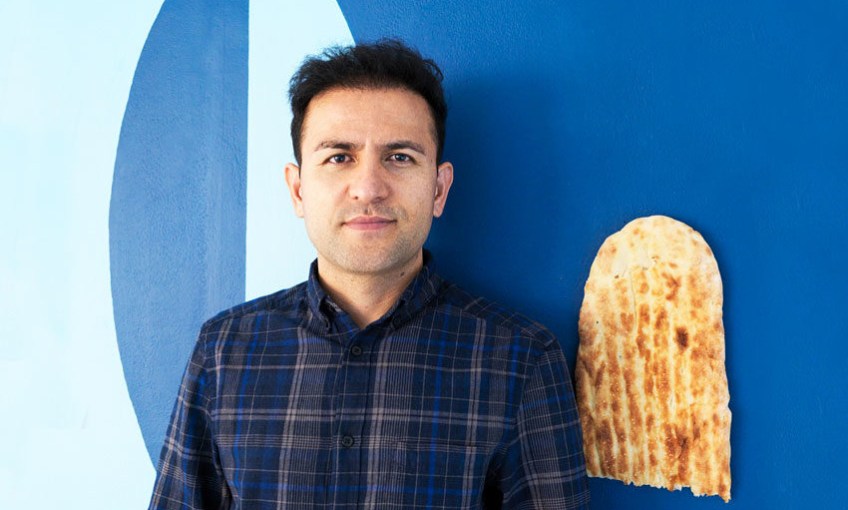 It’s hard to pin down Elyas Alavi for a chat. When trying to lock in a time, we feel guilty demanding time from the visual artist and poet, who we’ve been told is actively trying to get his family out of Taliban-occupied Afghanistan.

Once we get him on the phone, Elyas confirms he’s trying to help his brother, nephews and nieces search for a way out.

“They are willing to go anywhere,” he says.

“If there’s an opportunity for one of the members of the family to go, they’re saying ‘Okay, you go – you’ll be safe.’

“It’s really heartbreaking to see how this new generation is going to end up like us, or more displaced than ours.”

After two decades of war, on 15 August the Taliban captured Afghanistan’s capital of Kabul. It signalled victory for the group, with upsetting scenes of people clinging to US military planes, desperately trying to flee.

This weekend, Elyas will read two poems at North Terrace live music venue Nexus Arts for a concert dedicated to raising money for the people of Afghanistan, via humanitarian charity Mahoba’s Promise.

He will be joined with performances by neo-folk musician Naomi Keyte, Pakistani-Australian Sufi singer Farhan Shah, Iranian santur player Maryam Rahmani, and up to eight others.

He identifies as a Hazara Afghan – an ethnic Afghan minority – and was born in Daikundi province. Although beautiful, the mountainous area also holds a “very dark history,” he says.

“About 120 years ago, a massacre happened by the king of the time where more than 60 per cent of [those with] my ethnic backgrounds was killed, and forced to leave their home and they went to neighbouring countries, especially Iran and Pakistan,” Elyas says.

“Our ancestors, our grand-grandparents, had to escape to the mountains. They left the area so we ended up living in quite a harsh environment.

“I feel connected to that place. I really miss it as well.”

Like his ancestors, Elyas fled. He was a “person leaving a country in conflict”, living for a period in Iran. He formally migrated to Adelaide in 2007.

Now reflecting on the decade and a half he’s spent in Australia, he admits feeling torn.

“I do call here home,” Elyas explains. “But still, I have a very strong connection with where I was born in Afghanistan and where I lived in Iran.”

With the unfolding situation in Afghanistan, Elyas wants the Australian government and cultural institutions to step up and do more for Australian citizens, such as himself, with family back home.

He wants the Federal Government to expand its humanitarian visa program to more than 3000 places, which, to him, is “an insult”.

He is also urging arts and cultural institutions to offer mentorship programs and residencies to artists or scholars, which will “literally save lives,” he says.

“I don’t want them to forget their friends in Afghanistan, because they now cannot speak up out of fear,” Elyas says.

“Twenty years ago, [the Taliban] destroyed so many artworks, they destroyed the giant Buddhas in Bamiyan Valley, and they burned museums and galleries, killed so many musicians.

“They just literally hate all forms of art.”

Elyas encourages people to attend the Nexus Arts fundraising event this weekend, and consider donating to Mahboba’s Promise. You can also lobby ministers, show up to protests, and write to Members of Parliaments about the action that needs to occur.

“We have so much power in our hands, and given what’s happening in Afghanistan we can do more,” he says.

“I want that my fellow Australian artists to think the same. Don’t forget Afghanistan.”