Coming out of the making of her debut EP 'Nilotic', Elsy Wameyo is an artist reborn, having found a new sound and renewed purpose while creating, for the first time, in solitude. 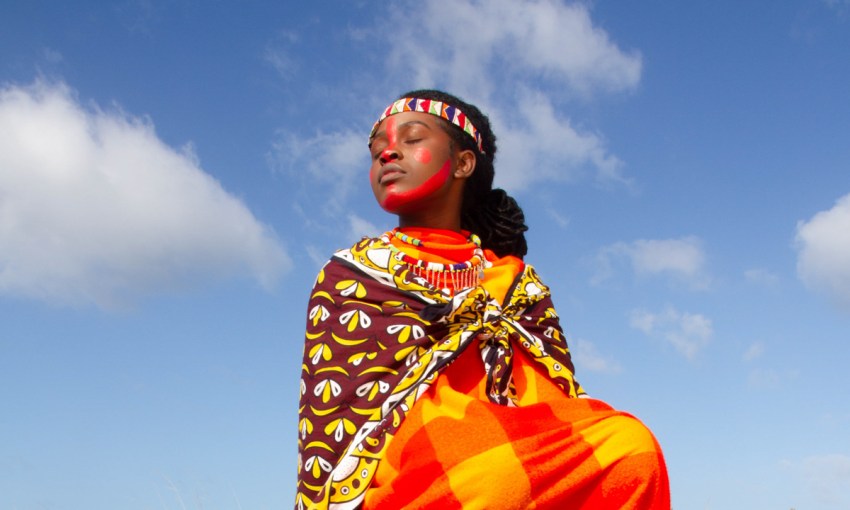 It’s set to be a wild couple of months for Elsy Wameyo.

The songwriter released her long-awaited debut EP, Nilotic, in April this year, and she’s taking the record on a headline tour, with four dates in August and September.

She’ll join the Hilltop Hoods for all six dates of their national tour, happening through August and September.

Elsy will also appear in a lead role in The Deep North – her first theatre gig – which is being staged at the Adelaide Festival Centre over another four days in September and October.

Having just come off a slot at Splendour, there is only one concern she has about the tour schedule ahead. “The idea of not resting is what feels daunting right now,” she laughs.

As a performer, Elsy is not short on energy, but since the writing and recording of Nilotic, she’s become charged with purpose. The EP unveiled a radically new sound, if not an entirely new direction for the artist.

Elsy first engaged with Adelaide’s music community through Northern Sound System (NSS), where, at around age 12, she was introduced to the writing and recording process.

NSS is a highly collaborative environment, and Elsy’s career started in that mould. Her first singles, ‘Intuition’ (produced by Chris Eastall) and ‘Daily’ (produced by Mario Spate), were bright pop songs. They were followed by ‘Outcast’, ‘Pastor’, ‘Never There’ and ‘Time Flies‘, all Mario-produced tracks, in which Elsy began to sing about her Kenyan heritage and experience growing up African in Australia.

This is the direction Elsy wanted her art to go in, but the songs didn’t feel reflective of the musician and thinker she saw herself as. Collaboration, she says, was partly to blame for the disconnect.

“I love to work with others. But if I’m being absolutely honest, I actually struggle to collaborate,” Elsy says.

“I’d never really been 100 per cent happy with those [earlier] songs, because I had always known the sounds I had in my head.

“And Mario’s a genius, do you know what I’m saying? It’s just on my end, because… Nilotic had always been ringing in my veins, but I just never knew how to articulate it.” 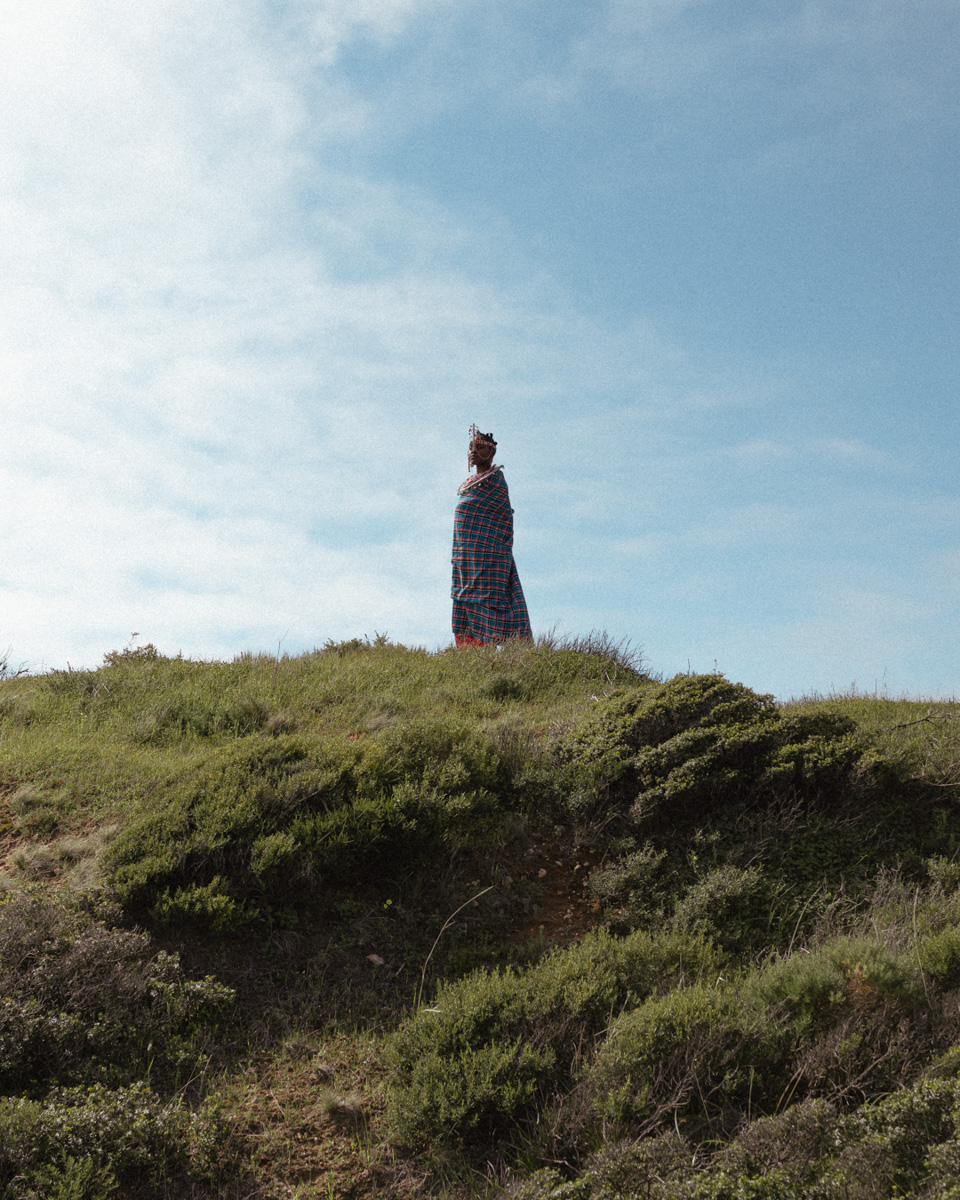 Elsy leant on others to produce her music because she wasn’t familiar with the tools of creation. “At that time, I never knew how I could even try and tackle producing something by myself,” she says.

Like so many bittersweet stories of the last three years, the pandemic created the conditions Elsy needed to find Nilotic.

It was 2020, Elsy had cancelled some studio time due to a lockdown, and she found herself at home, watching and thinking about the Black Lives Matter protests of that year.

“I just had no other thing to do but to write, and… it all just came out of me,” she says. The words flowed from the same source, but there was something new in what she was writing.

Alone and inspired, Elsy experimented with making songs from scratch on Ableton and muddled her way into a revelation.

“I remember laying down the first track, ‘Nilotic’, the guitar lines. I have a guitar at home… which isn’t even the greatest guitar, but that was the only instrument that was available to me,” she says. “Being so restricted just made me explore a bit more… You are really forced to think outside of the box, and you create in a very different way.”

The song was what Elsy had been searching for. She was sure of it. She showed it to friends, who couldn’t hear what she heard. But she knew she was onto something. “I would rewind: ‘Did you hear what I said? Hold on! You’re missing something here. Listen to what I’m saying’.”

‘Nilotic’ became the EP’s title track and a creative guidepost for the still-forming project. But first, it was a roadblock.

“God definitely humbled me,” Elsy says. “I was in writers block for about seven months, and I struggled to understand why, because I was like, ‘I’ve done it once, why can’t I do it again?’”

Black Lives Matter was not the only source of inspiration for the EP. Throughout the making of Nilotic, Elsy started digging deeper into her Kenyan heritage, considering in new ways how it shaped her.

Again, this is not new creative terrain for Elsy. In ‘Outcast’, she wrote about the internal struggle of marrying the pride she felt in herself and her heritage with the way she was perceived by the majority white community she lived in.

‘Outcast’, though, is told “from a very scared little girl’s perspective”, she says. “I sat on my mum’s bed, and I was just very little and crying about being an outcast, and ‘Oh my gosh, they don’t want to accept me’.”

Elsy took part in Zoom workout sessions during the pandemic with a group of people back home in Kenya. During these digital gatherings she learned more about the culture she was born into. They were older, wiser, some of them artists, and she began to see an alternate version of herself.

“It was really beautiful to get a perspective from people of colour who haven’t left home, who are still in Africa… because they were so firm, they knew exactly who they were, and for me, I was almost the complete opposite,” she says.

Deeper again she dug, until she saw gold.

“Like most Black people, I’m coming from a lineage of kings and queens, do you know what I’m saying?” Elsy says.

“Even just for people we can recognise today – Barack Obama, Lupita Nyong’o, these are people that, back in my village, are next door to me. I can walk to their homes. And so the proximity to such greatness, for me, I was like, ‘How can I be so close to someone so great, and me myself, I’m not’.

“I feel like that power, that confidence we all have in us as Black people, it’s been buried because of everything that we’ve been told and taught for so, so long. So I think we all have to just dig, dig, dig.

“We have to first uproot all the negative things that we’ve been told… and then give room for new ideas and new things to blossom so that we can walk in our truth and walk in our excellence.”

The creative block ended and ‘River Nile’, the second song created for the EP, emerged. ‘Sulwe’, a song named for the Luo word for ‘star’ and sung entirely in language, came later, through the ramshackle use of whatever was at hand. “Got a pot, put water, and just recorded that. We got sticks, we got keys. It was just very raw,” she says.

The method didn’t matter as much as the purpose: giving voice to Black excellence, shining a light into the sky for the African diaspora who had not yet uprooted the negative conceptions placed upon them by their adopted homes.

‘Nilotic’ was the first single to drop from the EP, hitting streamers in November 2021. The young, inward-looking girl in ‘Outcast’ was gone. A new Elsy had arrived. An Elsy for her people. An Elsy alone.

“The young Elsy that was writing ‘Outcast’ wasn’t going to a Black Lives Matter movement march, you know? I wasn’t seeing or hearing people that were older than me saying certain things,” she says.

“As you spiritually grow, you see things from [new] angles… I think it’s really just the growth, spiritually, to have that confidence.”

Ahead of her Nilotic tour, Elsy is grateful for how the record has been received so far.

“I’m just grateful that people have listened, they’ve understood and they’re enjoying,” she says. “And I’m hoping they’re trying to digest and tackle all the things that I’ve said and learned from it.”