Elsy Wameyo: The stage is a platform

From a young age, Adelaide musician Elsy Wameyo has felt at home on the stage. As she works towards the release of her debut EP, the spotlight has come to mean so much more.

Elsy Wameyo found her voice at a young age.

The Adelaide singer and songwriter doesn’t recall music being a major part of her life before moving to Adelaide at age seven, but through church and school choir she discovered a love for singing and for the stage.

Off the back of two singles released last year, she’s performed at Jive, Rocket, Nexus, Chateau Apollo, Laneway and Groovin the Moo, and even accompanied her Playback 808 labelmate (and the label’s founder), DyspOra, in a performance on Tonightly, Tom Ballard’s now-defunct ABC2 television show.

She still recalls with great clarity her first solo choir performance at school, in front of parents and peers, wracked with nerves.

“I remember shaking. Oh my god… I was sha-king. I can still feel it in my soul to this day,” she laughs.

Singing in church, Elsy felt a freedom from judgement – “that’s God’s sanctuary so he would never fail you,” she says – but performing at school meant the stakes were higher.

“It was within me, I just had to crawl around and find it, and once I found it, it was like boom, there you are – there’s Elsy Wameyo,” she smiles.

“When I get on stage [now] there is this sense of this is where I’m meant to be, you know. It’s making people smile and laugh and cry. It’s really fun. It makes me so excited.” 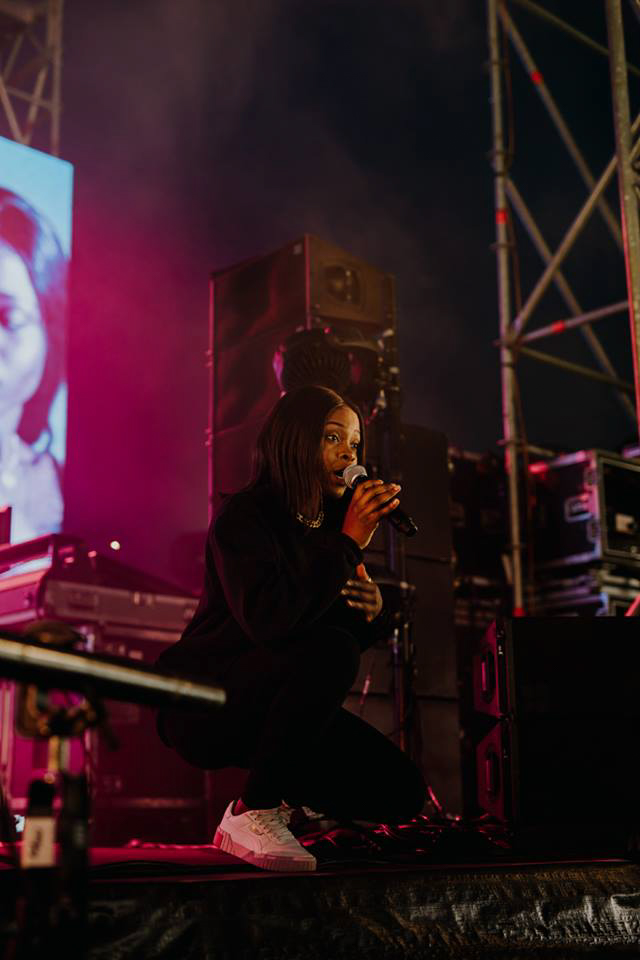 Elsy came to Adelaide from Kenya with her parents at a time when the African diaspora had not spread far throughout the city.

“Coming to Australia, the only Black child in the whole school, it’s tough. It’s very tough,” she says.

“I used to get picked on for having braids in my hair, like the stupidest things. They would literally pick at everything.

“When you’re already so vulnerable and insecure in this new world, you kind of just abide by those rules. They come and tell you, ‘You can’t have braids in your hair,’ so you never do braids again.”

Eventually more African kids would come, bringing with them a sense of community and common experience that Elsy had been missing. But before then, Elsy’s voice was the first cultural bridge between her and her classmates.

During solo performances in choir class, the kids in her class would call and chant her name. “It makes you feel that little bit more appreciated,” she says.

Music became its own sanctuary. 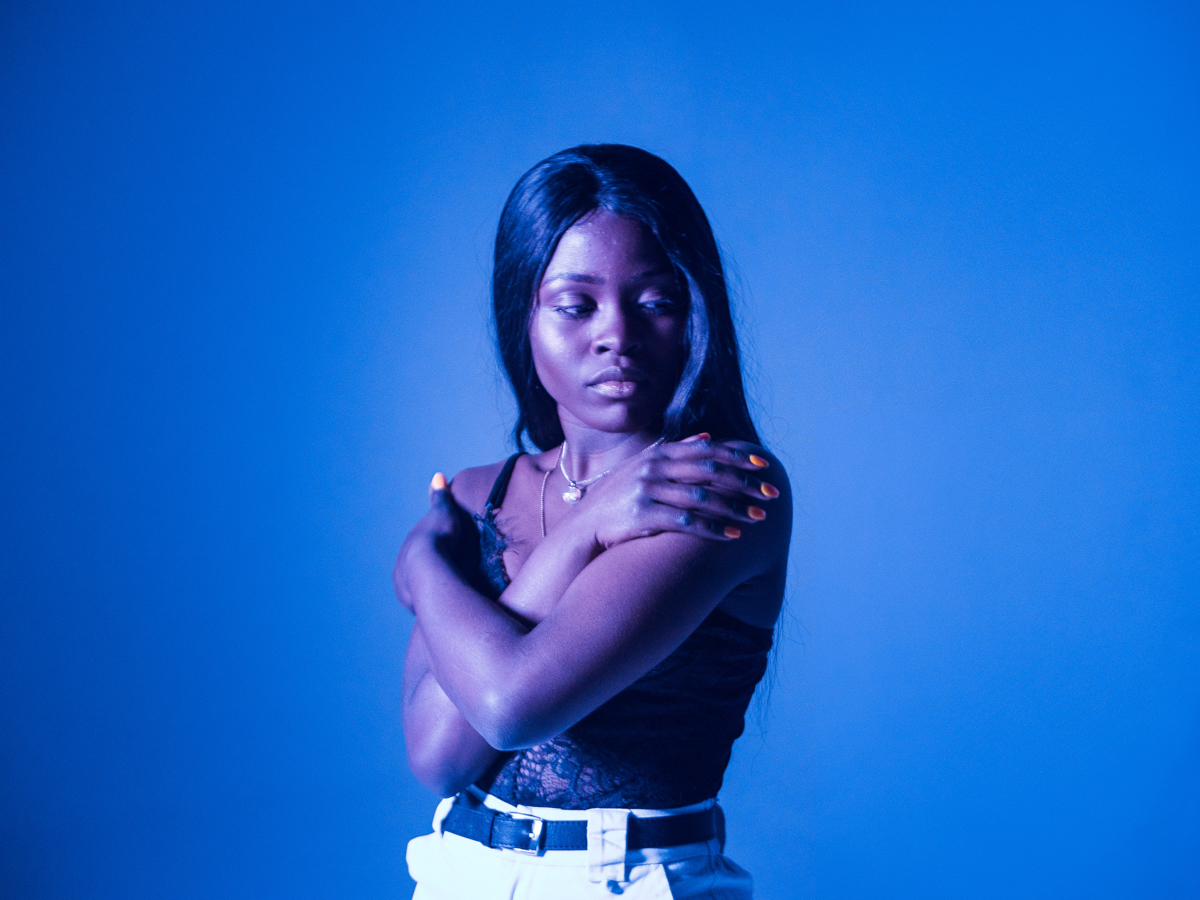 Of her two parents, Elsy pins her love of music on her dad. A lover of Congolese music, he filled the family household with rumba and soul, the latter of which Elsy was drawn towards artistically.

Recognising the effect that singing was having on his daughter, Elsy’s dad started looking for avenues for her to pursue her craft further. Elsy was 11 or 12 when she visited Northern Sound System (NSS) for the first time, for Check 1 2, a weekly open day hosted by the studio where anyone from age 12 to 25 can come in and use the studio for free.

Quickly, the NSS crew became like family. Nick O’Conner, bassist with Heaps Good Friends and an engineer in the studio, “took me in as his child,” Elsy laughs, and showed her the ropes.

“At that time we had Tkay, so I used to record with Tkay at NSS. I think just watching her grow and stuff, I was like, She’s doing it, why can’t I do it?” Elsy says.

Elsy would record cover songs and bring them home on CDs to play to her family, and she quickly picked up a reputation for her confidence on the mic.

In November 2017, she was approached by DyspOra (AKA Gabriel Akon) to join Playback 808’s artist roster.

“I opened for their first concert,” she says.

“I was like, ‘Oh, I’m just opening,’ you know? It wasn’t until a few weeks after that that Dys invited me to his studio and I recorded on one of his tracks, Open Road, but after that, Dys and the team, they sat me down and were like, ‘You could really be the next big thing.’”

By mid-2018, Elsy had released two songs – Intuition, a slow-burning, soul-inflected, rainy day rumination, and Daily, an up-tempo pop EDM track. Elsy deliberately crossed genres so as not to paint herself into an artistic corner while she works on following the songs up with her debut EP.

“This is the first strand of DNA for you guys,” she laughs.

Elsy’s EP has been a long time in the works, and was recently aided by a Carclew grant, awarded earlier this year. She’s given herself a deadline of mid-October for its release, but her mix of youth and ambition is making the writing and recording process all the more difficult.

“I think when I started it was very light and it was businessy, this is what we’re trying to do, but I think now it’s just more aggression,” she says.

“As you grow you get wiser, and as every day comes, something happens and you go back and you change that song.

“There are so many stories that you just want to tell, and I only have five songs. I have to tell a whole story in five songs – how is that even possible?” 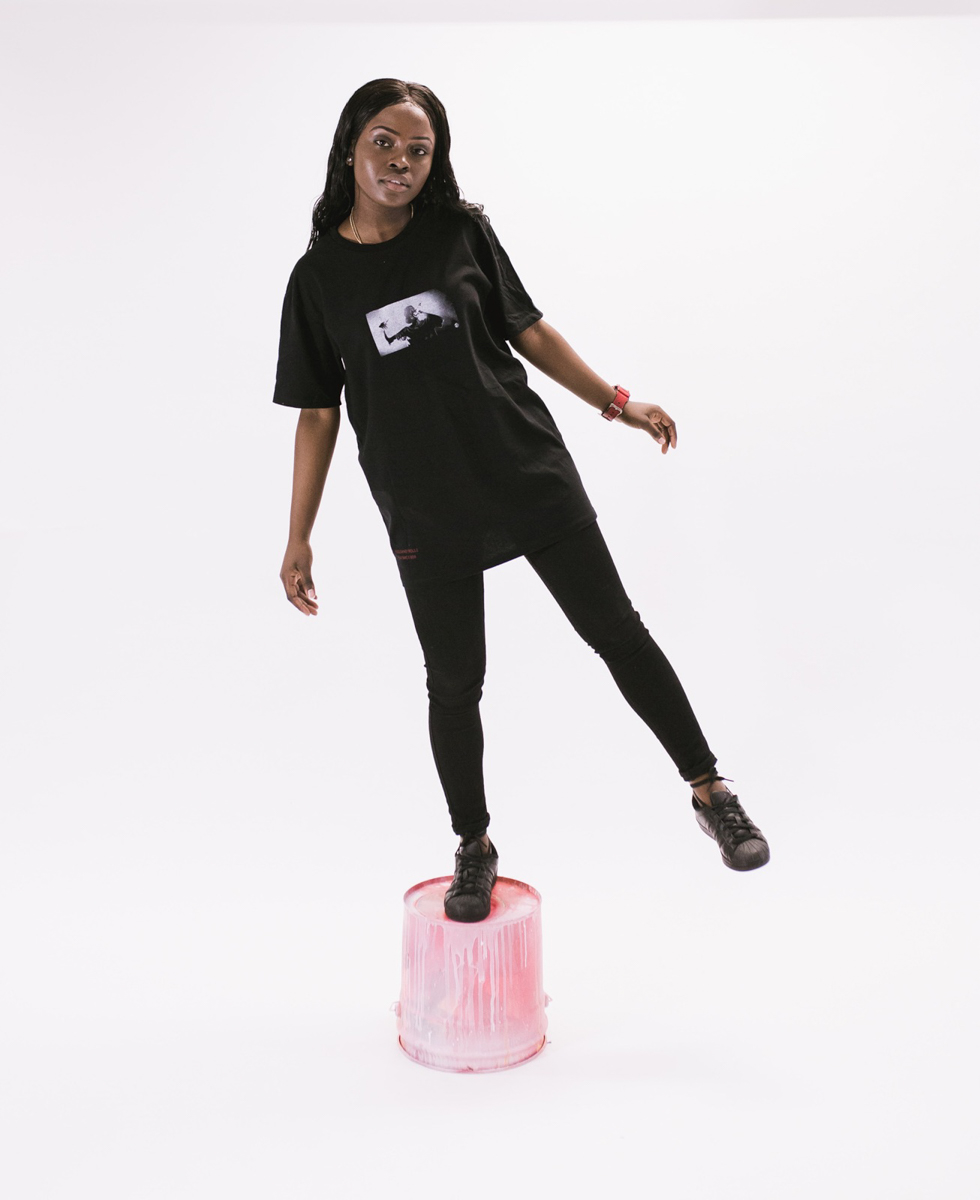 It’s no small task to create a complete picture of yourself as an artist in 15-20 minutes, and Elsy won’t settle for less than that.

Also present is the onus of representation; throughout our conversation, Elsy regularly references the influence artists like Tkay Maidza and Sampa the Great have had on her, and that there is still work to be done to bring African culture into the Australian mainstream.

“You come to this country where there’s only so very few Black people and these Black people are having a hard time fitting in, so you look at those gaps and you position yourself in a place where you’re representing them,” she says.

“People come here – and not just in music, but any performing arts any career – a lot of kids come from Africa, or wherever, and they lose their culture.

“You come here and you want to have that accent, you want to have straight hair, you want to look a certain way. Even me, when I first came here – the struggles. You want to fit in so, so bad. But as I grew up, I found the beauty in where I’m from, and being the different one is actually great.

“I hate comparisons – but even when Sampa just came out with going to Zambia, and the new Sampa came out, even from that I had to go back to my work and be like, ‘Scratch that. Let’s restart. That just ain’t it.’

“I’m trying to fit into shoes of people who are already up there, you know?”

Elsy has just returned from a couple of weeks away in LA where she attended VocalizeU, a 10-day artist development program, which she says will likely also have an effect on the direction of her EP.

Whether she’ll hit her October deadline, “only God knows,” she laughs, but when the EP does come, it will be the debut of a powerful voice amongst the increasingly influential Playback 808 kingdom.