Ahead of the behind-the-scenes documentary about his film 'Ribspreader' showing at the Adelaide Film Festival next week, filmmaker Dick Dale tells CityMag how he made the "splatter-punk video nasty" with no budget. 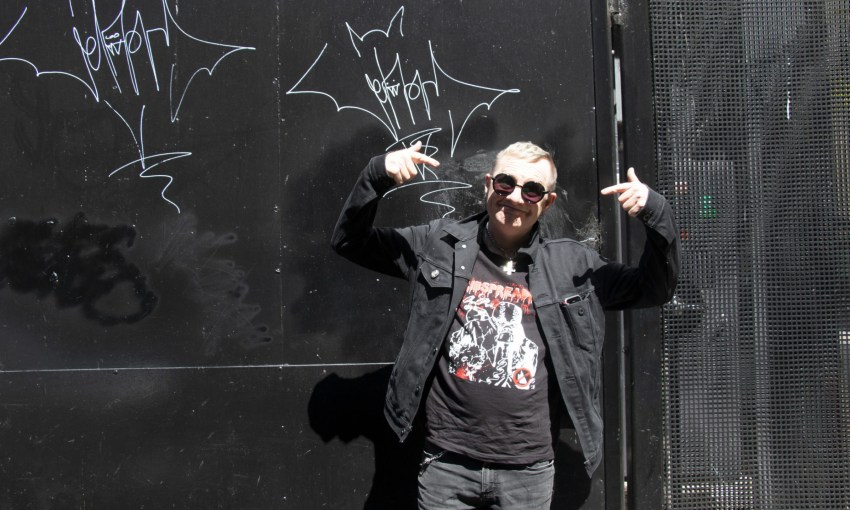 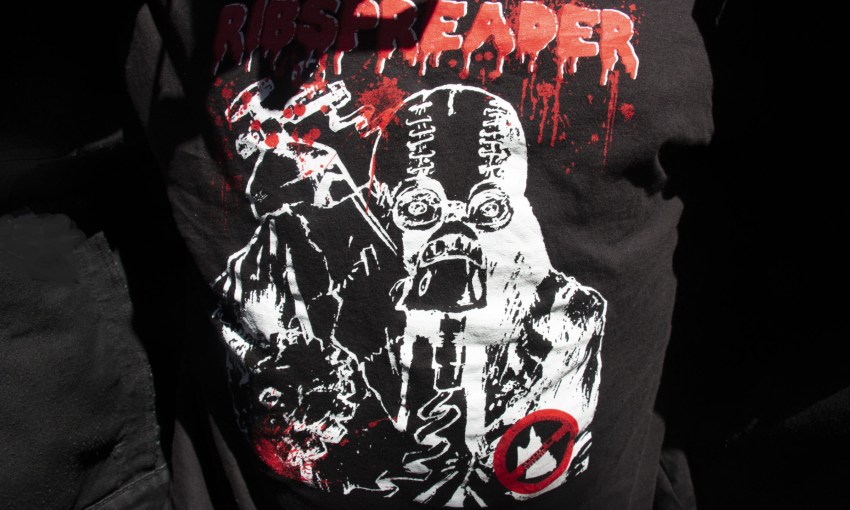 Cannibalism, cigarettes and chuckles is the premise of Dick Dale’s perverted pride and joy – the film Ribspreader.

“I will give the audience the blood and guts that they want, and that they deserve… and they crave, those sick bastards,” Dick says, with a devilish grin.

Video Nasty: The Making of Ribspreader, a documentary about Dick Dale’s film, is screening as part of the Adelaide Film Festival.

By the time Ribspreader screens next October, it’ll be seven years since the Adelaide-based film-maker and punk scene veteran started filming the “splatter-punk video nasty”.

Ribspreader is known to those in the underground creative community as the film Dick has been working on forever. Hundreds of people working as sound engineers, costume designers and camera operators have given their unpaid time and energy to get the gory flick off the ground.

“Some people ask me why I didn’t go for funding,” Dick says, “but I just need to prove that I can make a feature movie. I think next time, let’s get a really big budget and do something cool.”

Our tragic hero ends up on a killing spree, cutting out the lungs of chain smokers to make his own smoking jacket.

Watch the Ribspreader trailer teaser below. Viewer discretion is advised.

But Ribspreader is not just a local effort. Drummer Rat Scabies from UK goth band The Damned makes a feature, as well as country western legend Chad Morgan and actor Laurence R. Harvey from The Human Centipede 2. Actor Neil Foley, who played a mutant in cult Australian classic Body Melt, also has a part.

“It’s a comedy, by the way,” Dick says, adding he’s been kicking around the plot for years.

A first iteration of the idea was entered into a MONSTER FEST feature film competition and, although it didn’t win, Dick got some feedback as a finalist.

“One of the things they said was ‘your movie will cost $40 million’,” Dick says.

“So, I simplified it. I realised I’ve already started this now; I’ve done the treatment for it, I started all this groundwork for it, so I might as well continue on.”

Dick’s approach to filmmaking is totally DIY. He asks his Facebook mates if they know of any shooting locations dirty or mangy enough to be sets, and if any of them want to be extras. His special effects cast and crew makes entrails from things found in the kitchen.

In high school in Queensland, Dick says he enjoyed film studies, although his marks didn’t reflect this as he was always late handing up homework, and was always drawn to horror comics, such as Famous Monsters of Filmland, because he liked being scared.

“I wish I could find movies that scared me now, but yeah, it’s pretty hard. Very few and far between,” Dick says.

Reading those comics and finding horror films that were banned in Queensland fanned his fandom. Watching documentaries about film luminaries, such as Roger Corman and Lloyd Kaufman, when he was older, gave him insight into how to make films on a shoestring budget.

When Dick moved to Adelaide in 1991, at 25, because he says Brisbane became boring – “a lot of my friends got into heroin and the parties got crap” – he found a home in our punk scene.

He also became involved with SCAT TV, one of the city’s early community television stations.

“Before Peter Jackson was dealing with Hobbits [of Lord Of The Rings] and things like that, he was making horror films with lots and lots of practical effects, and some of them he was doing himself,” Dick says.

“It’s about how to make a film with your friends and hardly any money, and just enthusiasm, creativity, imagination. Put all your money on screen and in peoples’ stomachs. Feed your cast and crew. Keep them happy and treat them with respect.”

Dick sticks to this ethos, but not having money presents issues.

By relying on the goodwill – and free labour – of others, he works around their schedule. When Hollywood blockbuster Mortal Kombat started filming in Adelaide this year, some of his talent was rerouted there.

But Dick supported them. “Take the money and work!” he said. Dick himself works odd jobs, behind bars or in factories, on the side to stay afloat. The aim, though, is to be employed full-time in cinema.

The pandemic and border restrictions also slowed things down for production. “I had three actors from Melbourne, and I’ve had to recast one [because] she’s high risk to get COVID,” Dick says. 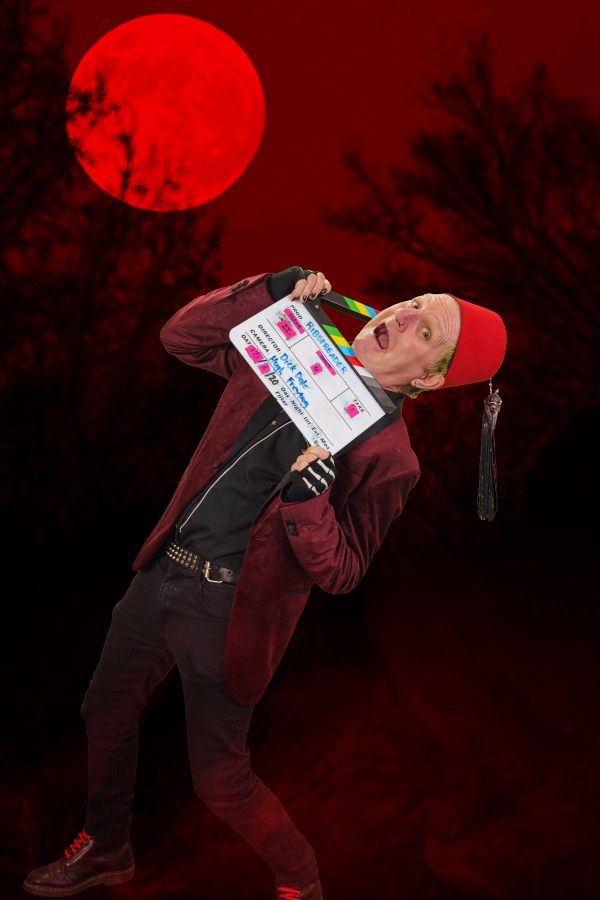 On the other hand, the film’s stop-motion animator, Alex Machin, has been luckier.

“One of the ones he made was very inspired by Goblin and Dario Argento films,” Dick says.

“Goblin saw it on Instagram and then hired, even paid him, to make the latest film clip.”

Jesse Breckon-Thomas, also known as the Screaming Meanies, from the Gold Coast, scored the incidental music for the film. There are horror samples thrown in, but it’s mostly centred on ‘70s sounds from the Italian Giallo genre. “Italian-inspired synthesiser music,” Dick explains.

Dick plans to get all the Ribspreader filming done by January next year for it to be released by October. He’s feeling good about it. So good, in fact, he’s already thinking about his next work.

In the meantime, those wanting a behind the scenes look at Dick’s seven-years-in-the-making film, Adelaide Film Festival is showing the documentary Video Nasty: The Making Of Ribspreader.

This has been directed by long-time friends and collaborators Matthew Bate of Closer Productions and Liam Somerville of Capital Waste Pictures.

“Come and see Video Nasty [a story] of my filmmaking roller coaster journey from rags to the op-shop,” Dick says.