The minds behind Paradise Loft Records are throwing a party for radio host Sam Walker, as he marks 10 years of advocating for underground music and interviewing local talent with his Raw Like Sushi radio show.

Since 2008, Sam Walker has spent every Wednesday night playing hours of music and interviewing hundreds of guests as part of his Three D Radio show Raw Like Sushi.

This Saturday, Paradise Loft Records will host a Summer Fair event at Oddio, which will also act as a celebration of Sam’s many years (more than a decade, in fact) dedicated to Adelaide’s underground music scene.

Though he says running the program by now feels like “second nature,” he’s humbled by the nod nonetheless.

“It was a really nice thing for the guys to do,” Sam tells CityMag.

“It was good of [Paradise Loft Records] to give me the opportunity because it’s made me stop and go, ‘Yeah, it’s been going for 10 years, and I got to interview great people and met all these great local artists and continue to do so.’ It’s nice to get to 10 years.”

Raw Like Sushi launched over a decade ago, with Sam pitching the program to community radio station Three D as a show that would play Afro, jazz, funk, soul, disco, beats and new grooves, which it stills does to this day.

In its earlier days, the show had Sam mixing vinyl before interviewing an international artist or deejay. The type of guests has changed since, with Sam organising more local musicians or selectors to visit the studio, to both mix records and chat. He says his intention now is to bolster and bring together SA’s music community.

“I wanted to make it more about supporting local artists and musicians and deejays more so, and to give them a platform to share their music,” Sam explains.

The first-ever Raw Like Sushi episode was one of the host’s most memorable, as he chatted with the now-acclaimed Norwegian musician and deejay Todd Terje, who sky-rocketed to fame years after the interview in 2012 with the earworm ‘Inspector Norse’.

“I was very nervous, and Todd Terje’s English wasn’t the best. I’d love to listen back to it,” Sam laughs.

“He did come to Sugar very early on, I think it was maybe a Thursday or a Friday, so I contacted him through this music forum that we’re both members on and got connected that way. It was really interesting seeing his career take off because his music is so great.”

“I’m not thinking about stopping” 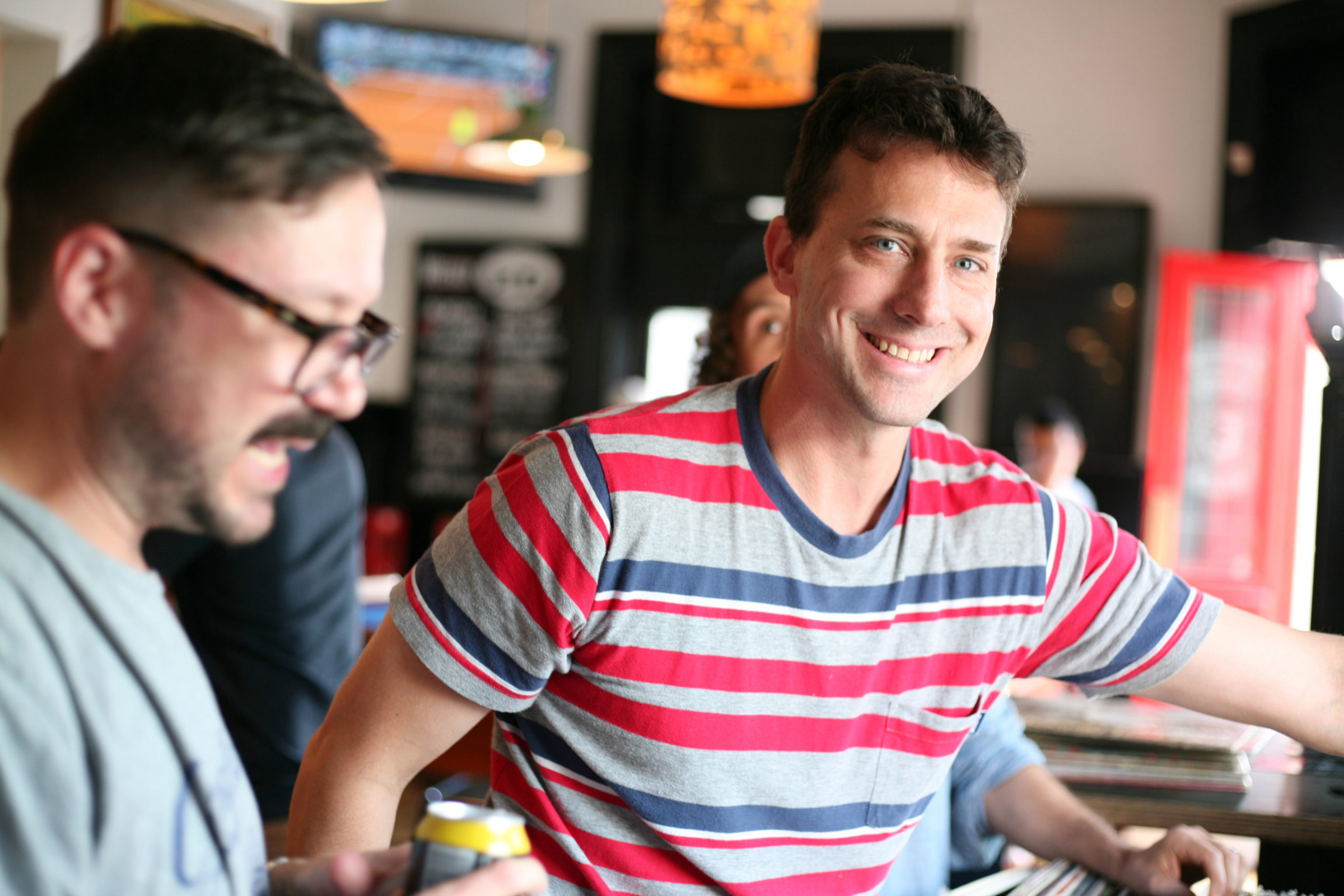 Other career highlights include the recent interview between Sam and UK-based author Tim Lawrence, who’s penned numerous books about electronic music culture and underground musical icons such as Love Saves the Day: A History of American Dance Music Culture and Hold On to Your Dreams: Arthur Russell and the Downtown Music Scene, 1973-1992.

Another high point was interviewing legendary English record producer and deejay Mr. Scruff two years ago, before supporting the touring performer at Sugar.

Although Sam’s been at Three D Radio for over a decade, his interest in music and broadcasting dates back much further. He remembers having a “little turntable” and record collection in his bedroom, and always listening to community radio, including Three D.

“I grew up listening to shows like Dreaming Daisies. That was a show on Tuesday nights and they featured techno and house. And then there’s another one called Let Me Clear My Throat, which was a hip-hop show,” Sam says.

After Sam finished high school, he participated in a summer Carclew youth program focussing on music and radio programming. He had a couple of years off from the world of public broadcasting and trained as a sound engineer, but then returned to the radio station in 2006 to fill in the odd graveyard shift.

About a year after rejoining Three D, a Wednesday night time slot became available. Sam jumped on the opportunity after being encouraged by friends and family and lodged his pitch for Raw Like Sushi with the station managers. Since then he hasn’t looked back.

“I’ll keep Raw Like Sushi going for as long as people are still listening and Three D Radio will have me.”

Despite online platforms such as Spotify or iTunes attempting to disrupt the way people – especially young people – access music, Sam says he’s noticed over the past couple of years more people engage with the station.

“Radio is maybe coming back because it does connect the communities a bit more, whereas you don’t get that with the streaming services. You get to hear a bit of the host’s personality as well.”