Top 7 ways to beat the heat

It’s summertime and, as NYC hit-makers The Lovin’ Spoonful once sang, there doesn’t seem to be a shadow in the city (also the backs of our necks are for some reason getting dirty and gritty). Luckily, there are many ways to keep yourself cool in the hot, hot city. 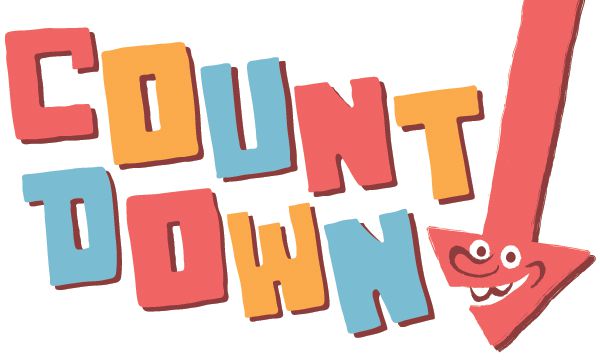 SEVEN
Since basically the beginning of time, humans have known that waving something near your face creates a breeze that makes you colder. Object face-wavery tech reached its zenith with the invention of the hand fan in around 400 BCE, and for more than 2000 years humanity didn’t look back. Fans imported from China became all the rage in 17th century Britain, with many of Queen Elizabeth I’s portraits featuring her holding the wonderful device. And then… something went wrong in Australia. Look to the streets of Adelaide, and you’ll see that today nobody uses fans – the elegant and ingenious little gadget has been completely, mysteriously expunged from our society. CityMag, for one, demands an investigation into what went wrong.

SIX
The solution for a hot day in India? A hot cup of tea. The principle behind this heat-beating solution is that the hot liquid causes your body to produce more sweat, which then cools you down as it evaporates. All of this makes sense, but we can’t help thinking that you might as well cut out the middle man and tip a cup of cold tea over your head instead. The bonus upshot is you’ll also smell minty fresh. Unless it was a black tea. In which case you’ll smell putrid.

FIVE
Speaking of putrid, the African lungfish has a great trick for keeping cool during the baking Central African summer. Step one: eat your way into the ground, passing the soil through your gills as you burrow downward. Step two: excrete a thick glooping of mucus around your body, which will soon harden to form a protective cocoon. Step three: enter into state of aestivation, which is essentially summertime hibernation – you’ll sleep and your metabolism will slow to 1/60th of its normal rate. Step four: wait for the rains to eventually melt your mucus cocoon, and then re-enter the water and don’t get swallowed by a hippo or whatever. Easy.

FOUR
Staying cool in the Japanese summer is easy – for one, hand fans are all the rage. But even better is the other method for chilling out: telling ghost stories. The gist of this trick is that a good, terrifying tale of horror will send a shiver down the listener’s spine, thereby cooling her or him down. Does it actually work? We’ll leave it up to you to try out. Note that CityMag will not be held legally culpable should you accidentally tell a heart-warming story and give your listeners a round of heatstrokes.

THREE
If you happen to be an elephant (please write in), then keeping cold in hot weather is simple: you just spray a bunch of dirt and mud onto your body. To be honest, it’s unclear how exactly immersing yourself in a cloud of botulism-infested dirt could possibly cool you down, but that’s probably why elephants haven’t developed rocketry or systems of government yet: they’re idiots. And we don’t have to worry about the repercussions of writing so, because they can’t even read.

TWO
While the hand fan may be a trend dating back millennia, we’re now right at the beginning of an exciting new alternate method of cooling down: watermelon pants. The superb idea was dreamed up by a man in Taipei, Taiwan, who realised that the watermelon he was serving to his five-year-old son “could probably be used to make a really cool pair of underpants”. Such is the mind of a genius. The watermelon pants trend caught on in a big way across the country, and we’re calling it now: the summer of 2014-15 will be the summer of watermelon-based clothing in Adelaide.

ONE
Elagabalus was one of the most hated emperors in all of Rome’s history. Most of his ideas were pretty terrible, yes – but there were some swell ideas mixed in there, too. For example, he decided that the best way to beat the scorching Roman summer would be to have a mountain of snow hauled in from the Alps and placed in his ‘pleasure garden’. Brilliant! So why on Earth aren’t we doing the same? Yes, it might take some brainstorming to work out how to transport all that snow over the Indian Ocean to us, but let’s at least give it a think. Let’s not throw all of Elagabalus’ ideas away into the Tiber along with his assassinated body, is all we’re saying.