Nicki Bloom's new play - Vale - uses the trappings of comedy to create something much darker and deeper than a few laughs.

In times that are characterised by a collective race to the bottom – where everyone from the government, to the media, to business, to even that seemingly innocuous guy on the street, all seem to be desperately trying to out-worse each other, comedy is a handy escape.

Vale by Nicki Bloom is presented by State Theatre Company. Its season runs Nov 17 – Dec 3 at the Dunstan Playhouse. Tickets are here or call 131 246.

But there’s a difference between comedy and wit. Fran Lebowitz, ever the peddler of wit, said that comedy is about feeling good. Wit is not. Wit is judgement. Wit is cold. It makes you think.

Written by the award-winning playwright Nicki Bloom following a mentorship with the late, Pulitzer awardee Edward Albee, the play is, according to Nicki, “a dark and brutal comedy that turns into a Greek tragedy.” 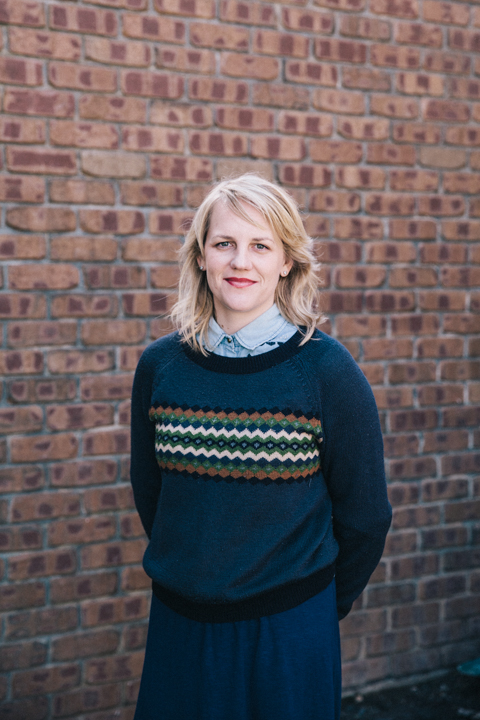 It’s set on New Year’s Eve in the penthouse suite of the Vale hotel, where we find self-made businessman Joeseph Vale, his wife Tina, their daughter Isla, and her boyfriend, Angus, celebrating.

The night is running relatively smoothly until an unexpected guest arrives, uninvited.

A study of injustice – both in terms of class and gender, and power – the work can be read as an allegory for the horror of a reality in which President Trump (who is so frequently a front runner in the race to be the worst) exists, but Nicki actually wrote the play in 2015, before his election.

“It’s a little terrifying to see that happening in the world at the same time as this play is happening,” she says.

“But I think… I was aware of the zeitgeist of what was happening at the time. The groundswell that is there and the anger that underlies the fact that someone like that can be the President of America, or can be a hugely successful businessman and the injustice of that. The rage that people feel.”

But in a world that elects Trump and where men like Joseph Vale can succeed, we are often forced to oversimplify. Good and evil. It’s what drives us to hate. It’s what makes us race to be the worst. And while this is good fodder for the creators of wit (like Lebowitz and Bloom) it doesn’t bode well for the survival of the art, which is often exists in the thorny and complex space in between good and evil.

Vale seeks to circumvent this through the creation of a palpable sense of tension.

“There’s no escape for the audience, it’s not like you can press pause or something. Because the play happens on a single night, in a single location, we’re almost working in real time … so it’s like there’s a lid on a pressure cooker and it’s boiling and you know the lid could blow at some point, at any moment, and you have to be there for it. You have to be there to feel it.

“I think people do come the theatre in order to be able to do that. It’s certainly why I come to the theatre, to switch off devices, to switch off conversation, and to focus on an argument or a set of characters or a set of circumstances and let that meet your brain and your life and then for you to do some thinking and assess where you are in relation to that and not to just dismiss it or get angry at it or think it’s all nothing.”

It’s no coincidence that, on the poster for the show, Joeseph Vale is pouring out a bottle of Moet champagne with reckless abandon. The play will be fun, yes, but sobering. It won’t make you drunk like champagne or a straight comedy. But it will be dizzying in its moments of biting clarity.