Quietly – well away from the controversy and the court cases – those in charge of the Royal Croquet Club's artistic program have made changes designed to test a new generation's appreciation for art. 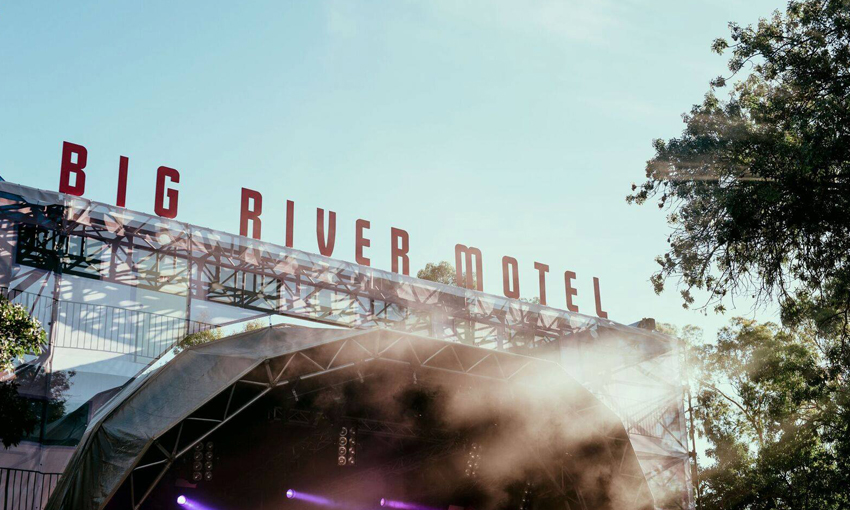 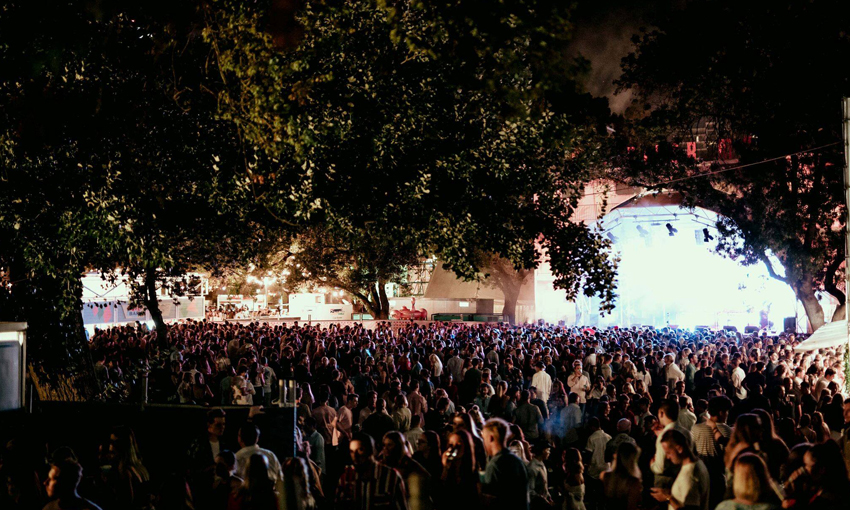 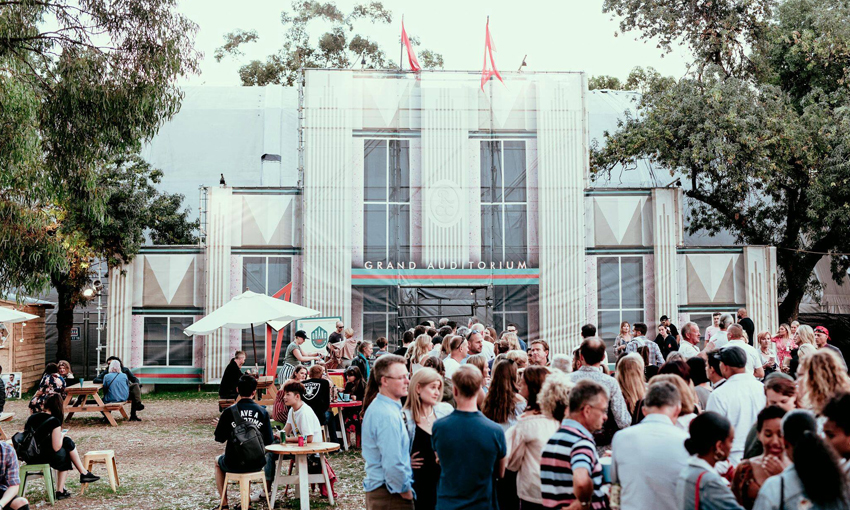 Sasha Zahra and Louise Clarke have been asked a lot of things about the Royal Croquet Club (RCC). But, even though they’re the venue’s artistic programmers, they haven’t really been asked much about its program.

Royal Croquet Club is located at Tarnda Womma along the River Torrens and operates until March 18.

“There’s this great program and there’s all these amazing artists, and you just think – can we just move on from everything else and talk about the shows?,” says Louise.

While the RCC has created plenty of headlines in the last few months, significant changes in the way the pop-up venue’s art program is being run have gone largely un-discussed.

But, despite not being as newsworthy as court cases and potential bankruptcy, these shifts do speak to something bigger.

Changes in the venues ticketing and programming are emblematic of an optimistic desire from Louise, Sasha, and RCC artistic director Stuart Duckworth to use the venue’s enduring popularity with millennials to foster a new generation of art appreciators.

Chief among these changes is the decision to put the venue’s major draw card – it’s live music and DJ series, which in previous years was offered for free to anyone who paid the small gate fee – behind a paywall in a separate, ticketed part of the venue dubbed the Big River Motel.

“People always love something for free, so when you charge money for it, of course you’re going to have resistance,” says Stuart. “But it’s about education. This is as much an education for me as it is for the audience in regards to not under-valuing the art offering.”

The Big River Motel sets, which include shows by global names like Justice and Booka Shade, are not only being used to demonstrate the value of the arts, but also as an opportunity to softly introduce the RCC’s crowd to the other genres of art available in the venue.

Before, after, or during headline sets artists from other Royal Croquet Club shows appear on stage in Big River Motel.

“We are kind of calling them artist takeovers,” says Sasha. “We’re essentially incorporating elements of performance before and after the main act in Big River. On the first weekend we had an aerial artist do an act and we have various immersive things happening.

“It’s making it an interesting space where lots of things happen – which is what Fringe is all about really. You don’t just see a DJ, it’s about what is interesting and surprising and dynamic in that space, which is kind of exciting to explore.”

Entry to Neon Forest – the RCC’s immersive, experimental art space – which in previous iterations was also free, is now also only available to people who have bought a ticket for a show.

In consideration of these ticketing changes, Louise and Sasha have deliberately built a program that actively fosters the crossover from DJ and dancing to seeing other shows.

In a highly physical and comedic program, amid the family-friendly works like 360 Allstars and Circus Abyssinia: Ethiopian Dreams they have incorporated shows that can become part of a big night out.

“Carla [Lippis] has been putting on an amazing line-up for her late-night show Midnight Marauders,” says Louise.

“We have this kind of intimate space in the Plaza Parlour and Carla is there doing these schmoozy late nights. Programming that, we are trying to get some of the people going into the Big River space to also go into the Plaza afterward and enjoy that late night schmoozy club thing – so there’s some continuity behind it as a music experience.”

Louise and Sasha also identify the stripped-back, independent circus shows A Simple Space and Monsteria as particularly appealing for a younger demographic.

The first two weeks of the RCC’s operation under these changed ticketing conditions has resulted in some pushback, with some less than favourable reviews appearing on social media amid the normal raving reviews. But Stuart says that he’s already accepted that, while the approach might not be popular with everyone, it is still important if it can make a difference for a few.

“But if we can have some sort of an impact on people valuing the experience they have when they go out, and understanding there’s more to a performance than just a DJ on a stage with some lights, for me that’s worthwhile.”