A first-run, national comic festival kicks off this Thursday with a steady lineup of fun and diverse events celebrating the medium, which combines poetry with graphic design. 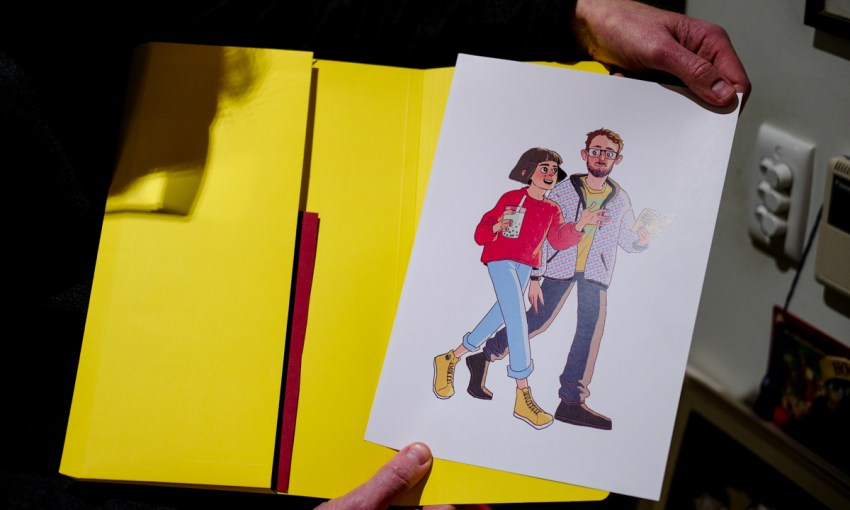 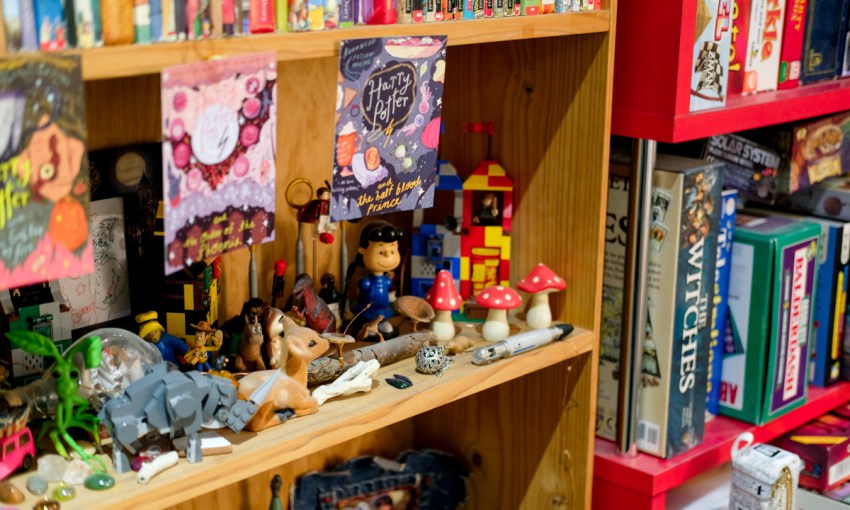 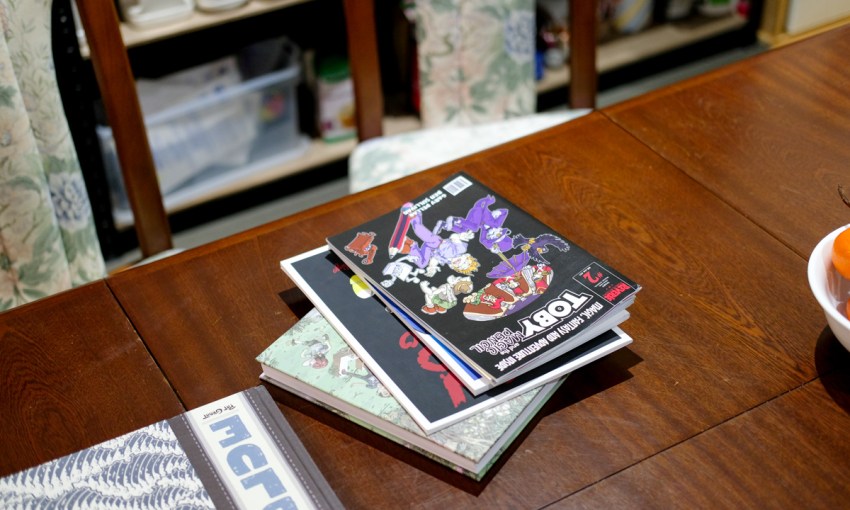 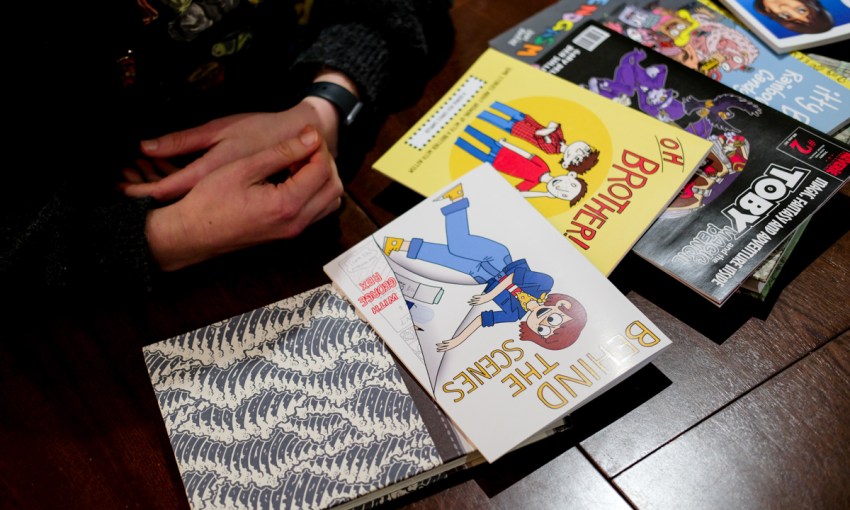 Papercuts Comics Festival is a throw-back and giant leap forward for the indie comic scene in Adelaide.

The event organisers Georgina Chadderton and Owen Heitmann have been making comics and facilitating comic making in this city for more years than we’ve been publishing CityMag.

Scroll to the bottom of this article for information on the individual events.

We first met Georgina when she was running a small baking business and supplying our then café – Magazine Gallery on Clubhouse Lane. Owen we’ve known since the days of Ex-a-sketch (beers and drawing at the Exeter) and the Homeslice parties run by DIY wunderkind Simon Loffler around 2007-08 in the city.

However, Papercuts is a big step up for the veteran event organisers, as it brings national artists to Adelaide and hosts five separate events over five days.

“We were in denial,” says Georgina about the work involved with mounting a five-day festival. “We were like, ‘We can do this’.” And doing it they are.

The festival launches Thursday night (12 September) at Dymocks Bookstore on Rundle Mall. The opening night event is a Q&A with three published comic book authors – a way for Gina and Owen to show the city that comics (never mind Marvel) are proper and you can buy them in real book stores (each author has books for sale in Dymocks).

Day two gets to the core of Adelaide’s comic book scene, with an art exhibition at Greenlight Comics on Stephens Place.

On Saturday night you can go to a live reading of a comic book by the authors (13 in total) while frames from the book are projected live and in sequence behind them like some sort of real-world audio comic book (our favourite idea of the festival).

Sunday, 15 September you need to head along to the market day where you can buy and browse comics made by Adelaide’s comic book artists as well as visiting artists from interstate.

The closing event, “Comics with Friends and Strangers” is a bigger version of Owen and Gina’s regular monthly get-together at the City of Adelaide’s community centre, The Box Factory, where they host a group drawing session. Both Gina and Owen expect to be exhausted by then, but it was important for them to end on the natural night they run their community project that involves people with a passion for putting stories in frames. 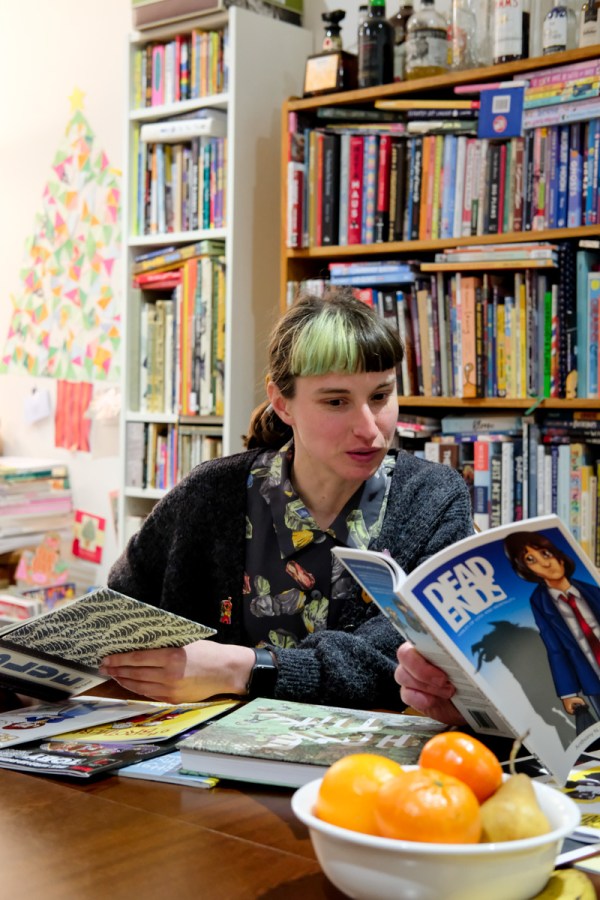 Georgina Chadderton at home among comic books of various sizes

“I think anything that becomes a labour of love becomes nerdy by default,” says Gina. “With Comics With Friends we try to break that down a little – bring in the social element – and that’s what we’re doing on a bigger scale with this festival.”

Owen and Gina’s excitement is contagious. And looking at the Thought Bubble website, we spy testimonials from Mike Mignola, creator of Hellboy, as well as evidence of the huge scale of the event that pulled thousands of visitors to the town of Leeds.

In Adelaide, Papercuts Comics Festival is starting small with 41 exhibitors from around Australia, but we can see authenticity in its beginnings that’s sure to turn this DIY festival into a juggernaut of illustrated poetry.

The New Yorker is famous for its single frame comics, Gary Larson of The Far Side fame pulled off a lot in a single frame too.

On the other end of the scale you’ve got graphic novels like Sin City and 300 and non-fiction works like Joe Sacco’s Palestine. This near-infinite spectrum of storytelling needs no electricity or wifi, just a pen, some paper, and an imagination.

That’s why we think comics are cool.

But Gina does an even better job explaining why comics are great.

“I love stories and I think [comics] are an interesting way to tell stories. You don’t have to use words. You can just use pictures. So you can go across different languages and overcome stereotypes.” 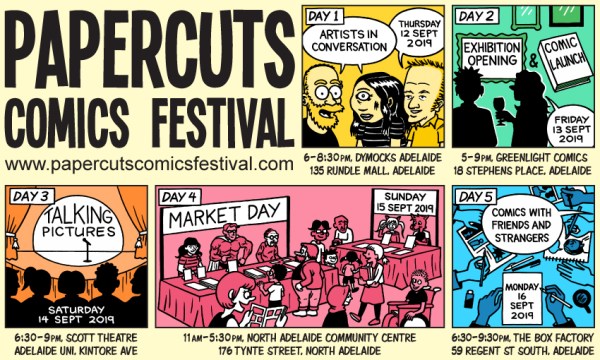 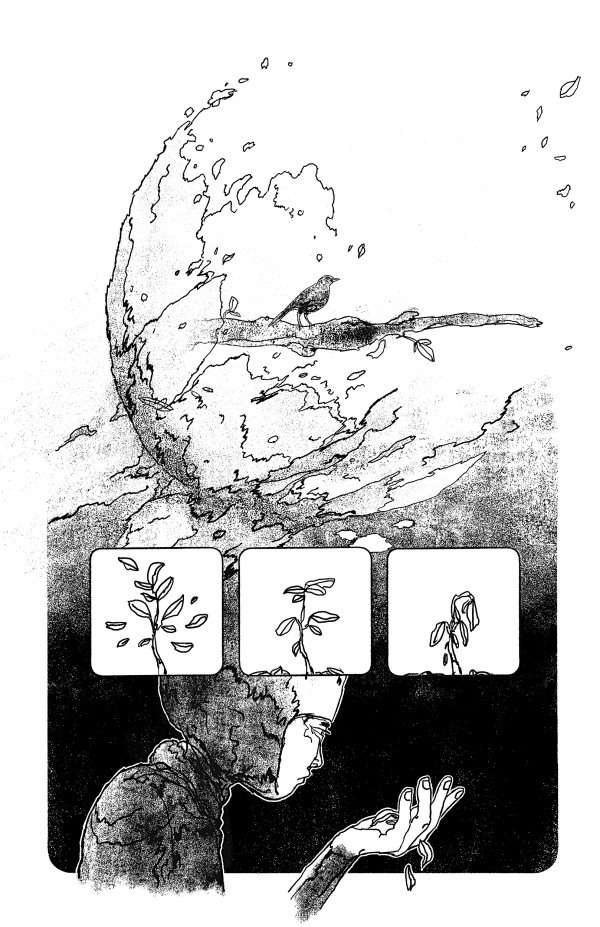 How long have you been making comics?
I’ve made comics sporadically since I was 11.

Was there a point you decided to take them more seriously?
I’ve always taken the medium seriously, but there was a point a few years ago where I decided making comics was something I wanted to invest my time in. I wanted to explore and learn the craft and go through that creative process.

What makes the comics medium so universal?
It’s a unique way to tell stories. The way someone engages with comics storytelling is quite different from watching a film, seeing a play or even reading a book. The combination of words and pictures in sequence is deceptively simple, but there’s so much that can be done creatively within that space.

Ultimately any type of story can be told, doesn’t matter if it’s about a superhero punch-up or someone walking around their neighbourhood. 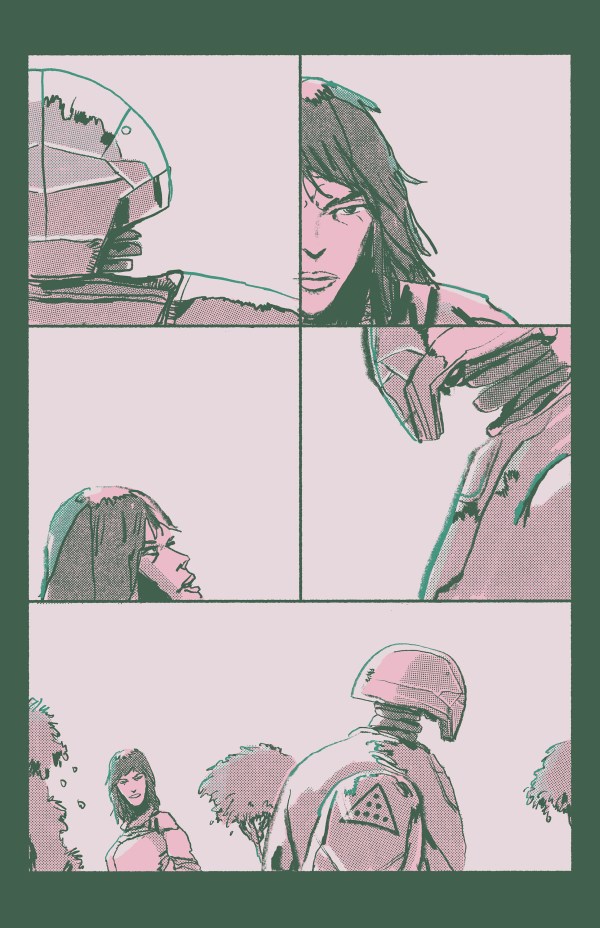 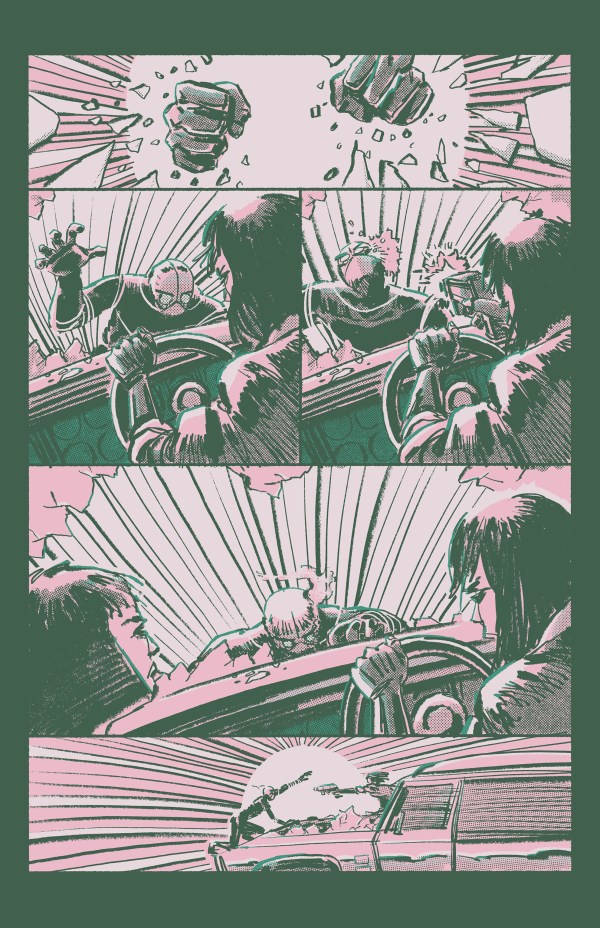 Pages from ‘Fortress’ – Joel’s new comic being released at Papercuts

What’s the story about?
Roam is more of a sketchbook really, a place to experiment, exploring thoughts, feelings, there’s no story as such, more like scenes without much context.
Fortress – which is a separate publication to Roam and which I’ll release at the Market Day event during Papercuts – is an action, sci-fi comic. Fortress is my unapologetic indulgence in genre and all the tropes within.

It’s about a group of characters navigating an uneasy peace in a post-war world. The war might be over but they’re dealing with the aftermath.

Thematically it’s about how we move on (or don’t move on) from life’s traumas, it’s bumps and bruises.

What do you hope people get from your comic?
Hopefully people are entertained! But also that it might inspire people to make their own.