Staring into the abyss with Requiem

Into the fiery fields and ashen valleys of present-day Australia comes a searing re-imagining of Mozart’s Requiem that ripples with pressing questions about extinction and self-annihilation. 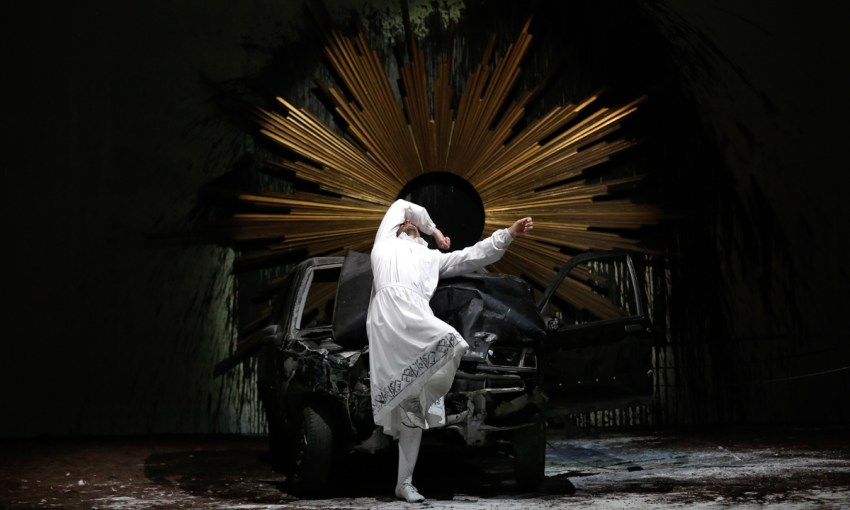 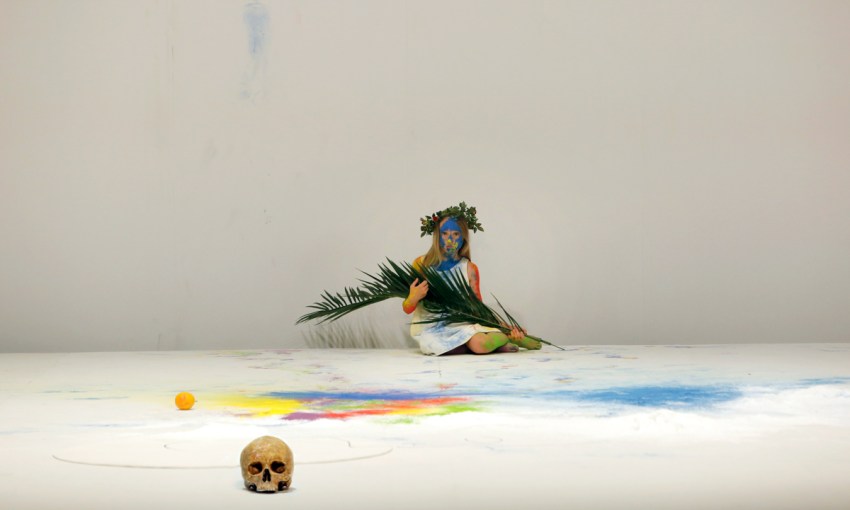 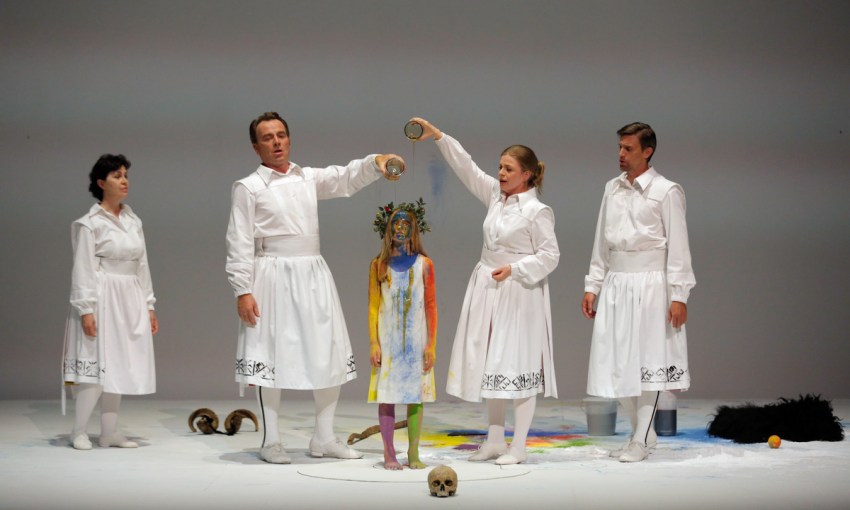 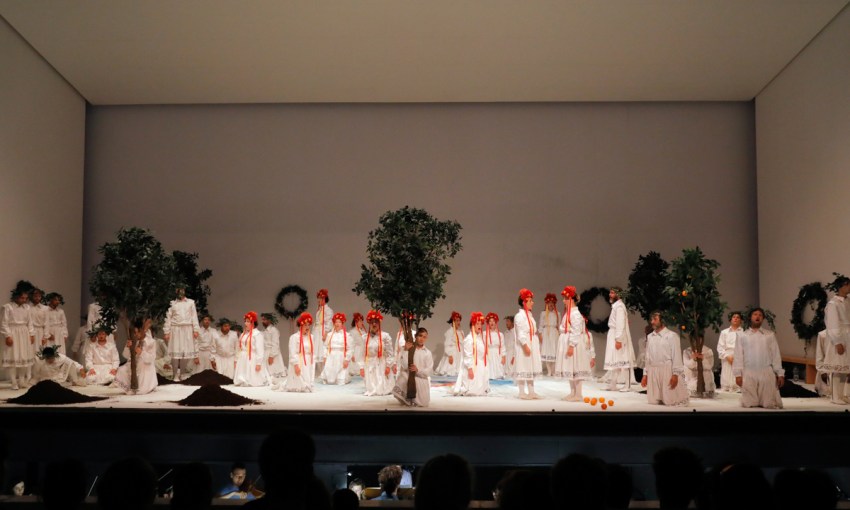 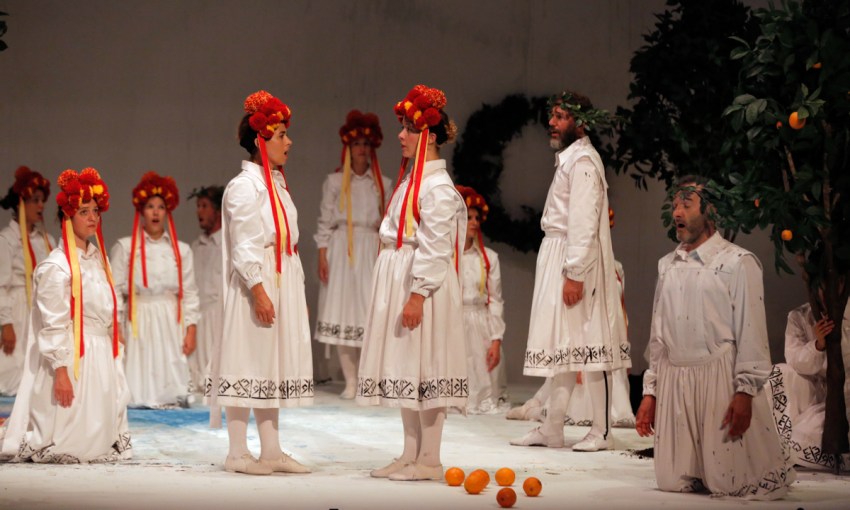 Director Romeo Castellucci could not have predicted that his radical staging of Mozart’s Requiem would be performed in an Australia gripped by an unprecedented climate-change-induced crisis.

After premiering at France’s Festival d’Aix-en-Provence in July 2019, the medium-melding stage work makes its way to the 2020 Adelaide Festival.

As the international cast and crew arrive, they will fly over the ragged landscape scars and perhaps still active flames that represent a near-incomprehensible level of destruction.

From the air, they will see extinction writ large, and then they will descend to the ground to perform a work moulded around the theme. This weighty circumstance, says Requiem soprano Siobhan Stagg, is both coincidence and not.

“I think Castellucci… wanted to reflect on the universal ideas, but also to comment on the specifics,” she says.

“He couldn’t have intended, obviously, to be talking about the Australian bushfires particularly … but I think he was commenting on… the idea that perhaps globally we’re becoming more and more fractured and more focussed on selfish goals and losing sight of the greater need to unite and work together towards the bigger picture.”

The French world premiere of the work was met by emotional and adulatory audiences.  In Castellucci’s hands, the Requiem – Mozart’s tribute to death written just before his own – has been turned from classical music composition into highly physical performance. The orchestral and operatic music is coloured in with intense choreography, a narrative following an individual life, and a haunting set that includes lists of things lost to us – from extinct species to certain social capabilities. 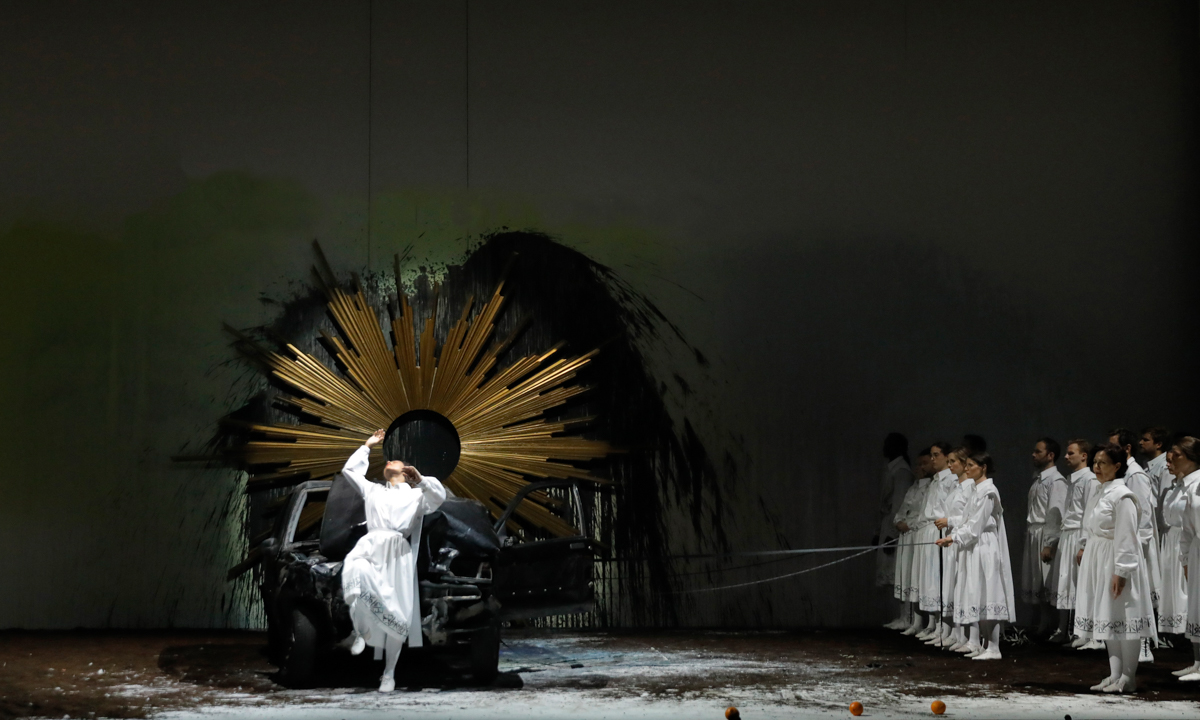 The Australian-born and European-based Siobhan is among a team of original cast members who will travel to perform in Adelaide. They will be joined onstage by domestic talent including those from Australian Dance Theatre and the Adelaide Symphony Orchestra.

An evolution is to be expected as these new performers bring their own interpretations to the Adelaide iteration of the work, but Siobhan says the piece is inherently changeable regardless of who takes to the stage.

“The nature of the set is it starts out like a blank canvas and throughout the performance a work of art is created because we’re using elements of paint and blood and honey and feathers,” she says.

“We have all these creative elements, but then at the end – through our movement – we have accidentally created a different piece of art on the floor and on the backdrop every show.” 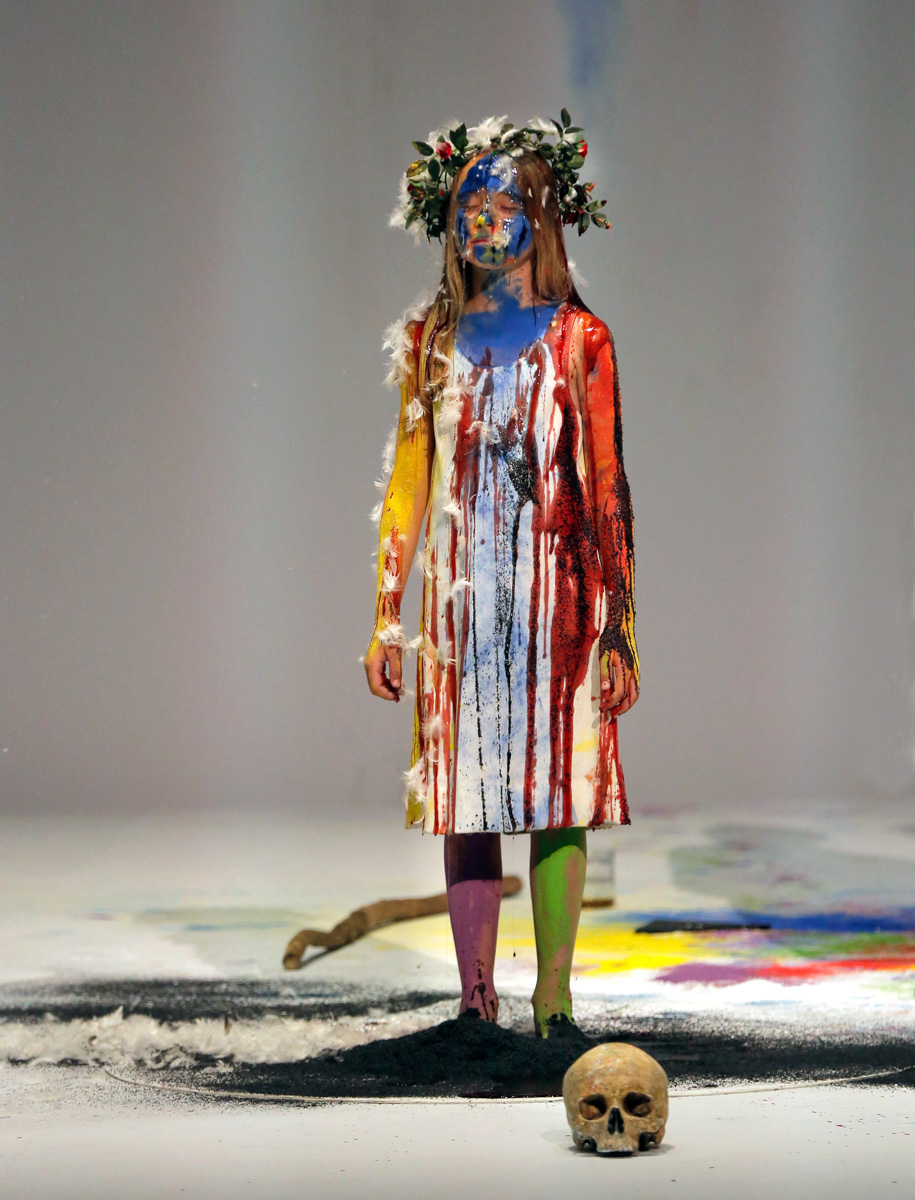 The emotional resonance of Requiem’s themes and imagery will likely be heightened for an Australian audience rubbed raw by disaster and Siobhan says the symbolic nature of the work allows individuals to find themselves within it.

“Sometimes Castellucci is described more as a visual artist than a purely theatrical director in the sense that he puts together these really hard-hitting images and lets you take away from them what you will.”

Each person will likely see something different in the work, but in a time where many have become acutely aware of how close the spectre of various extinctions stand, art like this can also mark the beginning of a purposeful coming together.