The sound of thinking

The term “new music” is more likely to conjure thoughts of Taylor Swift than concerts in Elder Hall, but the Soundstream collective wants to rewire that association while also helping shape Australian culture. Too easy. 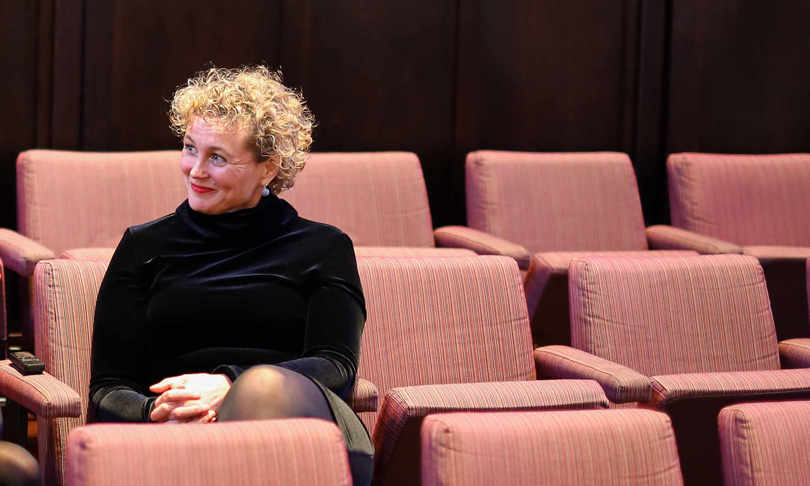 To enter the world of new music is to accept that many things you thought true are not.

Tickets are available for for Soundstream’s July 23 performance of Music For a Summer Evening at Elder Hall.

First, there was the startling revelation that you don’t have to press the keys on a piano to coax it into making noise – if you want, you can go straight to the strings and pluck them, or just give the outside a bit of a thump.

Then there is the fact that some pieces of music require more than 70 (70!) percussion instruments to be played.

Finally, there was the definition of “new music”, which apparently doesn’t mean at all what it sounds like it means.

“It encompasses music that may go back to the turn of the 20th century but it’s so out there that even now it sounds foreign to tonal ears,” says Gabriella. “So it’s building up on that – there’s amazing masterpieces that were composed in the 20th Century and then there’s music that’s being composed today.”

Referring, then, more to a style of music than to where it fits in a timeline, Gabriella says new music appeals to people who revel in the unexpected and that it, along with other art forms, has the power to affect social change.

“I’m thinking of a composer from the Netherlands who said to me ‘you need the avant garde, because that’s where the boundaries are stretched.’,” she says.

“Some people may follow it, and it may become the mainstream, or people might not subscribe to it. But if you don’t have that pushing against the boundaries, there’s no flux. There’s no change and there’s no possibility of change.”

Gabriella started Soundstream in 1994, bringing together a collection of like-minded new music practitioners to work on this ambitious goal of using art to change the world. In its history, Soundstream has run festivals, commissioned multitudinous new works and programmed countless concerts.

Gabriella herself is a performing pianist who works around the world, but she dedicates her time to Soundstream because she believes it has purpose.

The latest manifestation of that purpose is an upcoming presentation of composer George Crumb’s Music For a Summer Evening.

“This is an amazing piece – one of the seminal works of the 21st century,” says Gabriella.

Throughout our interview, Gabriella – who will be performing the work alongside Sydney pianist Tamara Anna Cislowska and local percussionists Amanda Grigg and Andrew Penrose, plays sections of the composition on the Steinway standing at the ready in Elder Hall.

The music manages to be melodious but sometimes jarring, haunting, ominous and beautiful – all at the same time. It is ultimately intriguing, and that’s with only one instrument at work on it.

The George Crumb work will be played alongside a Tristram Cary transcription of Bach’s Ricercare from Musical Offering and new compositions that have been commissioned by Soundstream from Australian composers Samuel Smith and James Rushford.

With such a program, the July 23 event will no doubt be an evening of new sounds that will, hopefully, give rise to some new thoughts.