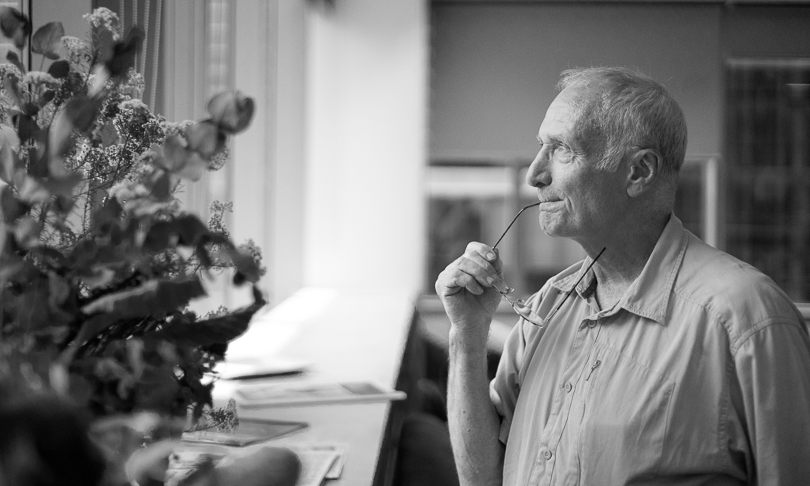 WOMADelaide feels like an alternate universe. Once you pass under the colourful gate at your chosen entrance to Botanic Park you necessarily undergo a transformation. Life feels a little lighter, music a little more meaningful and your mind, a little more open.

WOMADelaide’s Planet Talks take place on March 12, 13 and 14 at the festival’s Speakers’ Corner. See the full program at the WOMAD website.

Tending to your newly fertile state of being is the expert inquisitor: Robyn Williams. Host of ABC Radio National’s The Science Show for the past 40 (exclamation point) years, Robyn has reported on the life and times of science and its impact on our world. He’s a friend of David Attenborough. In 1987 he was proclaimed a National Living Treasure. And in 2016, he is playing the role of host at many of WOMAD’s Planet Talks sessions.

When CityMag caught up with the broadcaster at ABC headquarters in Ultimo, Sydney we quickly understand why Robyn remains relevant.

“In Australia there’s a split between people who are immensely well-informed and passionate and those who are proudly ignorant,” says Robyn, “and it’s a bit strange.”

By way of example, Robyn tells us about two young undergraduates of the University of Sydney he met recently; a young man who is designing a rocket and satellite to go with it and a young woman who is stitching together new life out of DNA.

“Now these are supremely engaged people. And I see them all the time,” he says.

The challenge, as Robyn sees it, is to bring people into the wonder of science without pontificating. We need to change the impression Australians are under that science is, “…only for people who want to be professors,” says Robyn.

And the Planet Talks at WOMADelaide are an ideal forum for such debunking.

“In Australia there’s a split between people who are immensely well-informed and passionate and those who are proudly ignorant.”

Featuring fantastic thinkers such as David Suzuki, Indira Naidoo, Jane Caro and John Hewson, the talks will look at putting ‘love’ back into the carbon conversation as well as a peek into our off-the-grid future.

“I’m very fond of WOMAD,” says Robyn. “This year Naomi Oreskes is coming, who’s a friend of mine from Harvard. She’s a fabulous interpreter of what’s going on, politically, with climate change.

“And I’ve also got Indira Naidoo who writes about growing your own food on your balcony or your rooftop. So each year you get a tremendous line up of extremely good people. Ones I know and, what’s more stimulating a lot of the times, ones I’ve never heard of. I don’t know why they’re there and then BINGO! I’m hit between the eyes with a new set of ideas.

‘That’s what it’s all about… getting up off your bum and encountering the new,” says Robyn bluntly.

Indeed movement is a big part of Robyn’s personal approach to uncovering information.

“It’s called old fashioned journalism,” says Robyn describing his practice of getting out of the office and visiting universities and businesses, or attending world music festivals in search of the questions and answers that will inspire his audience.

“Journalism is about reporting what’s going on. If you don’t know what’s going on – because you’re incarcerated in your bloody office, or at the end of a screen without actually looking – you’ll never know. Your view will be skewed,” says Robyn.

“Otherwise, looking at people who know only their own screens and what they like seeing on their screens you can just get a reflection of your own prejudices,” he says.

It’s a good start then that WOMADelaide is a four-day festival of world music and ideas that takes place outside. So just by attending, you’ll be making a National Living Treasure happy.