Portraits in Motion: Capturing the moments in between

Artist Volker Gerling’s flipbooks cross the borders between film and photography, and in doing so capture something rarely seen in the more traditional mediums.

“It is more about the gaps between the frames of the flipbook,” says Volker Gerling. “I think the gaps in the flipbook have the power and poetry.

Portraits in motion is showing on various dates from March 5–19 at Art Gallery of SA’s Radford Auditorium, The Space Theatre and UKARIA Cultural Centre. See the Adelaide Festival website for tickets.

“If you see a normal film in a cinema, it is almost the same like real life – besides editing and music and so on.

“You much more feel their emotions and I think that is a really interesting point.”

Volker discovered the medium in the late ‘90s while studying to be a filmmaker. He was watching a documentary that showed an old woman looking at a flipbook that featured photos of her as a young woman.

Watching a slice of the woman’s history come to life in her own hands, Volker was immediately engrossed in the potential of the form.

“The flipbooks tell you a lot about time, so I was very fascinated about that scene and I think that scene gave me the idea to start this flipbook project,” says Volker.

“Since Einstein, we’ve known that time isn’t absolute and unchanging as people believed for many centuries. It can be stretched and slowed down like in flipbooks.”

Since 2002, Volker has been travelling throughout his native Germany and sometimes the world showing people his work and taking photos to create new flipbooks. 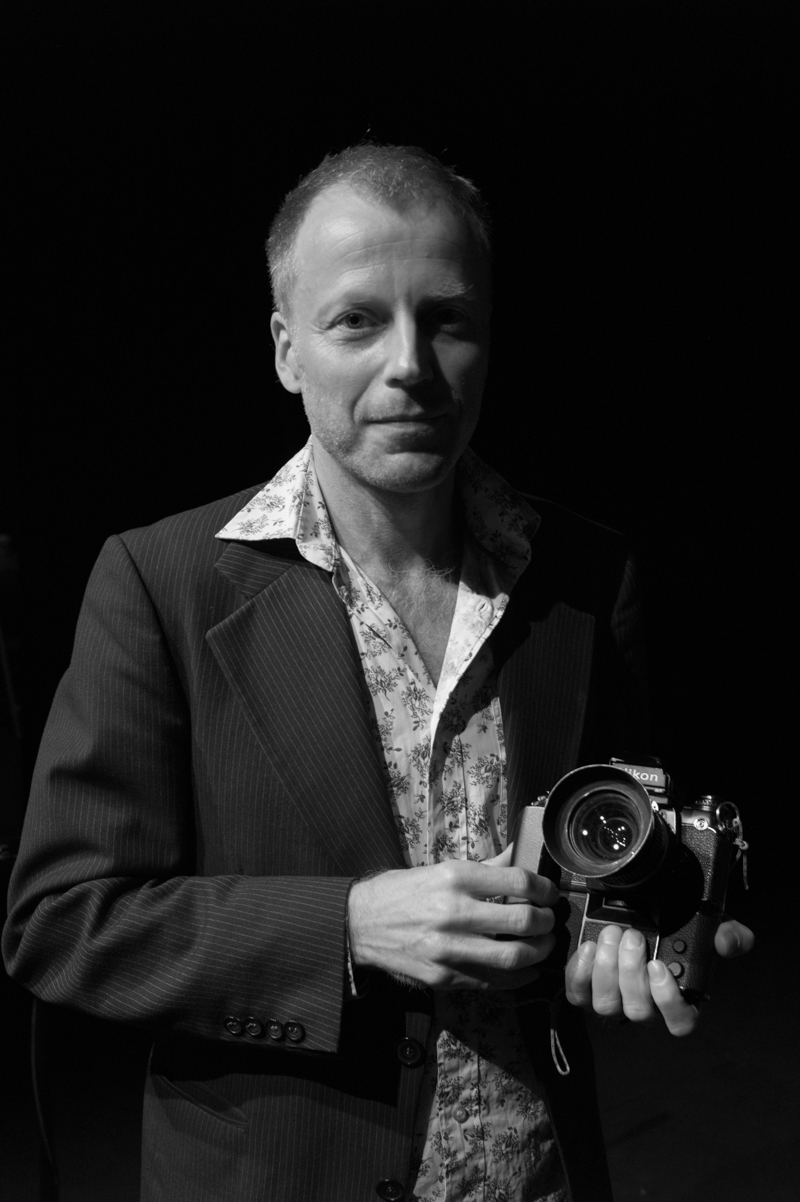 Each interaction is person to person as Volker treks through different cities every summer with nothing but a hawker’s tray full of flipbooks and a camera. The level of connection fostered through showing his art in this way is essential for the creation of future works.

“When I’m out with my hawker’s tray and my flipbooks and I walk – if people react to me and they ask me what I am doing and so on, I feel that it could become an intimate encounter,” says Volker.

“If there is a story behind this encounter that is worth being told to a wider audience then I ask to photograph them.

“It’s a really strong moment for me – it’s like falling with them in a free fall. Twelve seconds is the time I need to make one flipbook. And because it is such a strong moment for them as well, I couldn’t do it every day with just any person.”

For his show, Portraits in Motion, which comes to Adelaide Festival this year, Volker has found a way to replicate the rapport of his one-on-one street interactions from the stage.

“So it is a really nice and intimate way of storytelling as well because the performance is not only about showing my flipbooks but also about telling the stories behind the encounters which for me is very, very important.”

Incorporating Volker’s subtle reflections on travel, the gaps between cities and the gaps between moments, it’s a show that tells small, simple stories – the kind that give life its colour and depth.