Memorial: The magnitude of loss

When Brink Productions’ 'Memorial' premieres at the 2018 Adelaide Festival it will stand in explicit acknowledgement of the Centenary of Armistice Day and as implicit elegy to all of humanity – eulogising what we are, what we were, and what we never will be.

In all senses, Memorial from SA theatre company Brink Productions is a winding back to the fundamentals of storytelling.

At its core sit two very ancient forms of the craft.

The first is one of our earliest seminal stories – Homer’s Iliad. In 2011, the deservedly uber-awarded English poet Alice Oswald adapted the Iliad into a new work called Memorial.

Brink’s show takes this text almost word for word as its script.

Memorial will have its World Premiere at the 2018 Adelaide Festival and will play March 1-6, 2018 at the Dunstan Playhouse.

In the preface to Memorial, Alice Oswald writes about how ancient critics praised the original Iliad for its ‘enargeia’ – a word she translates as meaning something like, “bright, unbearable reality”. We think this is an excellent word and an excellent expression, and we wanted you to know about it.

“What Alice has done is she’s stripped away the whole narrative and it sort of takes you into the moment of the death of every foot soldier in the Iliad,” says Brink’s artistic director, and director of Memorial, Chris Drummond. 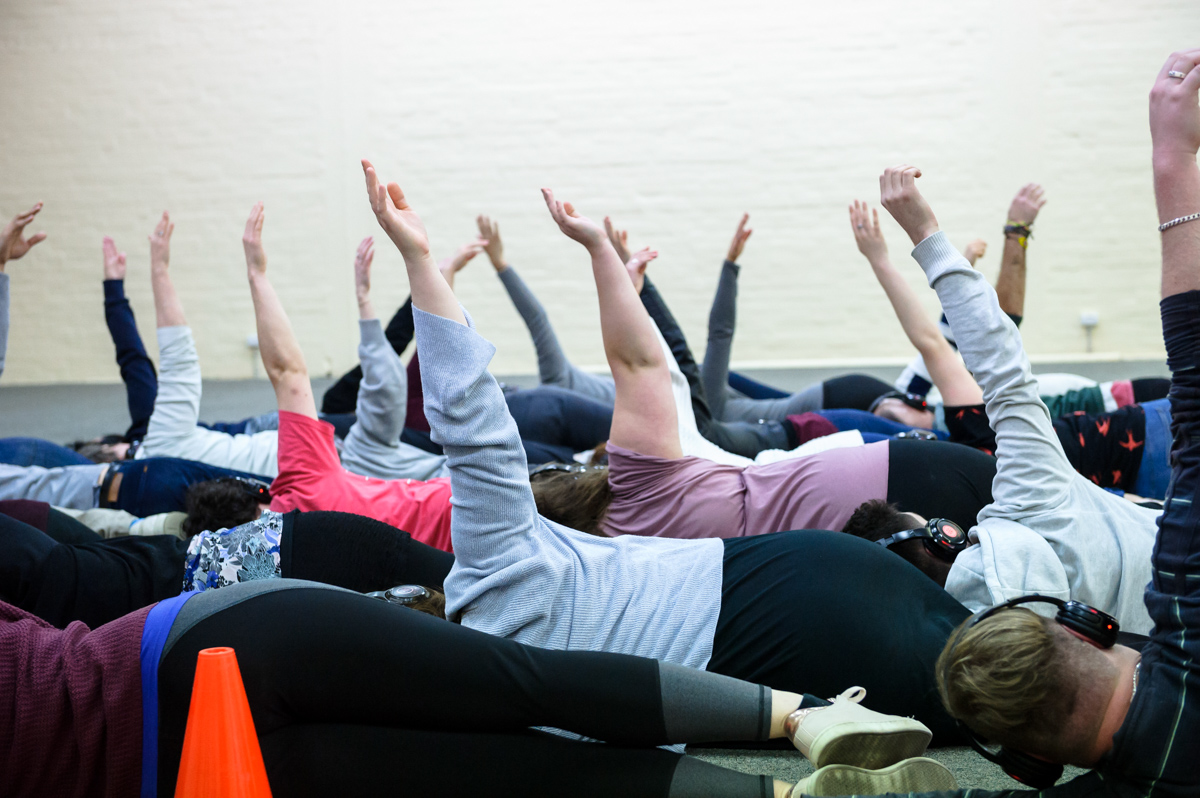 215 community members will be on stage

“But the experience of reading the poem is one of being overwhelmed by the kind of brutality and ferocity of war. And also – what is very hard to achieve, but she does it – is she kind of puts it into perspective against the vastness of time. And so, the futility of everything we do is revealed.”

Upon reading the poem for the first time, Chris was immediately captured by what he saw as its inherently theatrical nature.

But, at the same time, its lack of narrative made it a challenging proposition to bring to stage for modern audiences. To resolve this apparent contradiction, he began to envision the poem as the words of a central narrator, and slowly a conception of a work based around the earliest forms of storytelling began to evolve in his mind.

“These big ideas, what the piece is about, is a kind of collective story, not an individual story,” says Chris.

“The birth of theatre is a lone storyteller telling our collective story, and that’s why I think this piece is actually very theatrical.”

As such, Memorial will be spoken by a single, central actor – Australian stage and screen veteran Helen Morse – who will exist outside of the stories of soldier’s deaths even as she recounts them. 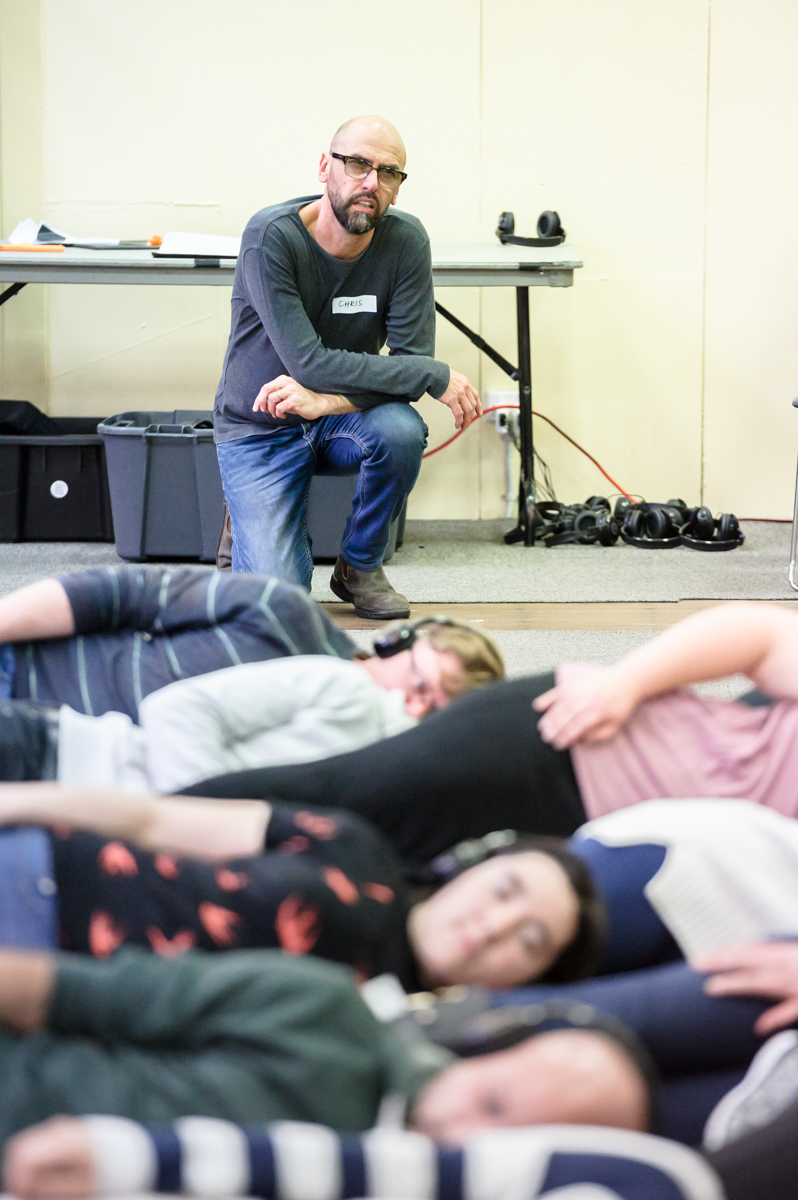 Joining her on stage will be a person to represent every soldier named in the text – a total of 215 people. The idea to conjure this great mass of real humanity came from one of Chris’ main collaborators – Yaron Lifschitz, artistic director of Queensland’s Circa and choreographer and dramaturg for Memorial.

Drawn from the Adelaide community and from local choirs, this 215-strong supporting cast will be employed in many different ways throughout the piece.

“You have all these people moving through life and sometimes they’re just all walking through a park or whatever, and Helen is kind of the invisible God wandering amongst them,” says Chris.

“And a lot of it is about light – bodies become forests or mountains or that sort of thing. And then they’ll move, but very naturally – not like a chorus in a musical – into a more choreographed formation and they’re people again.”

The other essential element of the show is music. Chris and Yaron have worked with Golden-Globe-nominated British composer Jocelyn Pook on creating a score that will be performed live during the show.

It is between the three key elements – Jocelyn’s songs, the mass of humanity assembled on stage, and Alice Oswald’s striking imagery spoken aloud by actor Helen Morse – that the audience will begin to sense the purpose of Memorial, says Chris.

“So you might be watching on stage a game of pétanque played by all these people, but Helen is living through a moment of complete violence,” he says.

“But the music might be quite serene or vast – so you have this vast music making you think of peaks of mountains, and all these people not being conscious of the music or Helen, and just sort of passing the time, and then this woman in her own terrible world going, ‘fuck’.

“And between those three elements you start to get this epic, poetic machine that is theatre, and everything harmonises off each other.”

Deliberately brought to the Adelaide Festival in 2018 to coincide with the Centenary of WWI’s Armistice, Memorial is – of course – a reflection on the wastage and horror of war. But it is also about the wastage, horror, and redemption of everyday life – something that is often hard to invoke simply because we have become so used to turning away from it.

“It’s a big meditation on the nature of what it is to be a human and why we’re so brutal with each other, especially given we’re gone in the blink of an eye,” says Chris.