This will be an epic gig in Adelaide. 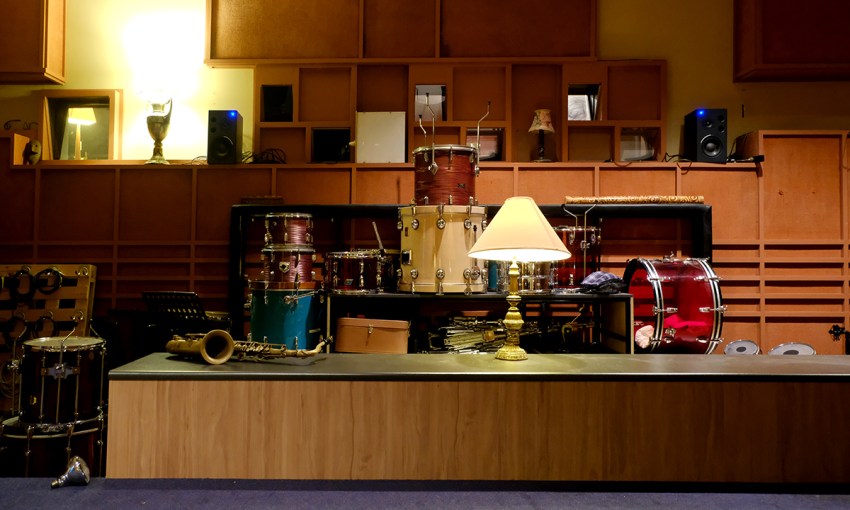 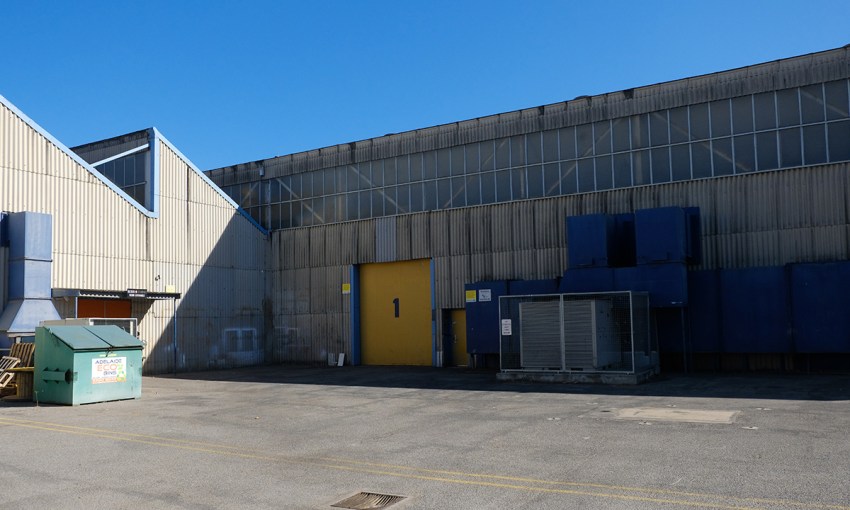 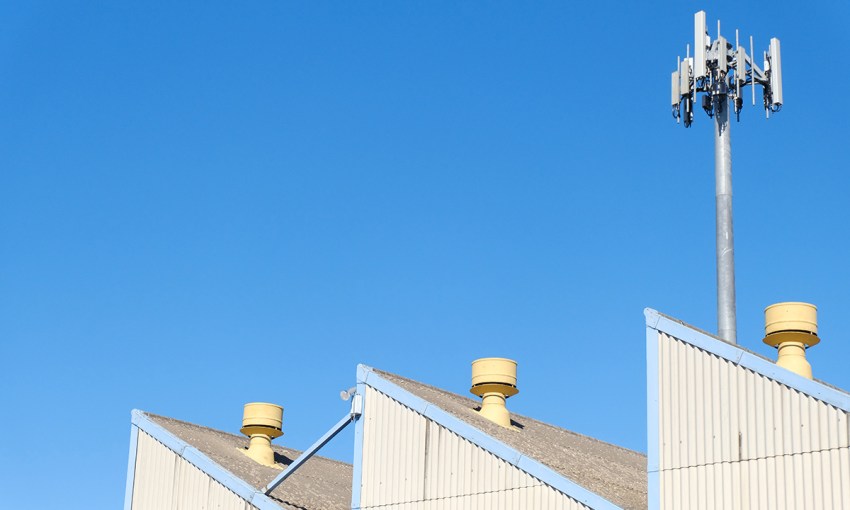 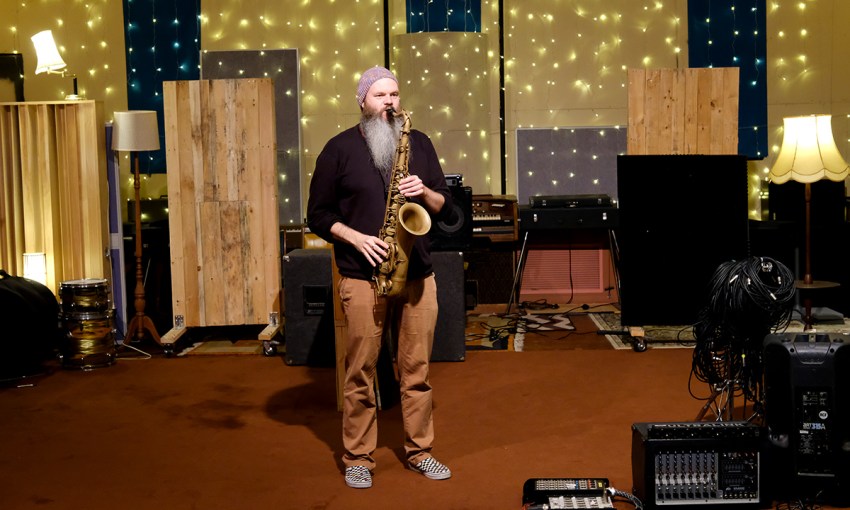 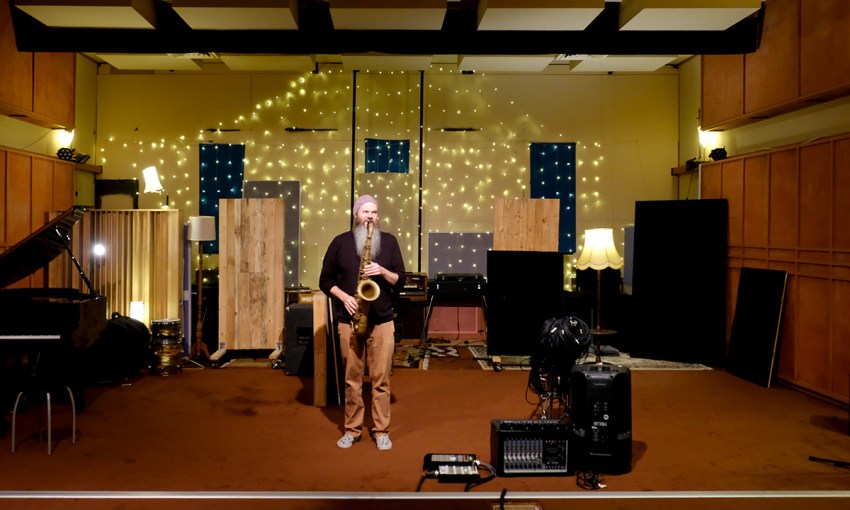 Composer and multi-instrumentalist Adam Page lives at the intersection of sub-cultural cool and mainstream musical acceptance.

This is a special achievement in tall poppy town, Adelaide.

Adam’s career has built steadily over 20 years, across a multitude of groups and collaborations. He recently conducted the Adelaide Symphony Orchestra’s performance of new music by Adelaide composers, Ross McHenry and Matthew Sheens.

But it was a live stream broadcast from a small studio overlooking Rundle Street that first brought Adam to CityMag’s attention in 2008. Adam was playing three or four instruments and looping them on pedals and building one of the finest Friday afternoon sounds we’ve ever heard.

The composition felt spontaneous, it was – Adam confirmed – improvised.

“Jazz has always been at the centre of my creation,” he says. We’re visiting the composer and musician at his studio – Wizard Tone – in the old South Australian Film Corp buildings in Hendon.

“A lot of people think it’s just about playing the standards, the standard repertoire,” says Adam, “but for me – as an art form ­– jazz provides a great opportunity to really bring your own personality into composition.

“And to modernise the art form as well.”

On 30th April, Adam will lead a sparkling array of local, national and international performers in a global celebration of jazz music.

International Jazz Day features hundreds of events in more than 190 cities around the world. Alongside Adam, Adelaide’s gig at Town Hall will feature Emma Pask – one of Australia’s favourite jazz vocalists as well as musicians from fellow UNESCO Creative Cities of Music, Jonathan Crayford from Auckland, New Zealand and Helena Kay from Glasgow, Scotland. 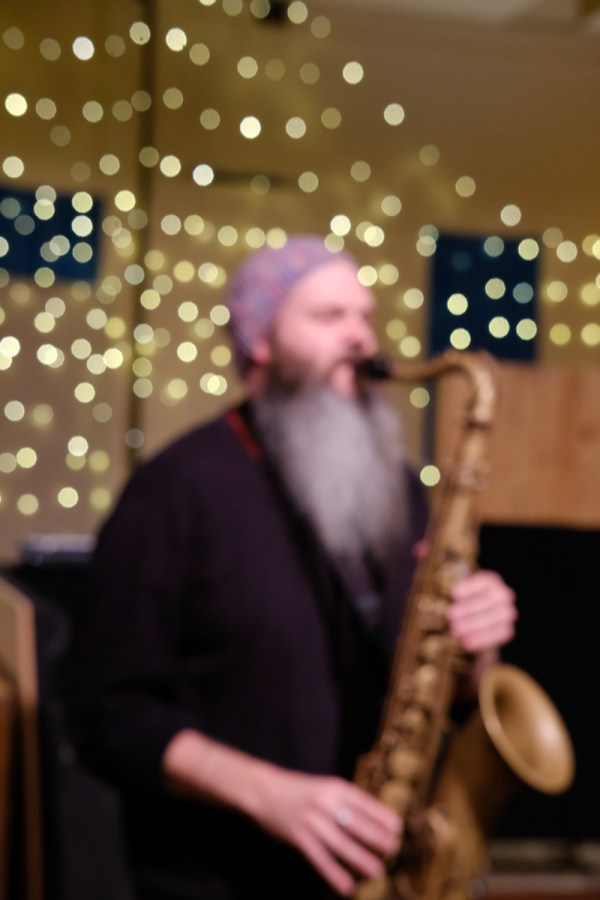 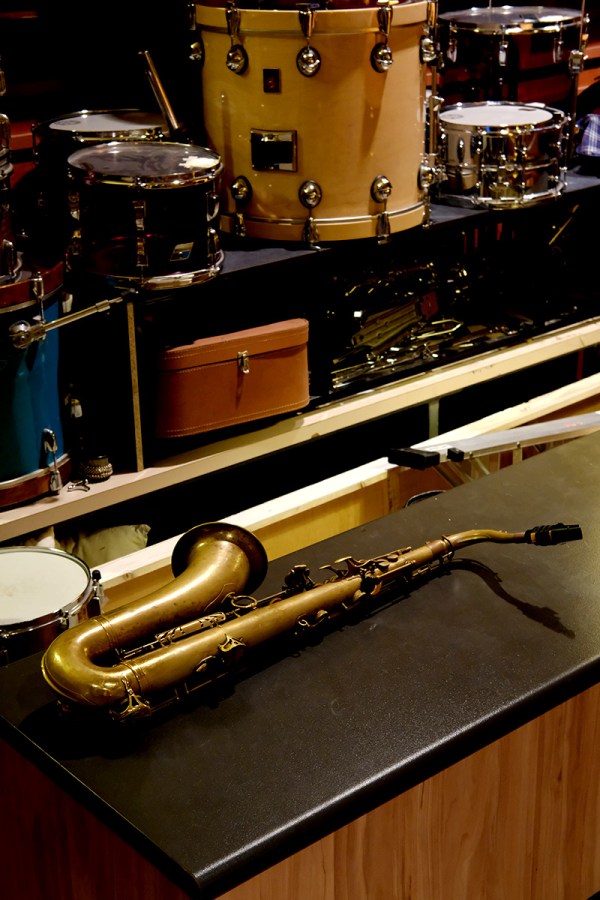 Looking at the number of events on the International Jazz Day website makes you realise just how universal and impactful the art form has become.

Adam says this show at Town Hall will acknowledge the past, present and future of jazz.

“There’s always a tip of the hat to the classics, but I always think about forging forward,” says Adam.

“Again, as an art form, this genre has changed so much in the 100 years that it’s been prevalent. Who would have thought, back in the ’20s, that that sort of ragtime jazz would now be on a Kendrick Lamar album? It’s still there, jazz is always relevant,” says Adam.

Describing the concert he’s putting together with his troupe of local, national and international collaborators, Adam says the concert will revel in the talent on stage.

There will be pieces that involve everyone performing at once, there will be duets and solos. Perhaps what Adam is most excited about though, is the free jazz performance he’s got planned.

“The thing with free jazz, in my opinion, is that it’s one organism that exists – tonally – together. If you feel like you’re out of place in that environment then you’re doing the wrong thing. I trust that everyone in this ensemble has the ears to create something truly beautiful,” says Adam.

UNESCO Goodwill Ambassador, Herbie Hancock says this sort of performance is a metaphor for life.

“We all want to live in a jazz world where we all work together, improvise together, are not afraid of taking chances and expressing ourselves,” says Herbie.

Being a witness to a one-off piece of music conceived and created live on stage in Adelaide’s Town Hall sounds like the ideal way to step into this jazz world on International Jazz Day.