Curated by the Rajasthan-based Jaipur Literature Festival, the inaugural JLF Adelaide will be a completely free, three-day celebration of literature and ideas with an India-centric outlook.

To hear it straight from OzAsia’s artistic director, Joseph Mitchell, the Jaipur Literature Festival (JLF), held annually in the Rajasthan city, is an otherworldly experience.

“It’s just an incredible environment to be in,” he says.

“The whole thing is held in a big old grand palace, and you walk through this narrow road off a busy street and into this beautiful, quiet, big giant courtyard full of old buildings and little nooks and crannies, and the whole thing is decked out with pop up tents and venues, and there’s flags everywhere, and performers, and you really disappear into this wonderful world. 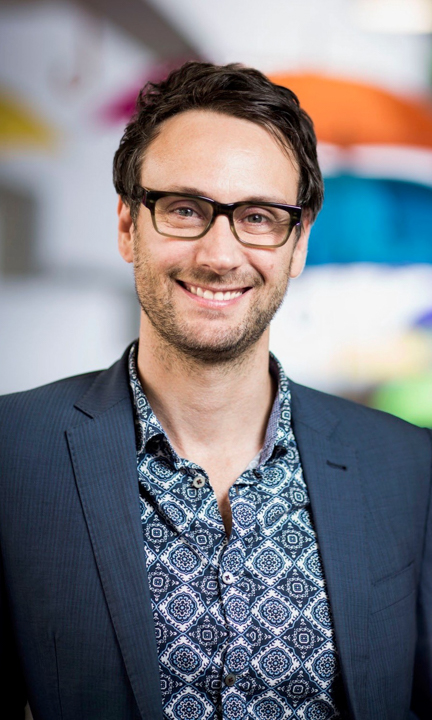 Throughout his four years as artistic director, Joseph has been keenly aware of the lack of a literature component within OzAsia – despite the festival spanning almost every other practice throughout the artistic spectrum.

Rather than implementing an ‘OzAsia does Adelaide Writers’ Week’-style event, Joseph reached out to JLF – who have helped OzAsia in previous years with its Indian programming – to form this year’s inaugural JLF Adelaide, a free event that will close OzAsia 2018.

“The curators are from India, and the perspective and ideas of this festival essentially stem from India looking out around the world and that’s what makes it really interesting for me,” Joseph says.

“And of course, it fits within our remit of really driving a festival that’s trying to engage with a sense of contemporary Asian identity in the 21st century.”

JLF Adelaide’s first iteration boasts 54 writers – including 27 international visitors – across 32 panels, and like its Indian parent, there will be a range of experiences to complement the conversation.

“This is our first year and I really wanted to try and make sure we could get that outdoor feel that’s part of JLF… so what we’re going to do is we’re doing it half outside, half inside,” Joseph says.

“We’ll have an outdoor festival hub area that can hold about 2,500 people, with food stalls, and roving performances, and pop-up stalls with trinkets and stuff like that.

“And at the same time we’ll also utilise some of our existing venues, like the Dunstan Playhouse and the Space Theatre, where actually a lot of the larger literature talks will happen.”

A performance of The Last Mughals.

A particular point of pride in the festival’s programming is the closing act, The Last Mughals, Joseph says. Part performance, part reading “a bit like JLF, it turns a lot of the ideas and stereotypes of a writer’s festival on its head.”

“It’s by one of [JLF’s] artistic directors William Dalrymple… He’s an English writer but he’s been living in New Delhi for decades,” Joseph says.

“There’s musicians playing music and William with his deep voice reciting passages, and you can relax and close your eyes and get taken back to this grand old world of Indian dynasties from 200 years ago.”

JLF Adelaide will be an ongoing fixture of OzAsia Festival, acting as an important bookend with the Moon Lantern Festival opening event – both of which are free to access.

For more information on the event, check out the JLF Adelaide website, and click here to see more of CityMag’s OzAsia 2018 coverage.