Andi Snelling tells how the greatest ‘accident’ of her life turned her world upside down and inspired a Fringe show that blends storytelling, clowning and roller skates. 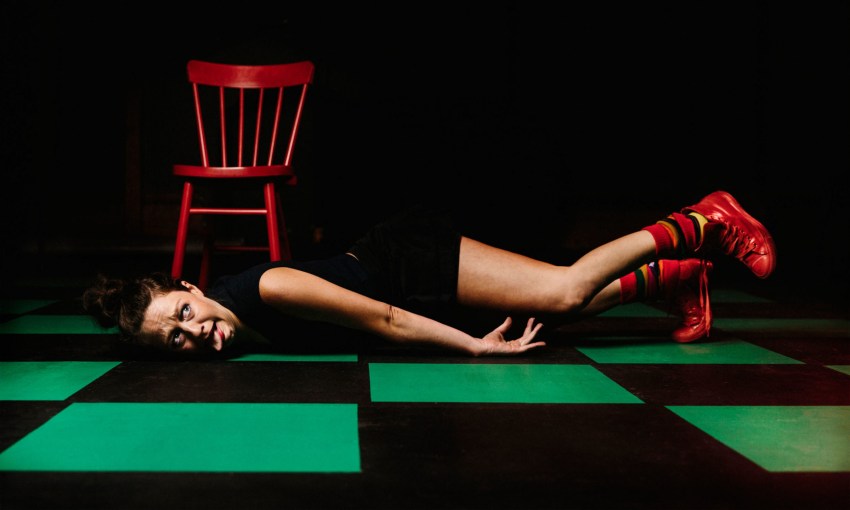 Andi is a Melbourne-based performer, theatre-maker and writer who trained at London’s prestigious Mountview Academy of Theatre Arts and has built an international career including both screen and stage work.

Following her battles with ill health – including Lyme disease – after a fateful tick bite, she has also emerged as an advocate for the disability arts community.

Andi premiered her show Happy-Go-Wrong at the 2019 Melbourne Fringe, where it earned impressive reviews and won the SA Tour Ready Award, and she will present an eight-performance season during Adelaide Fringe. She tells CityMag how her personal odyssey plays out on stage, and the lessons she’s learned along the way.

Happy-Go-Wrong will be at the Bakehouse Theatre from 10-20 March as part of Adelaide Fringe. Tickets here.

Describe your Adelaide Fringe show in 10 words or less…
A profound celebration of mortality through clowning, storytelling and physical theatre.

Where were you when you got the fateful tick bite?
I was on a month-long hiking trip through New Zealand. I came home with a lot of bites all over my body and noticed a strange new mole under my left armpit, followed by a bullseye rash in the same area. It wasn’t until years later I realised that mole had, in fact, been an engorged tick in the midst of changing the trajectory of my life.

I had had no education around the potential dangers of tick bites and Lyme disease or tick-borne illness, so it took some years to put the puzzle pieces together. It was a fateful moment that I had completely under-estimated at the time.

How did it turn your world upside down?
My body functioning started to change as more and more bizarre symptoms developed until eventually I was so unwell that my entire life came to a standstill.

Illness has a powerful way of weeding the garden. At its most intense, my illness cleared out relationships, work, my arts practice, all my money, everything… leaving with me with a feeling of having nothing. I thought my life might be over, but it was precisely from this place of nothing that I started to see everything.

There’s a line in my show that continues to resonate: “Once you have the wisdom of death, you can’t go back… and why would you want to?” It’s funny how being thrown upside down can put you the right way up! 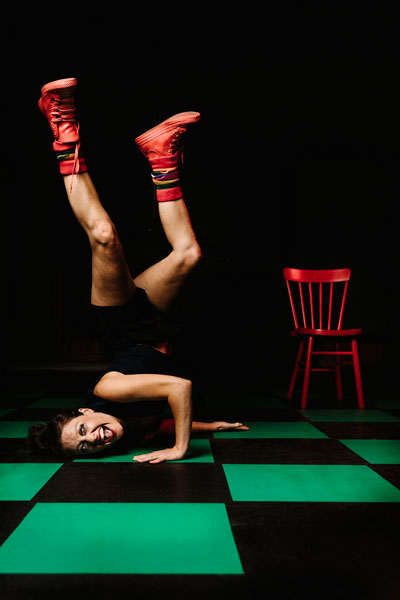 You say you came to wonder if this ‘accident’ was, in fact, no accident…
Haha, yes. I have what some may call an unorthodox relationship to my tick bite and ensuing illness. I believe that tiny tick bite that caused such monumental change in my life was absolutely meant to happen: that it was the wake-up call I needed.

It’s tragic sometimes how close to death we have to come in order to know how much we want to live, but that’s the gift my illness experience has given to me. It has earthquaked me into a second chance at life; the chance to truly live now. My ability to find joy in just about anything is because of this ‘accident.’ I’m a much happier person and more integrous artist nowadays, which is why I don’t think it was an accident.

How does your odyssey play out in Happy-Go-Wrong?
Happy-Go-Wrong is a rollercoaster ride of a show in which I unwittingly rescue myself from the depths of my illness. At the top of the show, I am “stuck behind the fourth wall”, so my rescue mission is set in motion by a roller-skating French angel who “lives for death”. Playing both myself and this philosophising angel, I make visible the invisible experience of chronic illness and highlight the extraordinary resilience that we don’t know we have in us until we are put to the test.

Although deeply personal, the show is universal in its exploration of the struggles we all face as humans. The show is as playful and joyous as it is fierce and visceral. There’s also some magical choreography with giant nests of brown butcher’s paper –and let’s not forget how fun the roller skates are!

What do you hope audiences take away from the show?
I have been blown away by the incredible response my show has had. The most common thing people tell me is that they felt a lot during my show, that they were transported on an epic journey and left feeling grateful to be alive. That’s the main message of the show: to appreciate being alive.

But honestly, what I love about a work of art is that people take away different things, so I just want my audience to walk away feeling different to how they came in and for that difference to stay with them.