If you only see one show at OzAsia, Since Ali Died is it

Australian poet Omar Musa dredges up the most painful and poignant memories to create a one hour, spoken word show you'll be talking about for the rest of the year. 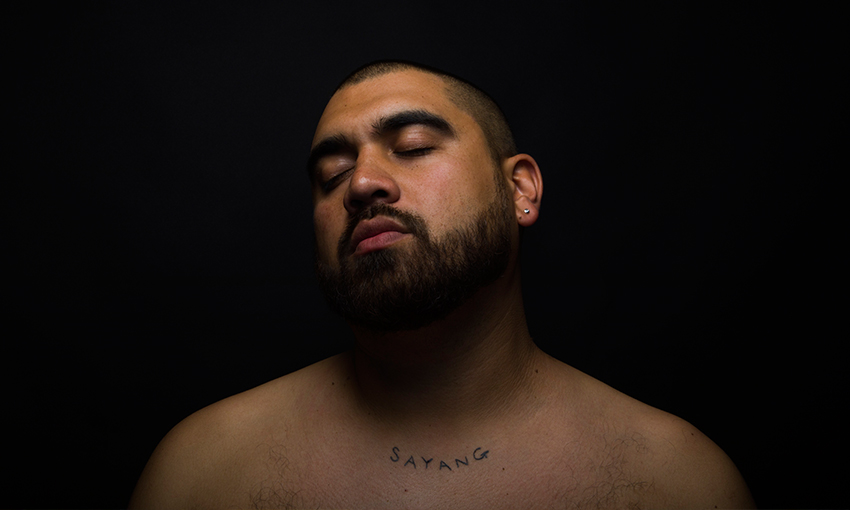 Straight afterwards he watched the two men file into the members dining room, “and they had to have this awkward engagement that I found really interesting, the personal power plays of it”.

Omar wasn’t in a seat of power at the time – he was an Australian National University (ANU) student working as a waiter who was “fairly apathetic” politically, though by virtue of his skin colour he’d always been more aware of issues surrounding race.

But as he watched these people who had the power to change millions of lives he began to observe politics, and politicians, more astutely. He promises that he has “plenty of tales from Parliament House” in those days, but he’s more concerned with what the politicians of today are doing.

“The way our media and politicians carry on, it affects the ground level,” he says.

The fact that Omar is Muslim means he’s used to being regarded as ‘other’ by much of the country, and quick to be branded unAustralian.

He lives in a country that acknowledges him as a proud person of colour until he questions the status quo.

“You can be dignified and jovial and eloquent and intelligent,” he muses, “but as soon as you step outside your box and speak up too critically then you’re a threat, you’re dangerous you’re unpatriotic…They act as if you should just sit down, shut up and be grateful that you’re here.”

There’s no doubt the poet is grateful to be here. Just as clear is that he has no intention of sitting down and shutting up either.

A big man with a backwards cap, Horrorshow t-shirt and plenty of tattoos drinking a beer, he’s hardly the stereotypical picture of a Muslim Australian.

Omar isn’t what many people picture when thinking about one of Australia’s most important poets, either. But his easy posture and authoritative stance suggest he’s used to wearing these contradictions, and they inform his current show, the largely autobiographical Since Ali Died.

Through spoken word and song, he talks about his journey growing up in Queanbeyan, just outside Canberra. These memories  are knitted together with the “connective tissue” of the implacable river that flows slowly through the city and Muhammed Ali, the proud, iconoclastic Muslim man who provided a role model for the young Omar.

Though he has a “ tormented, tumultuous” relationship with his Muslim identity, it’s still something he has learned to wear proudly, though it took a long time to get to that stage. So too it took him many years to find his place as a young man at the intersection of privilege and powerlessness, an aching journey that he uses to examine the “infinitesimal refractions of identity” and “uneasy truths” about himself.

Through soliloquies and slow jams, Omar’s show as part of the OzAsia Festival examines how society around him came to hate him so much without ever knowing him. He takes intimate personal stories and makes them universal, fighting broad stereotypes with memorable, nuanced portrayals. And he does it with such assurance that his words take on a hypnotic quality, the specifics disappearing as suburban Queanbeyan turns into the setting of a fairytale.

It is, as he notes, “ a real high wire balancing act”, and one that won’t exist much longer.

“A lot of these things are so personal that it’s really difficult to dredge them up again. It’s healing, cathartic to write about them but then when you’re reliving them sometimes that feels counter-intuitive – it can be quite emotionally battering to do that night after night. I know that’s where a lot of the power comes from, but you want to let some of these things go, to move on from them.”

See Omar perform Since Ali Died at the OzAsia Festival this year.