With a giant walking Duchamp 'Fountain,' a balaclava-clad Captain Cook, and "Piss Christ," APHIDS' performance 'Howl' is a celebration of censored, maligned or misunderstood artworks from modern history.

“The performance itself recognises different art projects and artists throughout time that have created significant provocative works that have often been censored or met with social indignation,” co-director Lara Thoms says of the production Howl.

“It also looks at the queer body [and] at different artworks that have raised eyebrows or have kind of been taken down off gallery walls or censored by police.”

In partnership with the Art Gallery of South Australia, local art community Vitalstatistix and the RCC, Melbourne’s experimental art company APHIDS will bring Howl to Adelaide for the 2020 Adelaide Biennale of Australian Art next week.

Taking place in the Art Gallery of South Australia’s Elder Wing, the one-hour production, written by Lara, Willoh Weiland and Lz Dunn in 2016, is part-procession, part-protest.

APHIDS’ Howl includes 15 local and international artworks subject to suppression throughout history, and is aptly named after Allen Ginsberg’s book of banned Beat-era poetry, which, as recently as 2007, was still restricted on some airwaves.

“It begins with a work that is called The Origin of the World (L’Origine du monde), which is an oil painting of a woman’s vagina,” Lara says of the Gustave Courbet painting created in 1866 but only exhibited publicly in 1995. 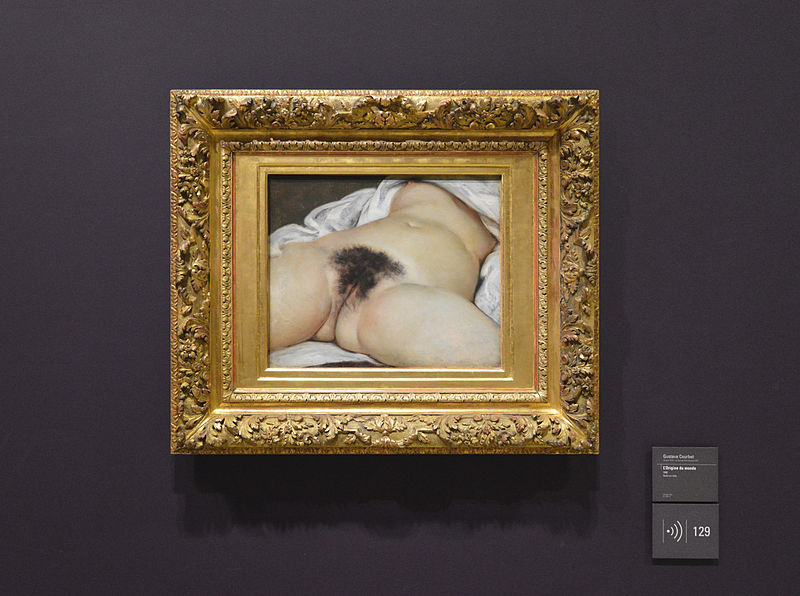 L’Origine du monde (The Origin of the World) by Gustave Courbet. This image: Wikimedia Commons

“It looks at how the female body has been seen as provocative or outrageous throughout time and worthy of censorship even to this day.

“It (Howl) also includes Paul Yore’s work, Everything is Fucked, which was actually cut out with a box cutter by police from a St Kilda gallery a few years ago in Melbourne.”

In 2013, Australian artist Paul Yore was charged by Victoria Police for producing and possessing child pornography; his exhibition Everything is Fucked, which in part explored the sexualisation of kids, included children’s heads cropped onto nude adult bodies performing sex acts.

Criminal charges against Yore were eventually dismissed but the case raised vexing questions about artistic freedom and how it could intersect with the law.

“We think that we’re living in a much more open and progressive mindset in this day and age but the reality is this kind of censorship does continue around the world,” Lara explains.

Other art celebrated in Howl’s pageant – which will be scored to a soundscape by local musician Sascha Budimski, but rooted in Mozart’s Requiem in D minor – includes contemporary Aboriginal Australian artist Jason Wing’s Australia was Stolen by Armed Robbery work, which depicts a bronze bust of explorer Captain Cook wearing a balaclava.

CORRECTION: An earlier version of this article wrongly attributed a criticism of ‘Australia was Stolen by Armed Robbery’ to Andrew Bolt, but the comment was made by Andrew Taylor in the Herald Sun.

The artwork was reported on in 2012 by Herald Sun writer Andrew Taylor who wrote, “It’s no surprise to find a bust of Captain James Cook gracing the halls of the NSW Parliament. But Jason Wing’s artwork does not treat the English explorer…with reverence.”

In Howl the artwork is mischievously rendered with an actor wearing a colonialist costume and balaclava, who commandeers the procession on a Segway. 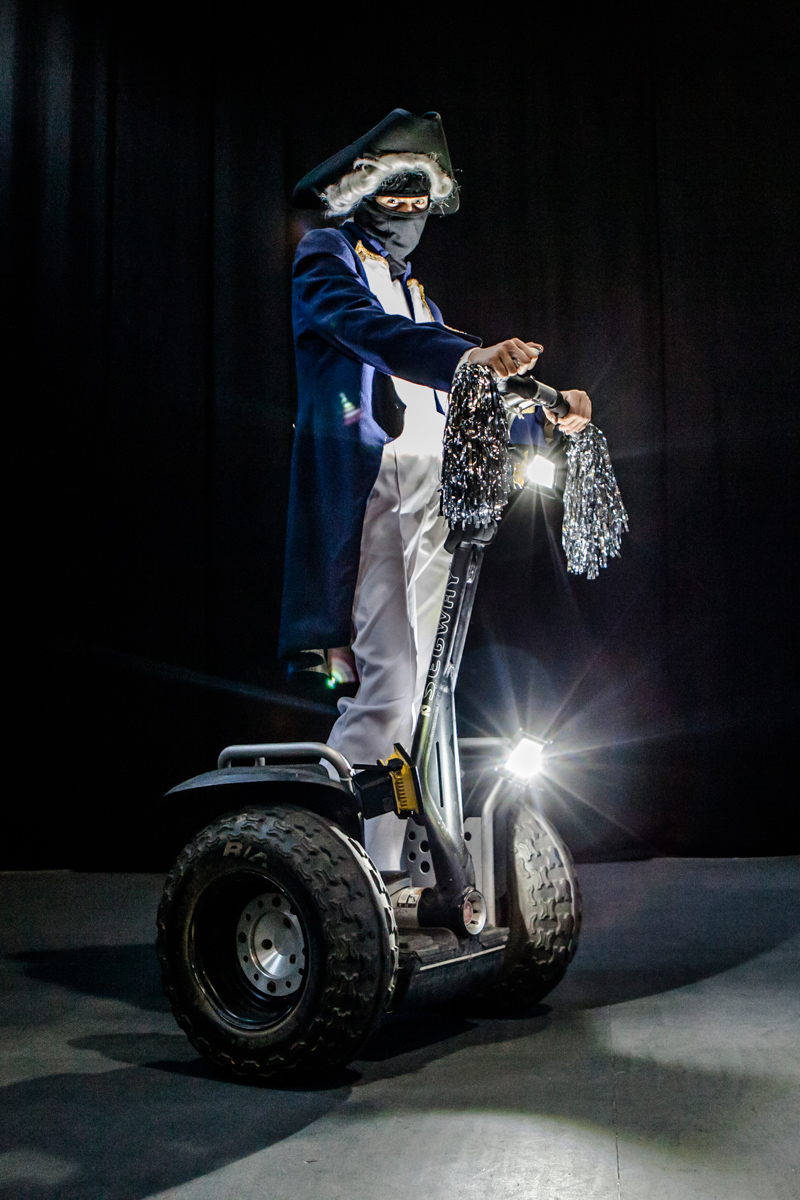 “It’s quite funny but also quite dark,” Lara says of the Captain Cook character.

“We’re really excited to do it in a grand gallery because that is where a lot of the works we’re talking about might have their place.”

“The costumes really do have a lot of humour to them about important subject matter we think is really funny.”

Two pieces controversial pieces already familiar to South Australians, Belgian artist’s Berlinde De Bruyckere’s 2010-11 work We are all flesh and Adelaide-native Margaret Dodd’s This Woman is not a Car, will also be brought to the runway. 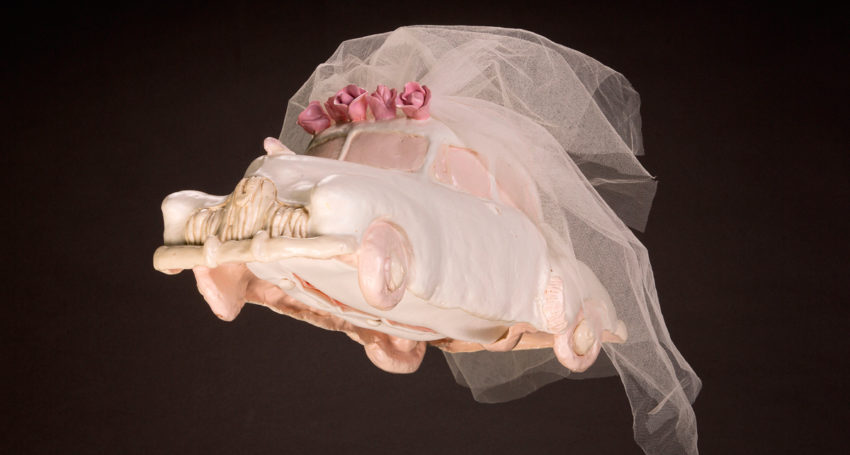 Bridal Holden, This Woman is Not a Car series, Margaret Dodd, 1977. This Image: Clay Glen

“Apparently they get a lot of complaints about the work, even every week,” Lara says of De Bruyckere’s installation, which was made to look like a horse corpse and currently hangs in the Art Gallery of South Australia’s Melrose Wing.

Lara refers to Dodd’s work as important artwork for its time and also currently. But is also has a fun “horror movie vibe to it.”

Accompanying the production will be a 40-page publication detailing each controversial work in depth, available to all audience members.

“This work is very much for anyone. It will suit art lovers and the art curious,” Lara says.

“These works have made an impact or raised a lot of questions and that is what we think it is an extremely important thing to happen, whether you enjoy or love the works themselves.”

Howl is presented by APHIDS, the Art Gallery of South Australia, Vitalstatistix and RCC, as part of the 2020 Adelaide Biennial of Australian Art: Monster Theatres.

It is showing on Wednesday, March 11, to Friday, March 13, at the Art Gallery of South Australia. More information is available here.