How to… Art After Dark 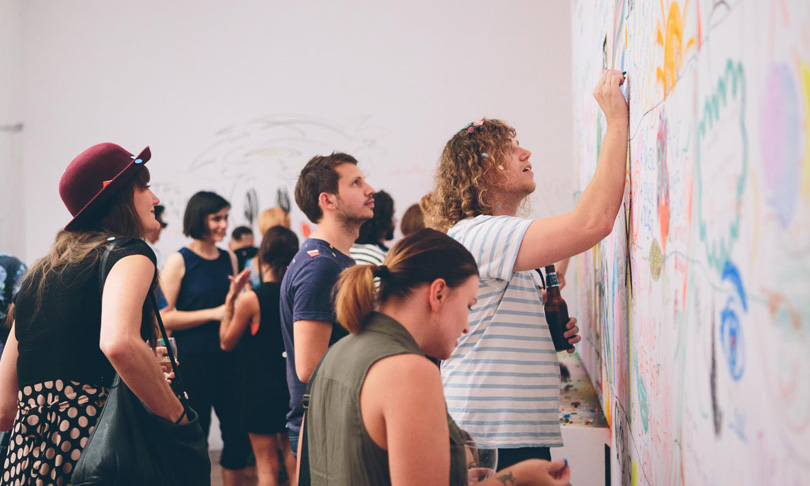 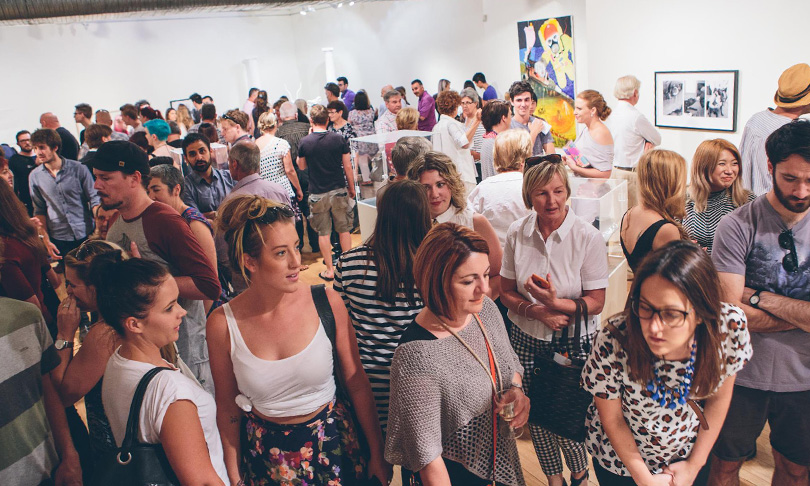 Art After Dark was originally conceived as a way to make clear that all the city’s cultural institutions aren’t, despite popular opinion, clustered along North Terrace.

Art After Dark’s Summer Party is happening on March 17 in and around the Lion Arts Centre at the corner of Morphett Street and North Terrace from 5pm.

Food will be available from Daisy Burger and local café Peter Rabbit will be serving cold brew, iced tea and juices – all in the Lion Arts Courtyard from 5pm, which is also where you will find the live music and artist workshop.

“Art After Dark promotes a social culture around art and aims to connect the UniSA campus environment with local artists and businesses,” says Claire Robinson, who is the Art After Dark assistant at the Samstag Museum of Art.

By creating opportunities for cross pollination, Art After Dark is part of the wholesale rejuvenation of the West End precinct which has been happening rapidly over the past couple of years.

A key part of this strategy is to also work with nearby businesses, especially food and drink venues, to ensure the  events’ effectiveness reaches beyond institutional walls.

“One of our major focusses is bringing together businesses and cultural venues in collaboration,” says Claire.

Accordingly, the March 17 event will feature all of the arts partners mentioned above and several surrounding restaurants, bars and venues for what is being called a “Summer Party” – something we’re sure is metaphorical given the actual season it occurs in.

There will be burgers from Daisy Burger and music from acts Billy The Tree, The Coconut Kids and Zedbra in the Lion Arts courtyard, creating atmosphere as people cross between venues. Local café Peter Rabbit will also be on hand serving cold brew, juices and iced tea for punters made thirsty from high intakes of culture.

The JamFactory, Australian Experimental Art Foundation and the Samstag Museum – where elements of the Adelaide Biennial Magic Object are showing – will all extend their gallery hours into the evening. The Mercury Cinema will be screening Dishonored and Blonde Venus as part of its Cinémathèque program, and a joint exhibition opening of Who are we anyway? will take place across Nexus Arts and Kerry Packer Civic Gallery.

Claire and the Art After Dark team have also arranged an artist workshop, which is being conducted by Elyas Alavi.

“Elyas is an Afghani from a refugee background,” says Louise Dunn, executive director of Nexus Arts. “He’s been in Australia for a number of years and done a lot of work with Nexus – he’s a contemporary artist, poet and visual artist.

“The workshop is for kids, but adults can join in too. It’s called cardboard treehouse – young people will be making 3D houses out of cardboard and decorating them, then they’ll be taking portrait photos and sticking them on the houses. So, kids will learn about recycling materials and the notion of home and what that means to them.”

The workshop reflects some of the same themes that will be seen in Who are we anyway?, which features work from three artists reflecting on issues around the perception and reality of refugees.

“The exhibitions are still forming, but basically the Kerry Packer Gallery are going to have a lot of Muzafar Ali’s work – he’s a photographer and he’s documented his whole journey from Afghanistan to Australia,” says Louise. “Our exhibition is more about a school in Indonesia, [artist] Joylan Hoff had been living in Indonesia with his wife and kids for a while, and he heard about this school Afghani refugees had set up in Cisaru, so he just sort of went up there one day to see what was going on – there’s video work and maybe some paste-ups from him.

“There will also be live interactive stations with Khadim Dai – another Afghan refugee who is sitting in limbo over there in Indonesia waiting for his application to be processed. He has a Facebook page and a bit of a blog going just talking about who are we [the refugees], showing that actually, we’re just people.”

It all kicks off from 5pm on Thursday March 17, so be sure to have curbed your festival season hangover by then.