New Camouflage goes beyond the act of killing

Artists Gabriel Cole and Lucas Croal have lost themselves in the natural art of camouflage for the past seven months. See what they found in the woods when their show, Nu Camo opens this Friday at The Mill. 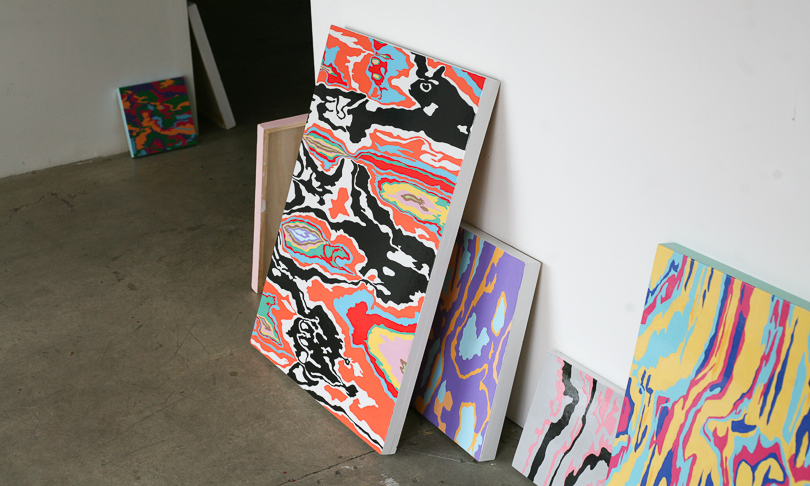 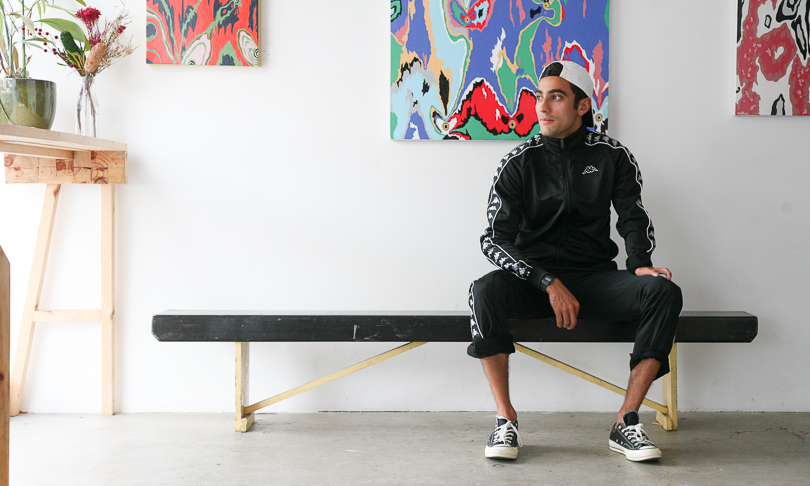 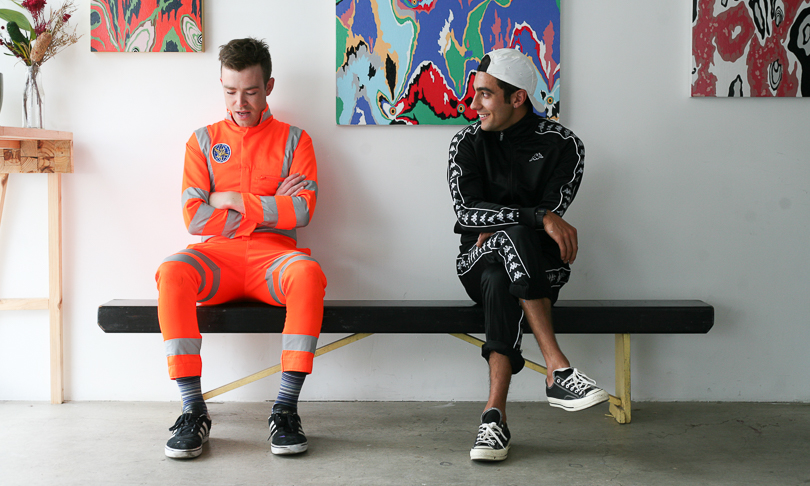 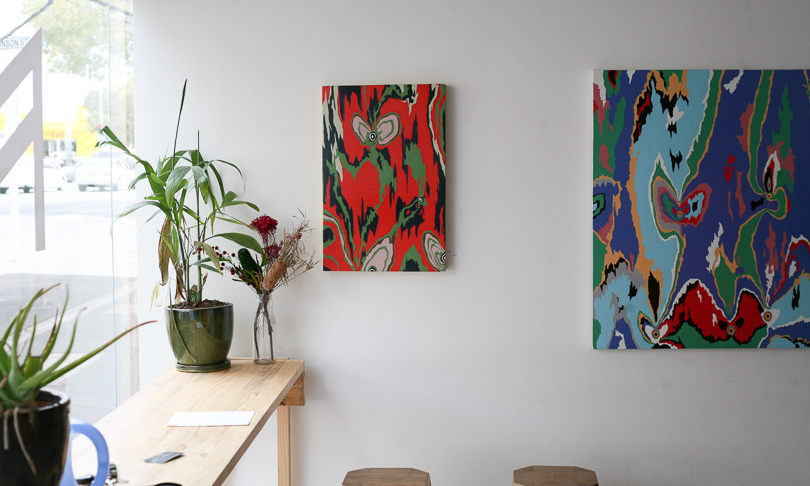 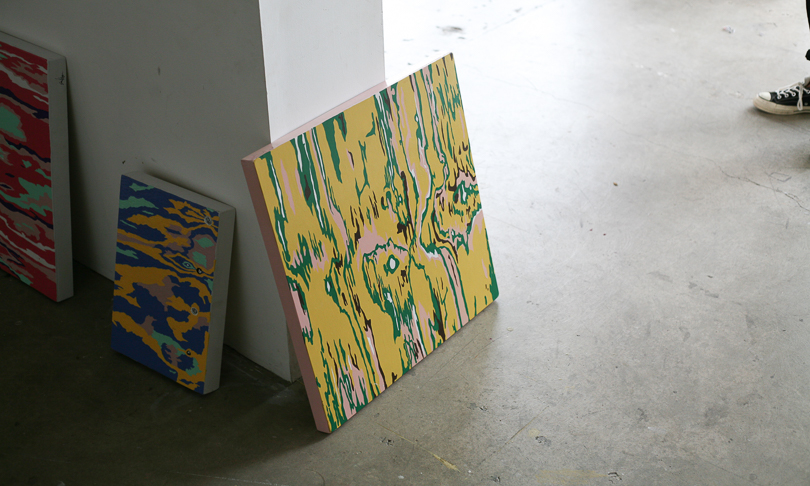 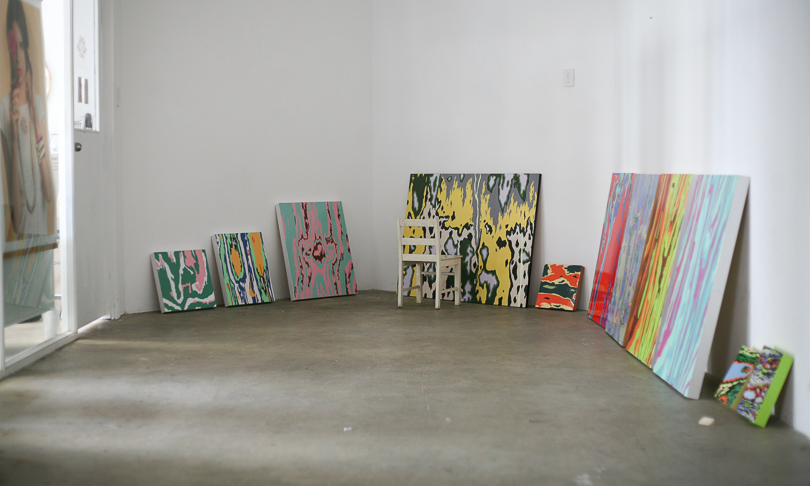 The world marched proudly into the first military conflict of the industrial age in 1914. The French stood out most, resplendent in vibrant blue jackets and bright red trousers. And the machine guns mowed down thousands of young French men.

The French slang word camouflage came into common English usage during the First World War, even though the concept had been used militarily for centuries prior. But ever since the French ditched their their bright blue and red ensemble in favour of a drab, “horizon blue,” hiding in plain sight has become an art of modern warfare.

In many ways Lucas Croal and Gabriel Cole are continuing this tradition. Behind their latest body of work, collaborating under the moniker Beyond Killa, the two artists have got ideas on the world and their exhibition, Nu Camo meditates on the realities of the post-industrial digital age.

“The art that we both wanted to do,” says Gabriel continuing, “it goes beyond one person.”

Indeed the artists have collaborated on every one of the 35 pieces you’ll be able to see tomorrow night, Friday 4th March at The Mill.

“We’re constantly biting each other’s styles,” says Lucas referring to the friendly plagiarism that exists at the heart of their teamwork approach to painting.

The theme of camouflage works well for the pair as their art practice is also grounded in a commercial reality.

“We wanted to explore ideas that have the capacity to be brought across to fashion,” says Gabriel.

Beyond Killa is an attempt by the two to engage non-art audiences and bring them into something that clearly gives both of them a lot of joy. Indeed the two can barely keep a straight face at the beginning of the interview while they spruik their take on “contemporary abstraction in the public realm”.

Nu Camo adds to the deep and growing street / art (not to be confused with street art) culture that includes murals and street wear, skating and DIY culture at large.

However there’s merit in the pair’s concept beyond mere aesthetics.

Hiding behind glib remarks and controversial, “art’s a joke” pull quotes, is a deeper understanding and investigation into the changing human reality in this digital age.

Both Lucas and Gabriel are committed to realising and better conveying the feeling of their generation— a generation saturated by imagery and an audience overwhelmed by information.

“I do think the work comes from this feeling of anxiety that the Internet creates,” says Lucas. “We’re obsessed with creating something that cuts through the noise, something that will last longer than two seconds and, let’s face it, that’s the lifespan of so many images on the Internet,” he says.

Gabriel adds to this explaining that the pressure he feels to both contribute and exceed what has come before is intense.

“You’re constantly looking at what’s come before and working and refining what you’re doing in order to create something that is better… but you can’t be better for just a second, we want to make something that resonates and affects people on a deeper level,” says Gabriel.

CityMag suggests this may be difficult to achieve in the mode of decorative art but Gabriel and Lucas are insistent that they’re not making art for artists or with art degrees necessarily.

Camouflage is part of the natural world. It is used in exactly the same way by humans as it is by animals and insects – to deceive, disrupt and surprise prey and predator.

While the world marches proudly onward—into an increasingly connected, complicated and revolutionary medium of global, social interaction—perhaps it’s time to consider again what we’re wearing and how we’re protecting ourselves against being exposed.