Here’s to music, booze, and this view

The Here’s to Now festival remains one of the most lovely times to be had on the Fleurieu Peninsula, but as it enters its sixth year it is evolving to reflect the changes in the life of its organiser and the changes in the culture of South Australia.

Here’s to Now began in the mode it intended to continue – as a big old party in a very beautiful place.

Six years later it retains that essence. The music festival still takes place in the eye-wateringly exquisite gardens of Coriole winery, where plentiful consumption of good booze and ready creation of a dance floor seem inevitable.

“It’s been five years – six years if you include the Coriole Carnivale… where the Bearded
Gypsy Band played and it was really good – there was about 250 people there, it was actually a belter,” says Here’s to Now founder and organiser Jordan Jeavons.

But while the concept behind Here’s to Now has held consistent over that time, some things about the event have changed.

As Jordan has grown up, so has the festival’s offering.

“I might have changed a little bit in six years, so now it’s a bit more focussed with a music offering and a little bit more concerned about really high-quality production,” says Jordan.

“I guess the other thing that has probably changed is we’re probably targeting a slightly older demographic, because I want my friends to come.”

The festival’s lineup for the next event – which takes place December 29 – reflects Jordan’s increasing interest in showcasing and celebrating artists working in the swiftly evolving world of soul, jazz, and new-wave hip hop.

Headlined by French electronic superstar FKJ, who is taking in Here’s to Now as part of an enormous international tour in support of his eponymous debut album, the program also features a return solo set from Hiatus Kaiyote front person Nai Palm, and locals like The Shaolin Afronauts and Naomi Keyte.

“I genuinely really like this music, and I feel like it reflects the way a lot of musicianship is being celebrated at the moment in music – people actually acknowledging the ability to do amazing things.”

Part of Jordan’s intention to focus as much as possible on the music side of Here’s to Now is also driven by observations he’s made about the culture of live music in Adelaide. 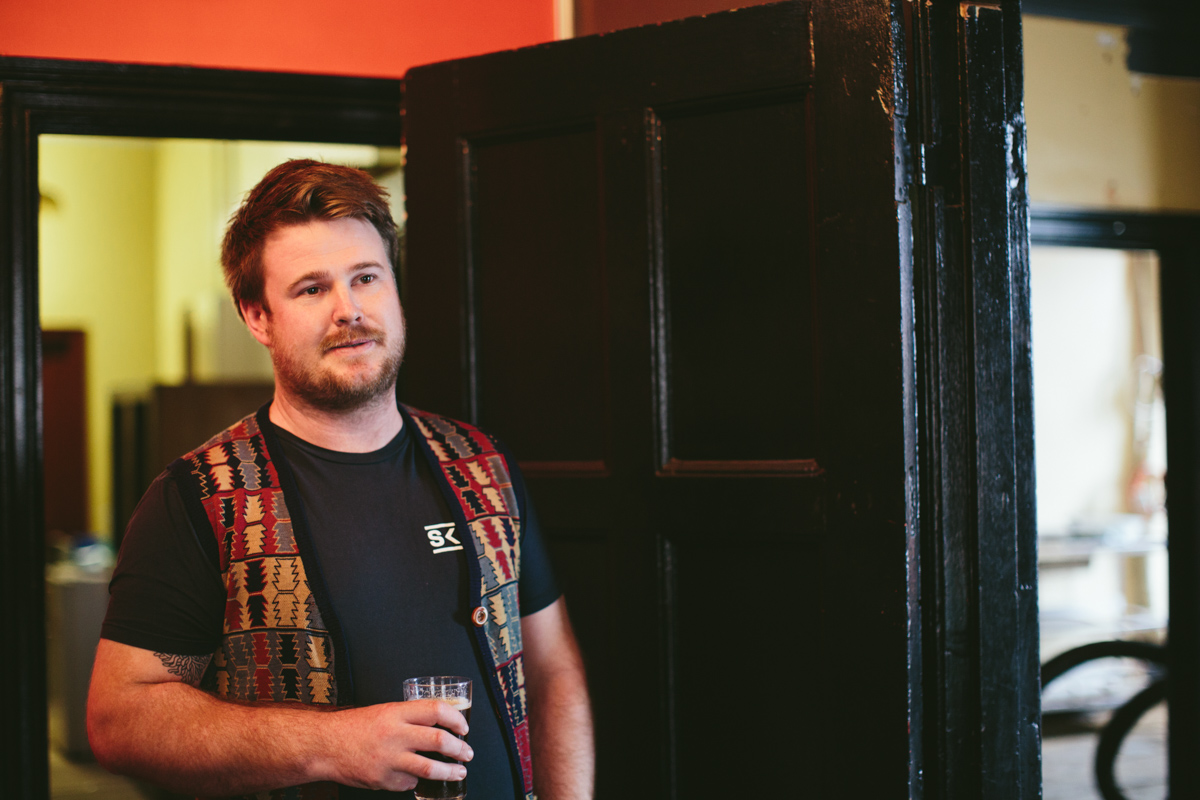 After years of attending shows, he’s beginning to see crowds dwindle – even at venues like Rocket Bar that have long been known for programming a strong string of relevant emerging acts.

“I think we’re a pretty cultural city but we’re not particularly good at supporting new and interesting music,” he says.

“People like Ross McHenry [band leader of The Shaolin Afronauts] – he’s an incredible, world class artist… And if he was in London he’d be huge, but they stay here and they really struggle to make ends meet. So I try to support them.”

Part of that support is making Here’s to Now into an attractive all-round package that can bring people to see the music by enticing them with other cultural elements like food and booze.

This year, pizzas by instant institution Pizzateca, ice creams from the Devour truck, off-the-chain Spanish food from Central Market legends Comida, wines by Coriole, beers by Vale Brewing, and cocktails from pop-up bar Billy Sunsets will be used to lure in the punters.

“That’s the thing, people probably will go to a beautiful music event if it’s in a lovely winery or a beautiful backyard,” says Jordan.

“Maybe in order to get people out to watch music you have to provide a really nice environment of food and booze and grass and cushions and rugs, and some tapas and sunsets, in order to actually get people to get out of bed and see a band.”

But as anyone who has attended in previous years would know after turning on the beat, with eyes moving from band to the smiling faces nearby and up to take in the sunset – it’s not just the food and booze, but the special combination of music and McLaren Vale that makes a night at Here’s to Now magic