Guthrie Govan is known for his beyond-belief technical guitar skills, but he will also bring a deep musical wisdom and emotional sincerity to his show at the Adelaide International Guitar Festival. 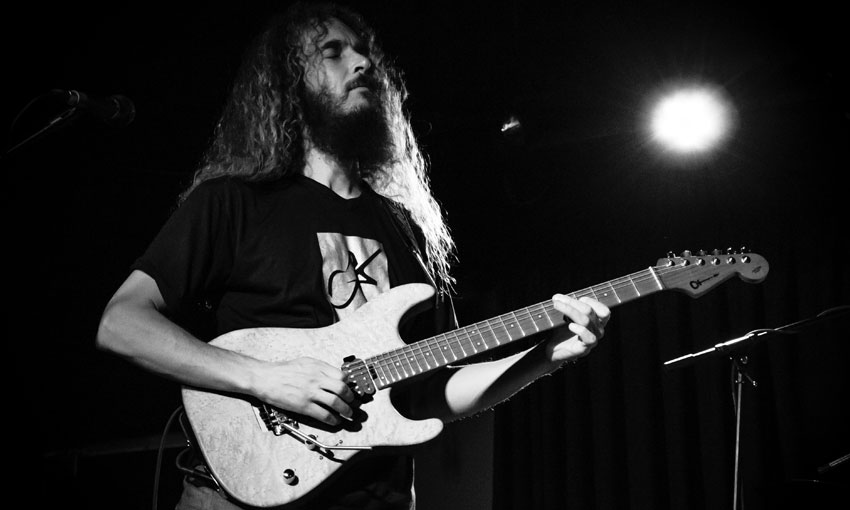 “That’s the only necessary thing in music, I think – if you’re sincere and you’re being musical and you’re communicating then all the technical stuff is just a by-product of doing it for long enough,” Guthrie Govan says.

“I hate the idea that every night you play a song is the same and your challenge is can you get all the notes right,” he says.

“You get to a point where that was just another gig where you got all the notes right, yawn. But if you’re always looking for something different and welcoming the unexpected and hoping that some kind of tangent will invite you to go off on it that’s great.”

For his Adelaide show Guthrie will be joined onstage by two Melbourne musicians – Chris Bekker on bass and Johnny Salerno playing drums.

The pair have learned the material from Guthrie’s solo album, but the shape of the July 19 show remains a mystery still. Guthrie says the ultimate run-list will only be decided once the three musicians have spent rehearsal time getting to know one another.

“Once I’m in Adelaide we have the opportunity to rehearse a little bit and I’ll get to know these musicians and we’ll figure out some way of playing my music that seems best suited to the talents of the people in the room,” he says.

“I know they’re great – they can definitely play. But, certain things you can’t really tell until you’re in a room with them having a musical conversation. As soon as we start playing I’ll have an idea of how loose and improvised the set can really be.”

While the structure of the show is still undetermined, audiences can be certain that the music technically brilliant music they’ll hear when Guthrie takes to the stage will also be infused with abstract emotional currents.

Guthrie plays the Dunstan Playhouse on July 19 at 9pm for the Adelaide International Guitar Festival.

Referring to instrumental music as “transcending language” and the guitar as a “red herring” that defers people away from his true love of using music to communicate, Guthrie’s show promises something a lot more intriguing than deft jazz-fusion licks delivered at high speed and with perfect accuracy – although there’ll definitely be a lot of that too.