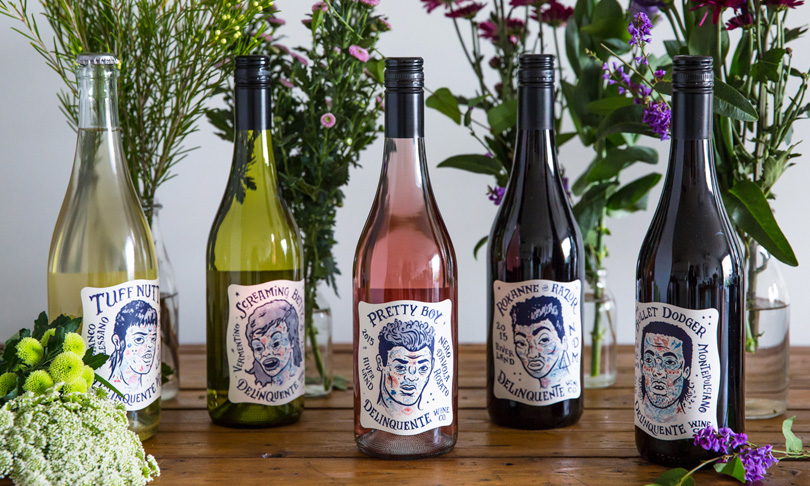 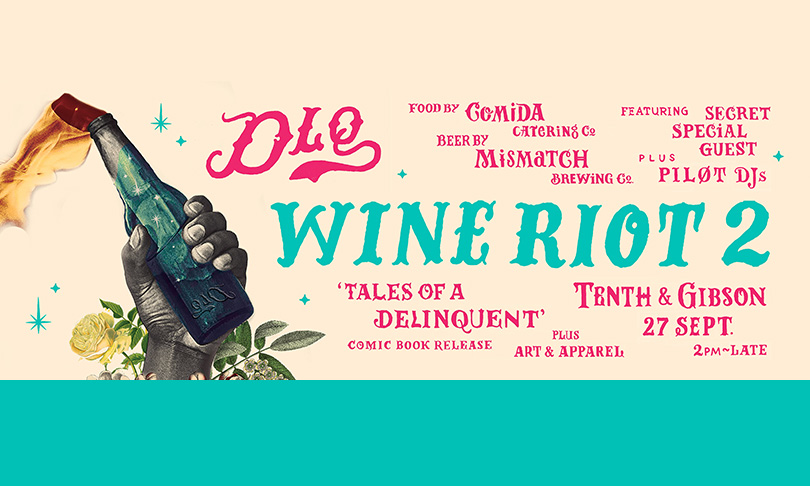 It was mid 2013 when bottles from Delinquente Wine Co, a South Australian boutique winemaker dedicated to small batch wines with personality, first appeared behind the bars of Adelaide favourites like The Grace Emily and Clever Little Tailor.

Wine Riot 2 will be held at Tenth and Gibson on September 27 from 2pm to late. See the full details here.

Strong uptake of the label in local and interstate markets followed, and now founder Con-Greg Grigoriou is planning to mark his third vintage release with Wine Riot 2 – a wine, music and art-soaked party set to be held at Tenth and Gibson on September 27.

The occasion heralds the release of a new wine that will join the existing Delinquente collection – a Bianco d’Alessano, to be known as the “Tuff Nutt”, is the latest addition to the Delinquente line up.

“The Bianco d’Alessano was made in the style of Petillant Naturel, which is basically an ancient way of making sparkling wines,” says Greg.

“It’s an all natural ferment where the wine finishes the fermentation in the bottle. So you get a little bit of spritz … a little bit of carbonation. It’s a summer wine, ready to rock ‘n’ roll.”

The Tuff Nutt joins a cast of four other delinquents in the brand’s 2015 vintage: The Bullet Dodger (a punchy Montepulciano), The Screaming Betty (a Vermentino with serious bite), The Pretty Boy (a dry Nero Davola Rosato) and Roxanne the Razor, which is a blend of Montepulciano and Nero d’Avola grapes.

Italian for ‘delinquent’, Delinquente is all about creating a different drinking experience. Each wine, through its concept, creation and branding, is unique. Delinquente wines are all adorned with a different illustrated character, created by local artist Ankles, who was given free rein to come up with the visual identity of the brand.

Wine Riot will see these characters quite literally jump off the wine label into an exclusive comic created especially for the event.

“I guess the idea for Delinquente was to never really be pinned down, and to keep changing things up as we got a wider audience,” says Greg.

“This year at the event we’ve got some new artwork and some t-shirts that Ankles has created. He’s also made a comic, Tales of a Delinquent, that’s really funny and whacked out. It’s mainly about The Bullet Dodger, but all of the characters get a say at some point.”

Wine Riot 2 will also feature special one-off beers from Mismatch Brewing Co’s portable bar, Spanish food by Comida Catering Co and music from Pilot DJ’s and a top secret local band (whose identity will remain secret until closer to the event), and a variety of art and apparel will be for sale on the night.

Become a better writer this summer with Writers SA