Join Max Savage and friends for the best hip-shaking, foot-stomping blues and food fest this side of Goyder's Line. 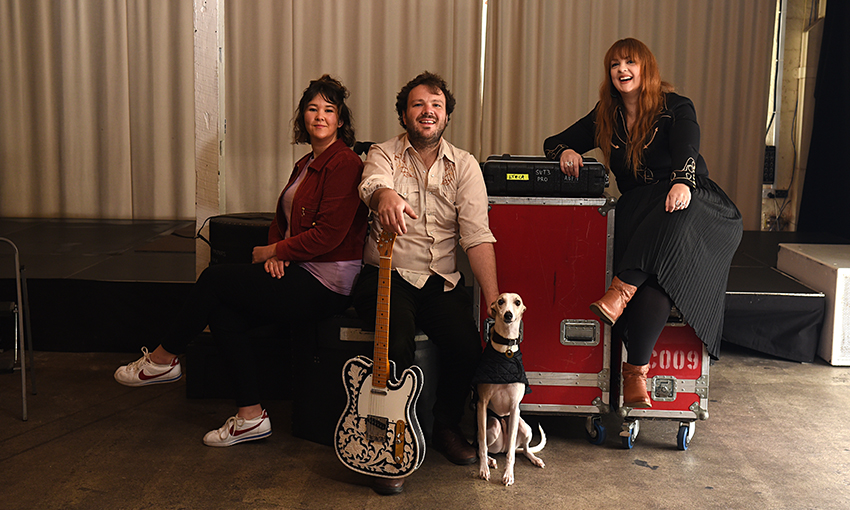 The interview with Max Savage, Tara McHenry and Hana Brenecki about their upcoming Father’s Day gig in Adelaide starts – rather aptly – with Max sharing some insights into a new app he’s downloaded.

The app monitors his sleeping patterns, records instances of him snoring throughout the night and rings the alarm at the perfect point in his sleep cycle so he wakes with maximum refreshment.

Dad Blues II at Chateau Apollo on Sunday, 1st September is going to be one hell of a refreshing party.

Everything about the music show is authentically “dad,” from its timing and duration (kicking off after Sunday roast lunch and wrapping before sunset) to its genre of music (ie: not too loud).

“Men of a certain age that grew up in a certain time in Adelaide grew up with a very particular genre of blues music and it’s very accessible music, because it’s quite easy to get the basics of,” says Max.

“For me and my brother, our dad would buy these mail-order CDs called, like, ‘Cooking the Blues’ or ‘The Essential Blues’ and they’d just be compilation albums and that’s what we grew up with.”

Each musician has a different experience of music their dads played in their childhood homes, but each remember thinking the music was essentially daggy.

“As I’ve gotten a bit older, I’ve gone, ‘I actually really like that music,’ and it’s great and it’s really fun to play and they were actually probably onto something,” says Max.

“I think it’s an essential part of getting older is actually realising your parents’ music taste wasn’t as bad as you thought it was,” says Max. Tara agrees and Hana laughs.

Last year’s event was an unexpected success. Tara says she was impressed by the size of the crowd and how many generations came out for the afternoon. Max says he’s had people asking him if Dad Blues is coming back for Father’s Day 2019 for almost a year now.

“The way that people accessed it, I think they thought it was a great thing. ‘I can bring my 65-year-old dad and I can bring my two kids that are seven and 11 and we can all come and have a nice afternoon together and eat some nice food,'” says Max.

The accessibility of the gig is important to the three musicians who are all pretty fed up with the Australian live music mantra that seems to dictate gigs be put on late at night and the volume turned up louder than anyone actually wants to hear. It’s a false sort of machismo that really misses the mark.

“My dad hates being out at night,” says Tara.

“My parents will only come to my gig if it’s a Sunday at the Wheaty,” says Hana. “And they can sit down and it’s over by 7pm. If that’s the gig I’m playing then they’re like, ‘oh, we’ll come to that’.”

Lucky for Hana you can still get tickets to Dad Blues II here.