Clowning around with Tessa Waters

Fresh from her most successful showing ever in 2015, comedian and performance artist Tessa Waters this year returns to the Adelaide Fringe to remind us that being silly is incredibly smart. 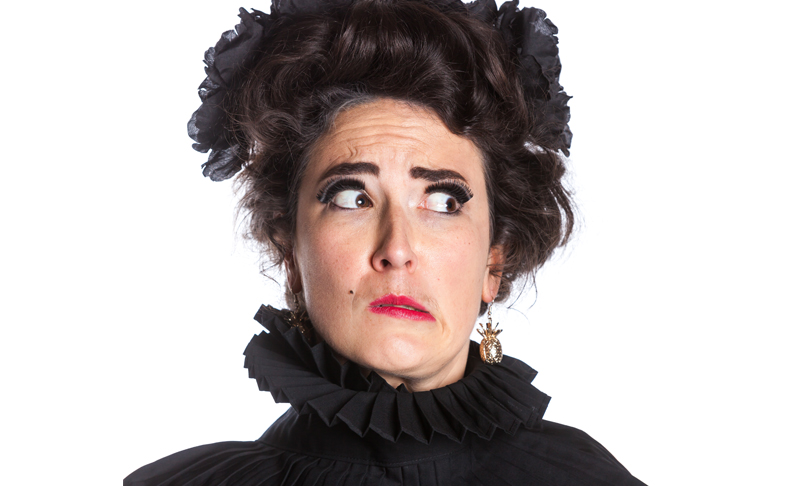 When CityMag walked in to Tessa Waters’ 2015 show, WOMANz, we expected the usual ‘sit and be talked at’ comedy to which we’ve grown accustomed.

Tess is performing in The Garden of Unearthly Delights throughout the Fringe Festival. Find tickets and info here.

We never thought we’d be asked to twerk, dance and touch our genitals and tell them that we love them … but that’s kind of what she’s all about.

“A quote from my Perth season said I ‘smash through the stage, the fourth wall and into the audience’s faces’. I love that,” says Tessa. “It totally sums up my attitude to making a show.  It’s a live show right? I’m gonna talk to you, play with you and invite you along on this awesome ride I’m on.”

For the uninitiated, Tessa isn’t your regular standup comic. Having studied clowning in France under the master Phillip Gaulier, she creates work that is physical, powerful, hilarious and, perhaps, most of all, silly.

“Phillip’s work focuses on the performer finding genuine joy to be on stage in every single moment, to be proud of their jokes and to be really sensitive to the audience, the room, sounds …  everything. For me the ‘joy’ is the key,” says Tessa.

Joy isn’t something that is restricted to her performance. Instead, Tessa says it permeates every level of what she does, including the audience’s experience.

“I figure if you’re paying with your hard-earned money and time for a ticket, I want to give you a great time and send you out into the night dancing.

“I love finding a way to make every single person in the crowd at the very least giggle and at the most really surprise themselves. There’s so much noise in the world telling us we’re not good enough, or we should be worried about this that and the other but I say screw it, if the world’s gonna end I’m going down dancing!”

Tessa is also going to make sure she gets as much of Adelaide dancing as possible. After the success of WOMANz last year, she’s performing two shows at the Fringe in 2016 – the first is a children’s show and the second is her night-time show for adults.

The children’s work – How to Be a Rockstar – transfers Tessa’s coda of empowerment and self love to children: “It’s all about promoting body positivity in kids through dance and rock and roll music. It’s kind of half rockstar training workshop and half mega fun dance party.”

Meanwhile, her adult show, entitled Tessa Waters Over Promises – re-appropriates the self-love explored in WOMANz to the performer herself, disposing of character in order to fully embrace Tessa’s own inner silliness.

“Over Promises is the most ridiculous show I have ever made and I love it a lot. WOMANz was all about empowering people to be themselves, but she was a character so I thought well if I’m gonna practice what I preach I better do a show that’s just me, me in my uncensored idiotic joy. It combines dance, clown, sketch and slapstick to create a glorious hour of stupidity.”

But fun doesn’t necessarily equal mindlessness. As silly as Tessa’s work is, it is also radical and subversive when her silliness collides with her unabashed femininity.

“I am a comedian/woman/feminist who is passionate about empowering others (both men and women) to love and have confidence in themselves, to respect each other and to remember the importance of being silly and joyful,” says Tessa.

“So by default these themes always come through in some way in my work. It’s kind of sneaky feminism though, the kind that creeps up on your while you’re laughing yourself silly.”

We don’t really know what to expect this time around, but that’s kind of the magic of Tessa Waters. Enter her world and, for a little while, you can lose yourself in the silliness of it all. It could be the smartest thing you do all year.