With the announcement of the full 2016 Writers' Week program this morning, event director Laura Kroetsch reflects on the power of words to shape how we see the world. 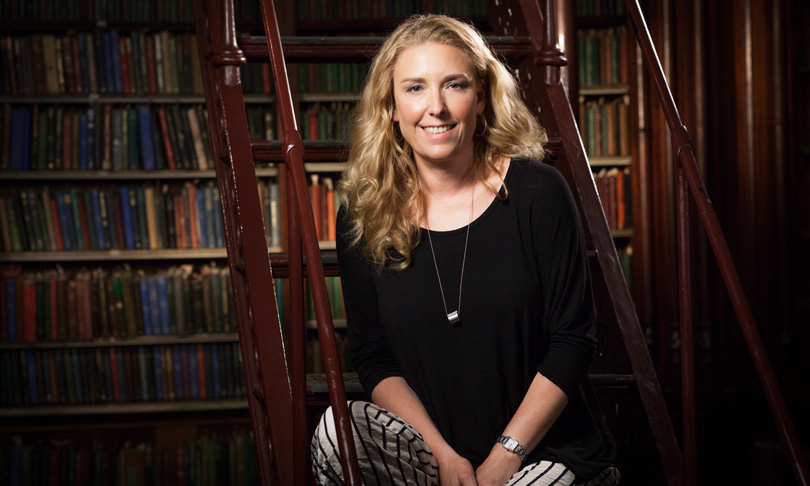 Originally founded by a group of poets, Adelaide Writers’ Week is the oldest festival of its kind in Australia. In 2016, with a well-rounded assortment of novelists, biographers, journalists and up-and-coming American writers, it has broad appeal.

Writers’ Week takes place in the Pioneer Women’s Memorial Gardens from February 27 to March 3. You can see the full schedule at the website from 9am on Thursday, January 28.

CityMag editor Farrin Foster will be chairing two sessions as part of Writers’ Week – one about the politics of being a woman in Australia with Jane Caro and Annabel Crabb on Sunday, February 28 from 2.30-3.30pm and another about the publishing industry and its history with Lucy Sussex on Thursday, March 3 from 9.30-10.30am.

This year’s 90-strong author list pulls together some of the world’s brightest minds and voices; so there’s little chance you’ll find time to be bored.

Writers’ Week, which is one of the few free offerings on Adelaide’s summer festival scene, has been carefully curated, with each author handpicked by Laura and her team.

Announced this morning are international luminaries like the UK’s Richard Dawkins – a pioneering atheist, animal behaviour specialist and author of The Selfish Gene and Alexander McCall Smith, who is best known for his bestselling No. 1 Ladies’ Detective Agency series.

The latest author announcement also includes a strong contingent of writers from the USA. President and CEO of New America Anne Marie Slaughter will be speaking after her most recent publication – Unfinished Business: Women, Men, Work, Family while Lauren Groff will also make the Trans-Pacific journey to take on similar themes in an entirely different way with her best-selling fiction work Fates and Furies.

At the heart of this year’s program is the idea of memory, which Laura says is a growing concern for people in the 21st century.

Picking up on this sweeping theme is young American author Jesse Ball with his novel A Cure for Suicide, which has distinct dystopian-Orwellian undertones. For a different slant on the notion of memory, Hyeonseo Lee will be speaking to her memoir – The Girl with Seven Names, which is one of the first credible accounts of someone who has successfully escaped from North Korea.

What we here at CityMag enjoy most about the festival, held under a lush canopy of trees in the Pioneer Women’s Memorial Garden, are the conversations the inspiring thinkers stir up.

“You’re not just listening to people on the stage, you’re talking to people sitting next to you in the audience, or in the coffee line,” Laura says.

Something bound to get people talking is the idea of feminism.

“Misogyny is huge at the moment, but people are a bit unrealistic about how far we’ve come, so it’s important to keep that discussion alive,” Laura explains.

Swathes of fiery women attending this year include Magda Szubanski, Annabel Crabb, Jennifer Clement – the first female president of PEN International, an organisation working to defend freedom of expression – and the intriguing and cinematic author Joanna Walsh, who created the hashtag #readmorewomen2014.

On that topic, Laura is presenting writers like outspoken Russian journalist Masha Gessen who can speak on domestic terrorism, to Israeli author Etgar Keret’s whose quirky memoir chronicles the realities of life during wartime. Then, for debate of a different ilk Simon Bryant and Jennifer McLagan – who was ‘real food way before paleo’ – will tackle the politics of food.

For her fifth festival, Laura has held true to her commitment of delivering a community event that by no means requires you to have mastered the art of sonnets or hyperbole. Instead, with a melange of well-known figures and other great surprises there’s something for each of us to feast on.