The Adelaide artist presents a body of work that explores a new stage in her life, and includes a painting of her Garfield mug. 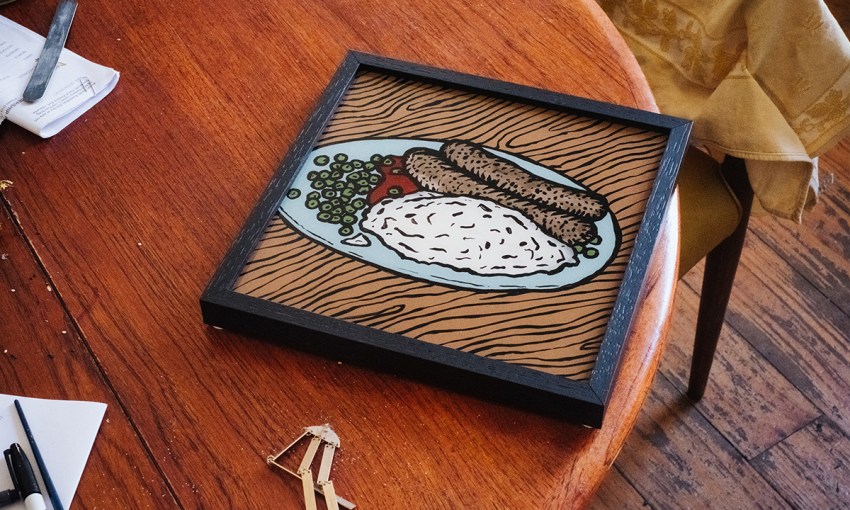 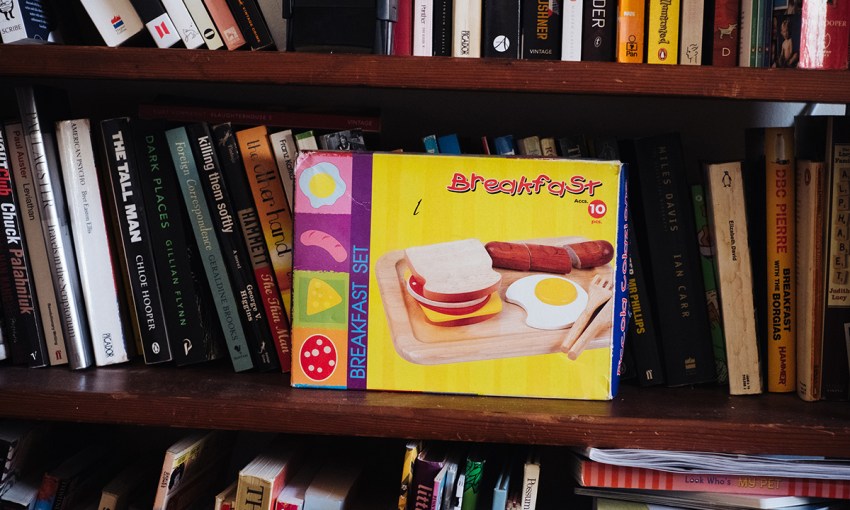 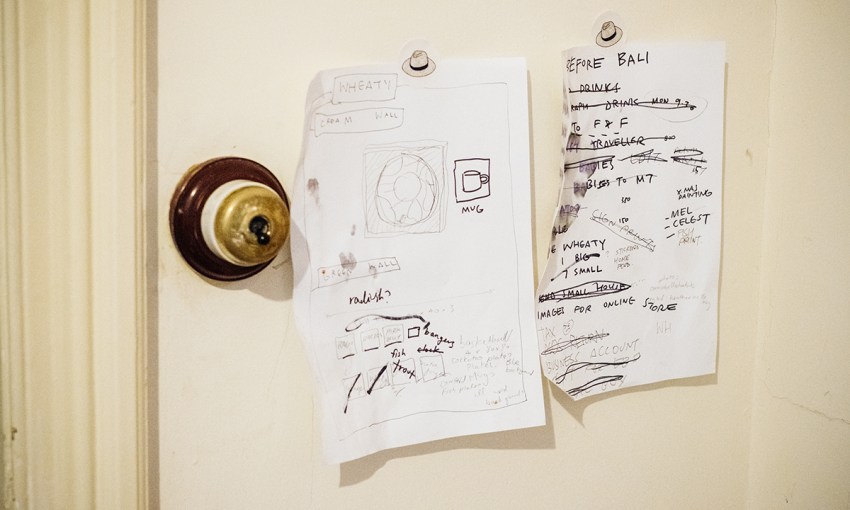 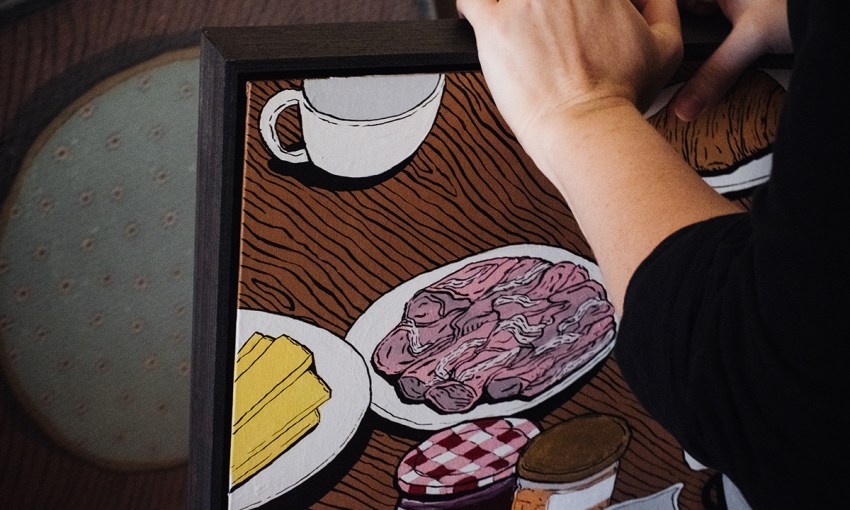 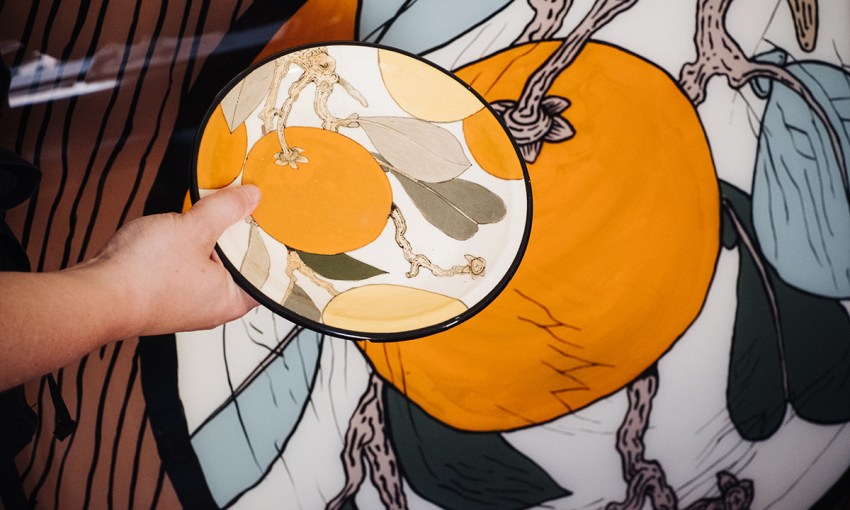 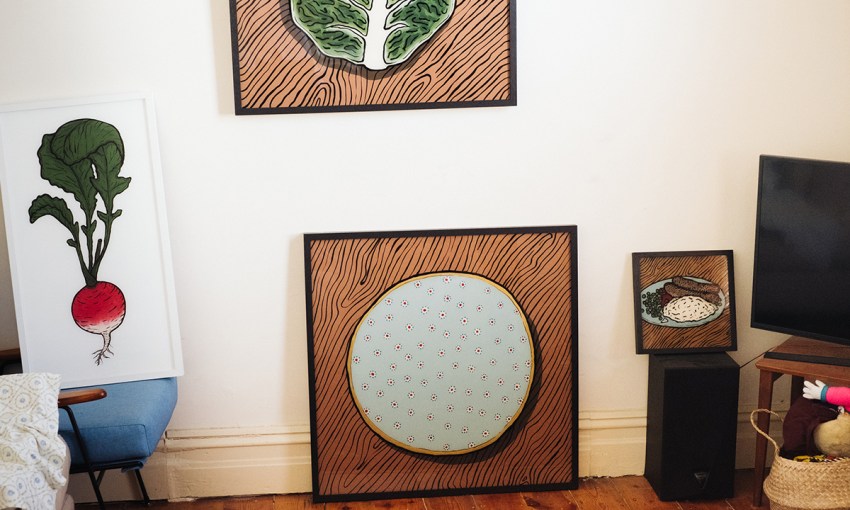 Billie Justice Thomson’s paintings have long been focussed on the ordinary materials of life.

She’s well known for her illustrative representations of food and booze, rendered with stylised affection. But her latest body of work, which will be shown in an exhibition at The Wheatsheaf Hotel opening this Thursday (December 7), comes even closer to home.

“I have never painted from home before,” says Billie. “I have always had studios – I studied at UniSA so I had one there, and then I had a studio in Melbourne when I lived there so I had a separate space to paint.

“And then because I had a baby I was here, so I kind of made a studio in the kitchen with the heater on. And it was easy enough to keep warm and all the pieces are very domestic.

“My work is often pretty domestic but this is particularly homey for me and it was really nice to paint at my house and make cuppas and enjoy the space and my family all at the same time.” 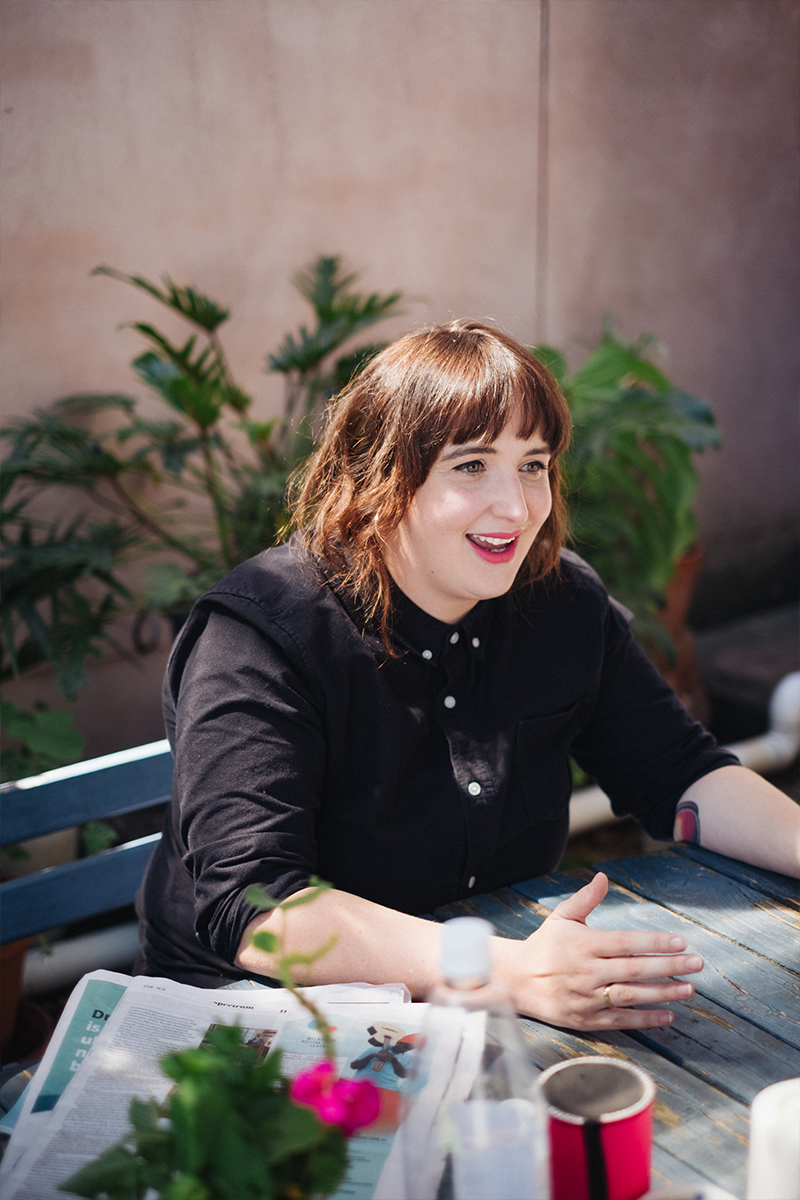 Included in the body of work – entitled Home Paintings – are pieces based on a few of Billie’s best-loved possessions.

In paint, she’s recreated her Garfield mug – an object emblazoned with the word ‘Mum’ that she found in an op shop just a few days after realising she was pregnant. 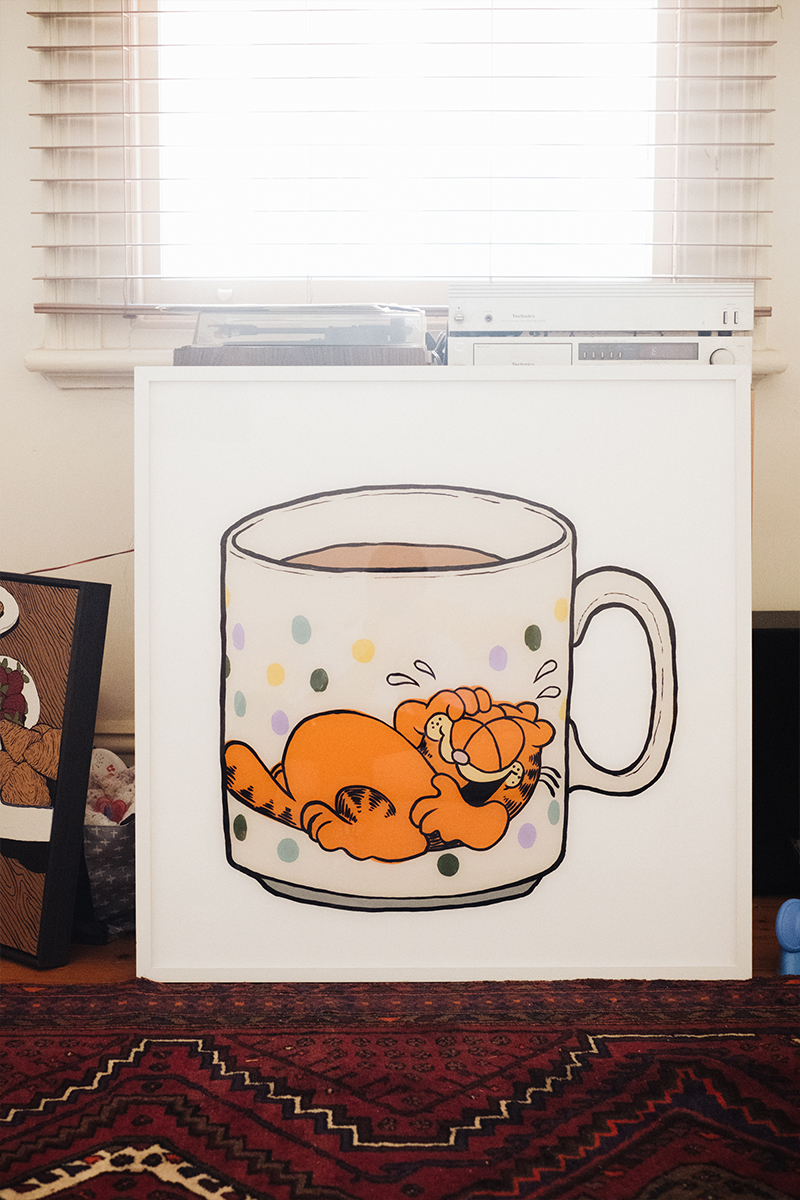 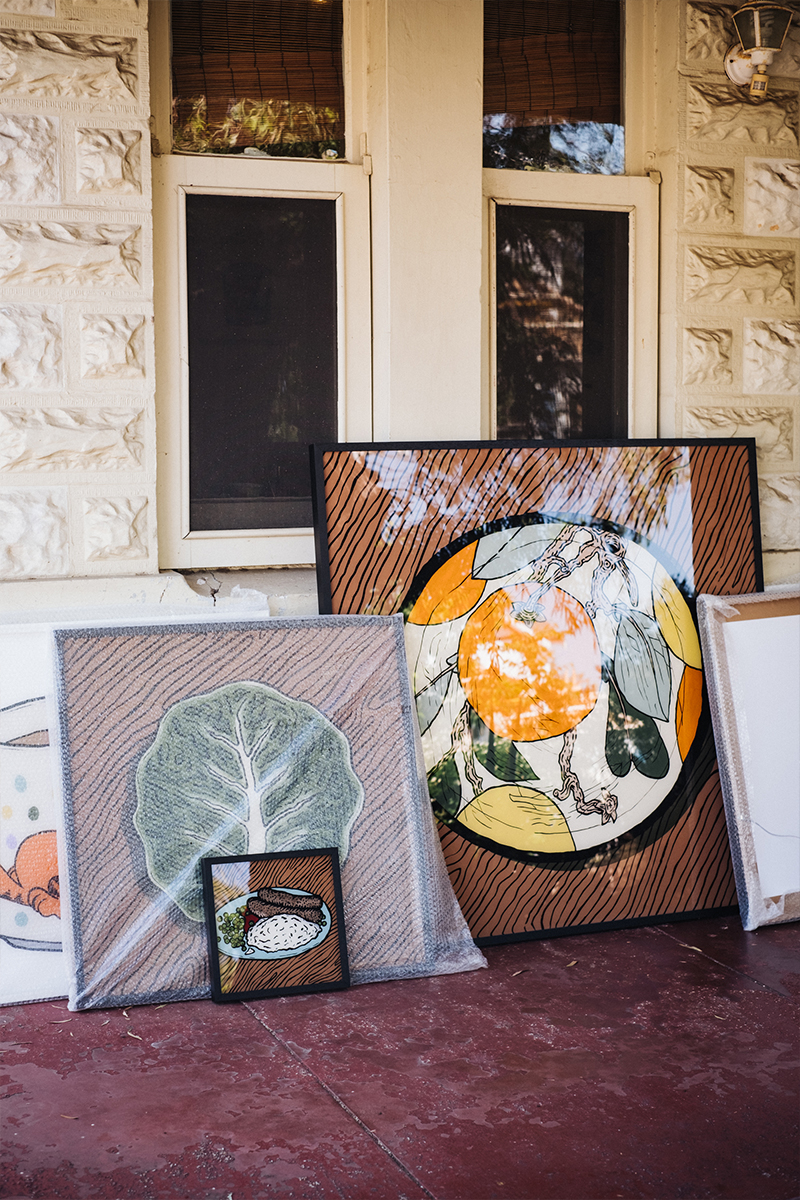 And one of the biggest pieces of the collection depicts a plate Billie has carried with her from home to home.

“My Dad is quite good friends with Stephen Bowers who was director of the JamFactory for a long time – he makes those beautiful works with the illustrations of birds on them,” says Billie. “He’s just a kind of old guru and a nice person.

“I have a plate of his that I pinched from my Dad when I first moved out of home and it’s of an orange collection that he first did in 1991. It’s survived so many share houses and it has a big chip in it and I’ve had so many snacks on it, and I just love it and I wanted to do a painting of it.”

Just as the show marks a change in Billie’s life and the way she makes art, it also heralds an evolution of her style.

While her established illustrative style lives on in much of the commercial and public work she does – which can be seen in places like the shop windows of Henley Beach Road’s The Simple Market – her personal creative work is developing.

It’s a transformation that’s been smoothed by the opportunity to exhibit in a pub rather than in a traditional gallery space.

“I have consciously made an effort to try and change my style because I don’t want to get bored of it myself,” says Billie. “Because there is only so many square paintings of a single object that I can do.

“So I’ve tried to make a small change and I think that will probably be evident in this show, and I think this show at The Wheaty has allowed me to do that because it’s not a commercial space – it’s such a friendly space.”

Billie’s work remains friendly too. While its structure, tone, and content might have evolved, what maintains is the purpose of everything she creates.

“I make work that I would want to have in my home – at the end of the day, I look and think, I wouldn’t want to hang that on my wall so I couldn’t ask anyone else to hang it on theirs,” she says.

“But then, I think that I paint work just for people who don’t take it too seriously. It’s for anyone who gets the humour.” 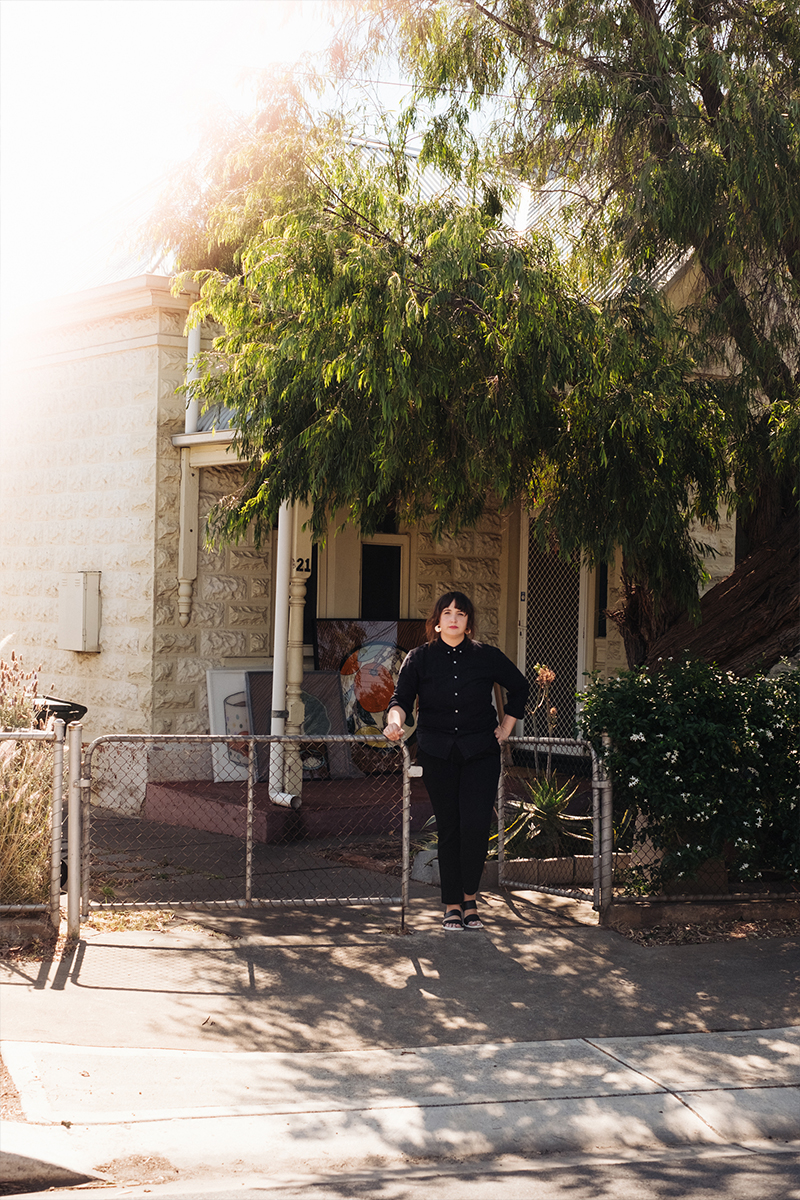