Australian Dance Theatre Vs. The Art Gallery of South Australia

If sculpture is still, dance is movement.

The Art Gallery of South Australia curator Leigh Robb has brought together the two art forms by commissioning The Australian Dance Theatre (ADT) to produce a dance piece to complement and combat against the Gallery’s soon-to-launch sculpture exhibition, Versus Rodin: Bodies across space and time.

Versus Rodin runs from March 4 to July 2 at The Art Gallery of South Australia.

Adult tickets are $18 and can be purchased online.

Presented by the Art Gallery of South Australia Foundation and supported by Adelaide Festival, the ADT’s resultant work is entitled Doppelganger  and will be performed exclusively as part of the exhibition.

ADT Artistic Director and Doppelganger choreographer, Garry Stewart, says that bringing the two forms together began with the idea of duels and duets. 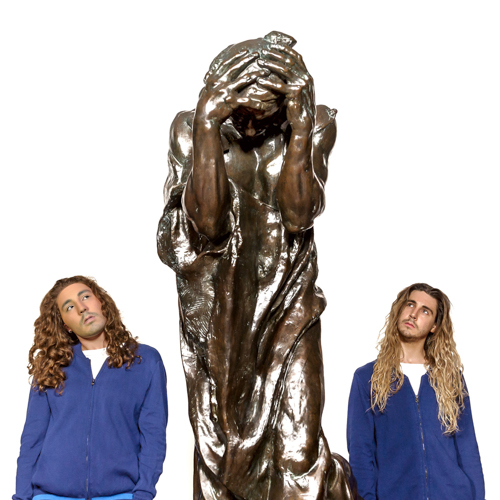 “This idea of artists, in a way, creating a conceptual duet with the work of Rodin, or a duel. As though, they’re sort of versus Rodin, or contrary to Rodin, and I think that’s really pertinent to what we’re doing,” he says.

But the collaboration is about more than that, says Garry, because both mediums capture the physicality of human emotion.

“As with many sculptures, there was a fascination of the replication of the human body through sculpture. Particularly with the work of The Thinker, which captures the full bodily or corporeal expression in an act of deep thought,” he says.

“So, when we’re thinking it’s not just our minds that are turning over, we actually physicalise concentration and contemplation. The Thinker has one hand under one chin and the brow is furrowed and the torso is hunched over.

“So, there is physicality to human emotions, and that’s something that dance portrays very, very well. We make reference to the physicality of human emotion and human psychology and then we aestheticise that and create patterns out of that kind of expression and give it a kinetic force.”

Using the concept of a doppelganger to enhance this expression of emotional physicality came out of conversations Garry had with Leigh at the Art Gallery, and previous work he had done.

“I made a work a number of years ago called Be Yourself, and I was quite interested in the way our self and our identity feels quite whole and complete, but actually it’s splintered and made up of multiple facets that our conscious mind draws together into a seamless narrative. In a way it’s almost an illusion that we create, that we have this solid identifiable narrative of our selfhood.

“I was kind of really curious about that and it made me think about multiple aspects of our personalities, and that led me to think about the doppelganger.

“One of our dancers, Matt Roth, we had masks made up of Matt’s face. There are 6 dancers, and all of them are wearing masks of Matt, so they’re all identical as Matt. They’re all representative of different parts of Matt’s psyche.”

ADT will be presenting the work as two 15-minute segments during each performance, and, as the season progresses that will evolve into three 10-15-minute segments. In the long term, they plan to perform the whole piece, which will be about 45 minutes duration.