The people behind the podcasts

From bedtime stories to tales of tattooists, podcasting’s possibilities are endless. CityMag found out what Adelaide is contributing to the platform. 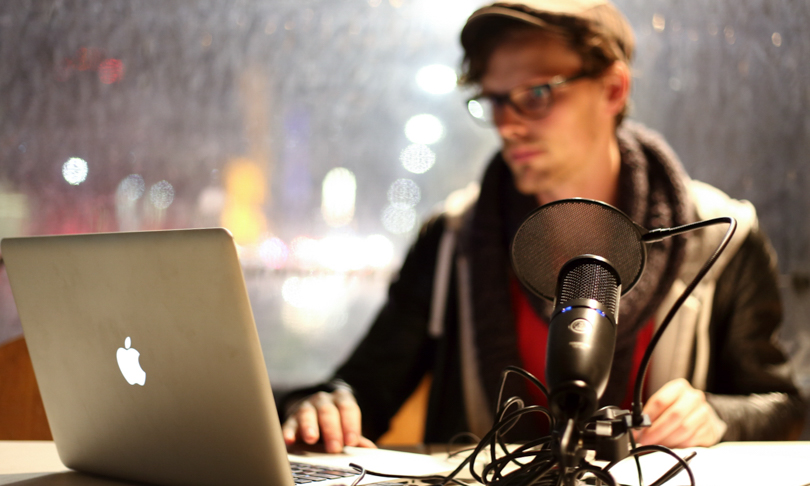 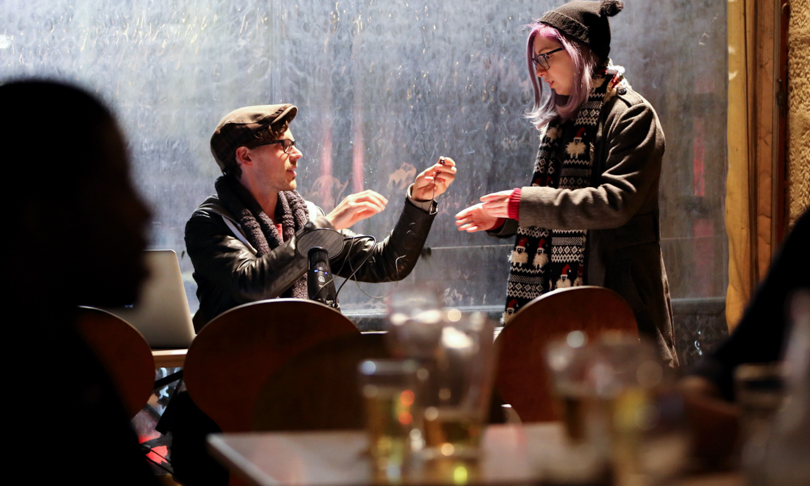 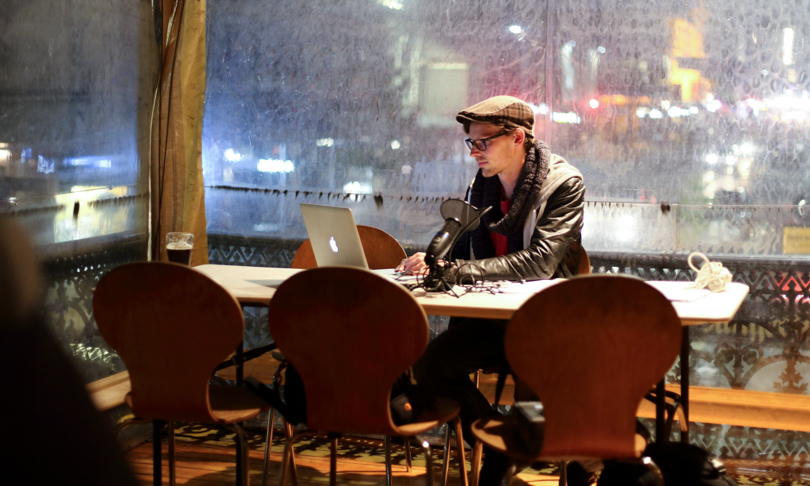 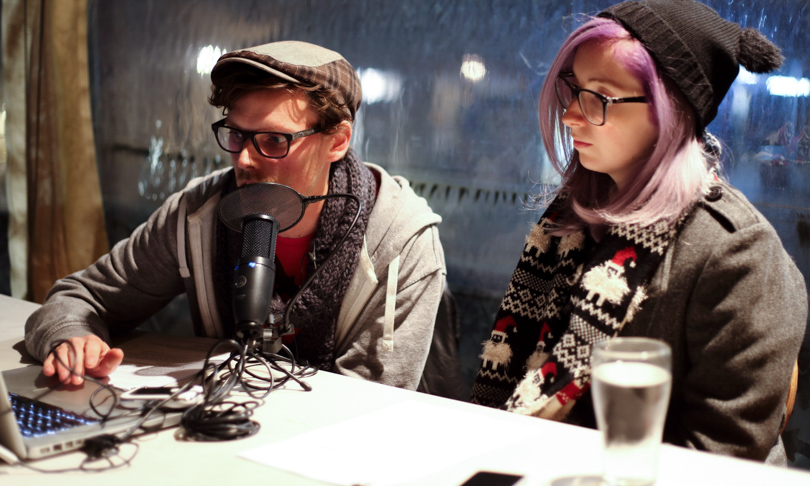 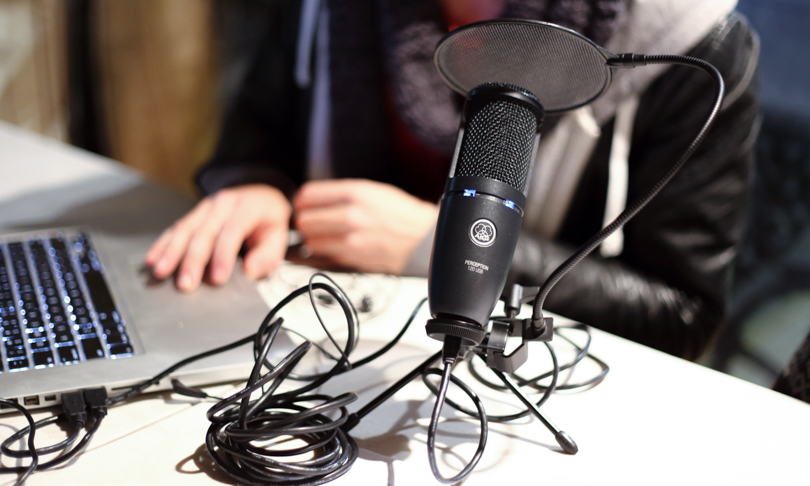 Audio broadcasting as a medium has remained fairly consistent throughout the technologically transformative past decade.

Listen to The Storycast here and listen to The Adelaide Show here. We’ll keep you updated on when Jake’s podcast will be available.

Film and television has had to compete with the ever-increasing amount of screens in our homes and pockets, but the humble radio has always been waiting in the dash of our cars, ready to accompany us on our daily commute, unfazed by the impending digital age.

Unlike the threat posed to television by video-on-demand services like Netflix, podcasts (the radio equivalent) exist more as a companion to the medium.

Radio National listeners would be aware that the majority of their favourite programs are available for download as a podcast, rather than disappearing into the ether directly after airing, allowing listeners to access the content when it suits them.

And in addition to already established programs, there is a huge (and ever-increasing) amount of content that exists solely online, ranging from comedians talking shit (WTF with Marc Maron, TOFOP), comedians talking shit about news (The Bugle), all the way to long-form journalism pieces like the internationally successful NPR offshoot, Serial.

To see what Adelaide is contributing to the growing phenomenon, CityMag caught up with three podcasters making the medium their own.

Every Tuesday at 10:30pm, Sam Jozeps and a rotating roster of guests present a collection of poetry and short fiction to hopefully lull listeners to sleep.

The project came about as part of Sam’s position as Digital Writer in Residence at the SA Writers’ Centre, and for him it’s the perfect marriage of storytelling with the digital world.

“Stories are such an integral part of our psyche and our culture; we’re communal beings. Podcasting is just a really good way to get stories out there,” Sam says.

“What I’m doing with this, which I think is a bit different, is they’re webcast 100 per cent live, so anybody who’s listening … they know there’s one or two or three other people who are reading to them in real time from somewhere else in South Australia. It’s that connectedness; whilst not being there physically in the same space together, hopefully [the] people who are listening will feel a sense of connection to us as we read stories.”

The first episode, which aired on Tuesday, centred on the theme of ‘sleepless cities’ and was broadcast from The Exeter. Each week will bring a different theme from a different location.

“Next Tuesday we’re going to be up in a forest reading The Owl and The Nightingale, and so you know, hopefully there’ll be some owls in this forest,” Sam laughs.

“For me, from a storyteller’s perspective, it’s about immersion in the story, and to think about how space can play with the way something is performed.

“And obviously, we’re not in a studio and so the sound quality isn’t going to be that really highly polished, mastered sound quality that you might expect from an audiobook or a reading, but I think that kind of adds to it a little bit.”

With 18 years of broadcast experience under his belt (including a stint at the national broadcaster in Hungary in the early ‘90s), Steve Davis’ day job as marketing director of Baker Marketing wasn’t quite scratching the broadcast itch he’d acquired, and so The Adelaide Show was born.

Originally titled Another Boring Thursday Night in Adelaide (“partly because we publish it on Thursdays and partly an homage to the old Redgum song”), the weekly program talks about South Australian affairs in a format not too removed from what you might expect from a traditional radio news program.

However, existing in the podcasting realm has its advantages.

“The overheads are much smaller in podcasting, not negligible, but definitely smaller. I guess in current Adelaide parlance we are a pop-up radio station,” Steve explains.

“The other advantage is having absolute control over our content. I really create a show for me and if other people like it that is a huge bonus.”

Steve admits that “we don’t have… the broadcast mechanisms on our side that traditional broadcasters do”, and a podcast’s reach is no comparison to that of traditional media, but The Adelaide Show has still managed to draw in both the former Lord Mayor Stephen Yarwood, and his successor Martine Haese, as well as a broad range of interesting and influential guests.

“I think there are parallels, namely that we all have the job of producing content that a viable audience enjoys and feels moved to become a part of,” Steve says, “[but] the BIGGEST difference, I believe, is that when someone takes the time and makes the effort to download a podcast, they are a committed listener who will more likely be engaged with the content than people stumbling across a radio station while channel surfing.”

An Untitled Project by Jake Holmes

Though still in the developmental stages, Tooth and Nail co-founder, Jake Holmes has a much more non-traditional podcast in the works.

“I’ve been doing a bit of stick and poke, like home job tattooing with people. I don’t take any money for it, I just sort of trade food usually, and it’s just kind of a fun thing,” Jake explains.

“And I was thinking of ways to document it, and … I just sort of had this idea of ‘hey, maybe it would be cool to record people.”

For Jake, it’s the real life stories that are most appealing about podcasts, and it’s something he’s noticed people are more than willing to provide during the slow and steady process of a stick and poke tattoo.

“A lot of stuff on This American Life and another one that I really enjoy, Strangers, is they’re fascinating stories, but just about everyday people. It’s not always an extraordinary circumstance, and they’re not famous, but it’s like there’s all these people’s lives going on around you, you’re so often in your own little life, and so it can be really nice to hear these little stories,” Jake explains.

“The first [time] I really started to think about [the idea] was a guy I tattooed earlier this year. I’d never met [him] before, and … he was talking about [how] he became a really full-on Christian.

“I [asked] ‘were your parents religious?’ And he said ‘no, no, my parents aren’t religious at all, I became religious, like sort of born again’ [but] he’s not anymore.

“He was also talking about how he used to be really homophobic and now he’s totally not, and he feels so bad about that. He was saying ‘I can’t believe I used to think like that’ and it was just really fascinating to me to have someone I don’t really know discuss that and be really open about it.”

With one conversation recorded, and more surely to come, Jake’s project will hopefully be available to the public soon.