A thriller journey: Gaslight brings melodrama back to Her Maj

Ksenja Logos plays a woman driven to question her grip on reality in Gaslight – the ‘classic creepshow’ that gave rise to the term gaslighting.

It’s not just things going bump in the night that disturb Bella Manningham in the Victorian-era thriller Gaslight.

It’s also the gaslights that dim without being touched, objects that mysteriously disappear, and a husband who frequently vanishes without explanation. All of which isn’t helped by the fact that she’s spending a lot of time alone in a decrepit Victorian mansion – which, as actor Ksenja Logos notes, “would do anyone’s head in”.

Gaslight will play at Her Majesty’s Theatre from 4—19 September.

The initial scheduled season of Gasligh has sold out, but State Theatre has added an extra show at 2pm on Saturday, 19 September.
Tickets

“People come in and act upon her, mainly Mr Manningham (played by Nathan O’Keefe). He is deliberately psychologically manipulating her for his own ends,” says Ksenja, who plays Bella in State Theatre Company SA’s new production of the play, opening next month.

“It’s so easy to do, to say, ‘Where is that thing? It was right here –  I put it right here! Where has it gone’… it’s terrifying in that way, because it’s so domestic.”

Although set in 1880 London, Gaslight – described by State Theatre as a “classic creepshow” – was written in 1938 by British writer Patrick Hamilton and spawned a 1944 film starring Ingrid Bergman as Bella.

This new production is directed by Catherine Fitzgerald and, fittingly, will be the first major show in the rebuilt Her Majesty’s Theatre – which itself has a history dating back to 1913.

“We’re setting it within the original period, so we have the full Victorian costume and set and we’re bringing melodrama back into the wonderful new Her Majesty’s Theatre,” Ksenja says.

“It’s pretty exciting. You’ve got all the makings of a thriller: there’s an old unsolved murder, we’ve got hidden jewels – it’s a bit of a classic.” 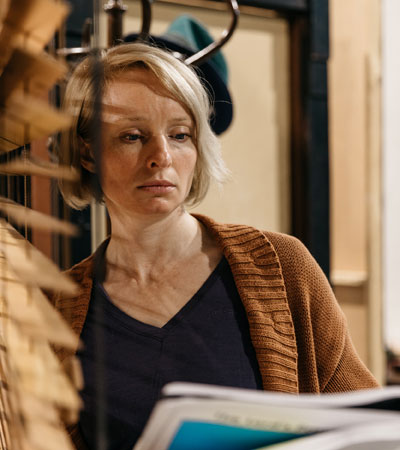 Gaslight marks State Theatre’s return to the stage after the COVID-19 shutdown, as well Ksenja’s first performance after a six-year break from acting during which she was engaged in “people production” – raising her two young children, now aged four and seven.

Over her acting career, she has performed with Sydney Theatre Company, Bell Shakespeare, Malthouse and Brink Productions, with her State Theatre Company SA credits including Top Girls, Three Sisters, The Real Thing and The Merchant of Venice.

Her last performance, when her eldest child was still a baby, was in the Sydney Theatre and State Theatre co-production Vere (Faith), by Australian writer and actor John Doyle.

“That had the wonderful Paul Blackwell (who passed away last year) playing the lead … I think of him all the time,” Ksenja says.

“It was presented here and at the Opera House in Sydney. I had a small child and I was breastfeeding in one room in the breaks and then going through and rehearsing, so that was enough to put me off for a little while!”

For Gaslight, the cast and creatives have had to adapt their rehearsals to meet COVID-19 social distancing guidelines and strict hygiene regimes, with hand sanitiser always within arm’s reach. Nonetheless, Ksenja says she is thrilled to be “back working with people in the flesh, even if that flesh is five metres away”.

“We’re working within the guidelines … it’s not restricting us too much.

“We’re just working around it and any intimacy is being done in different ways. It makes you have to rethink things, which is kind of interesting.

“There’s only five of us (in the cast) and there’s only once that we’re all on stage; there’s a lot of duos, so that works quite well.” 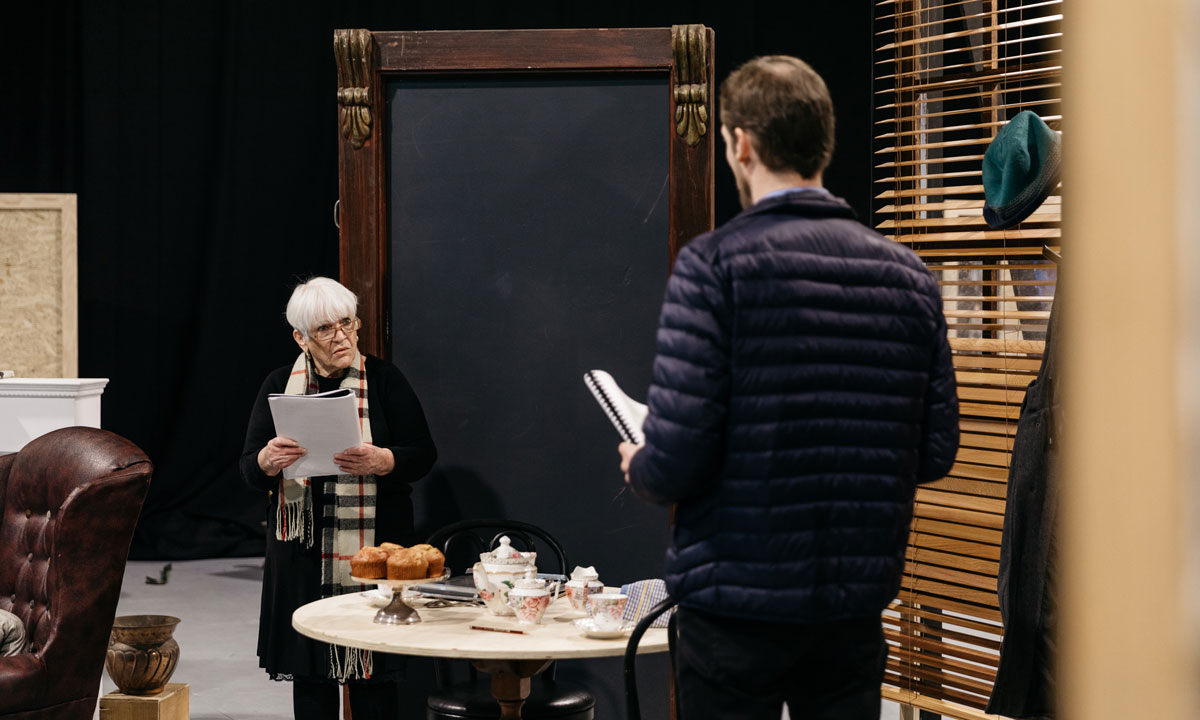 Although Gaslight is being presented with the full original text, State Theatre artistic director Mitchell Butel says Catherine Fitzgerald has given it a “dynamic reinvention”. Neither he nor Ksenja wish to give away details of the new twist – or twists – except to hint that it includes a nod to the theatre setting.

Many people would be unaware that the term “gaslighting” – which means a type of psychological abuse and has especially come to the fore in recent years through the #metoo movement – actually comes from Hamilton’s play.

Although Jack Manningham’s manipulation initially succeeds in making Bella think she is going mad, there is a point in the play where the tables are turned after she meets a detective who has been following Jack’s steps for years.

“I’m on stage most of the time so I get the full experience of that thriller journey that the audience gets taken on,” Ksenja says.

“It’s demanding, and I feel fortunate, especially in this climate, to be playing a great role in a wonderful new theatre.

“Catherine Fitzgerald is fun to work with. She’s very erudite, and because she has a basis as an actor herself, she’s very respectful of the actor’s process.”

Despite the age of the play, and the fact that it is set 140 years ago, the actress believes it stands the test of time.

“I love a thriller or a murder mystery and it’s got that intrigue in it and it’s beautifully written – the language is really delightful to perform and to listen to.

“It’s exciting, it’s escapism and it’s a great story. I think audiences are really going to enjoy this one – I certainly do.”