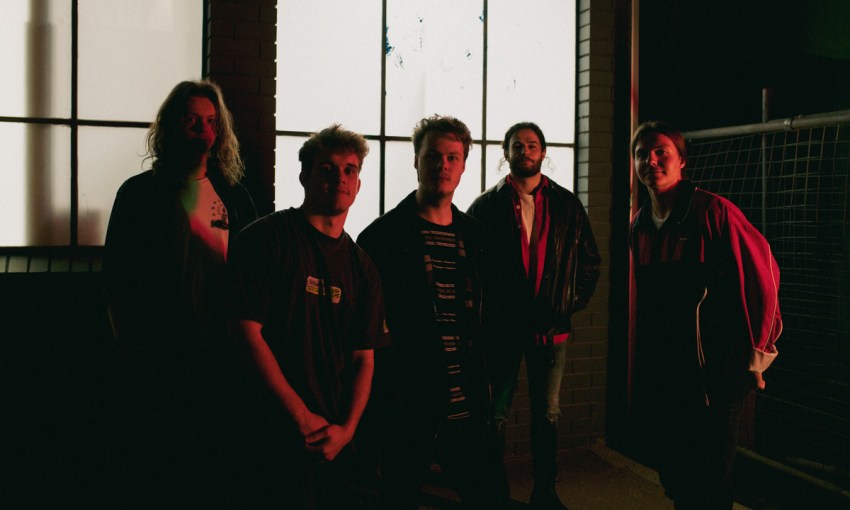 Broken Waves make music to listen to with headphones in.

They’re not a band to put on quietly in the background.

Broken Waves will be performing live at UniBar on 1 October. Tickets are available here.

On 15 October, the band will release a new single and line of merch to raise funds for mental health research.

“A lot of our music, emotionally, is meant to feel like the aftermath of some big moment in your life,” vocalist and bassist Ben Lyons-Reid explains.

“It’s like a wave of emotion that was breaking and now it’s broken.”

They draw you into a current of rips and tides; melodies of connected guitar lines lapping over smaller details you can only notice after listening a few times over.

Their songs often dip into the wavy headspace of struggling with mental health issues, told from the experiences of five boys in their early 20s.

Broken Waves came together in 2017, in the group’s final year of high school.

It started with Ben and lead guitarist Will Physentzou jamming in an old shed.

Gradually, the band grew, with Declan Oetjen on rhythm guitar, Heath Oetjen on drums and Matt Evans on keys.

They have since established themselves as a “not a surf rock” band making music to turn your head to.

Their first EP, Turning Point, was released in March this year, and is a demonstration of how their sound has evolved over time.

The five-track EP sinks below the lighter pop of 2018 single ‘Too Loud’ into a deep homage of heavy instrumentals of ‘Throne’ and ‘After Midnight’.

Ben says the shift was a result of experimenting with sound designs and synths and reflected how they were maturing and feeling when producing the music.

“I think that probably one of the biggest differences was where some of those ‘80s influences came in,” Ben said.

“A lot of our earlier tracks were also from the perspective of being a pretty young teenager.

“I don’t know if I had less to say, but I definitely didn’t know how to put what I wanted to say into words as well as I do now.

“I think I was just less happy at the time of producing the EP, too.

“Your art ends up expressing how you felt at that time, even if you’re not trying to.”

The band are releasing two new singles that Will says takes an uplifting turn, wrapping up a darker phase and moving into a new era of Broken Waves.

The first single, ‘Come Alive’, will be released on 15 October, while the second is scheduled for January 2022.

“The new single focusses on overcoming mental health issues — it’s like a nice ending to the EP,” Will says.

“Both are a lot more upbeat,” Ben adds. “We’re almost worried it’s going to be too much of an emotional whiplash from the EP,” he laughs.

“We’ve always thought though that you should never define your band by a certain emotion.

“If you can express something happy and sad equally well, then they’re both equally valid.”

Broken Waves are releasing a line of merch along with the new single, with all proceeds going towards the Black Dog Institute to support mental health research.

Seeing the alarming effect of COVID on mental health as well as their recent music covering this issue, Will says the band wanted to try make change.

“I just felt like we wanted to make a difference as much as we can and as much as our platform allows us to,” Will explains. 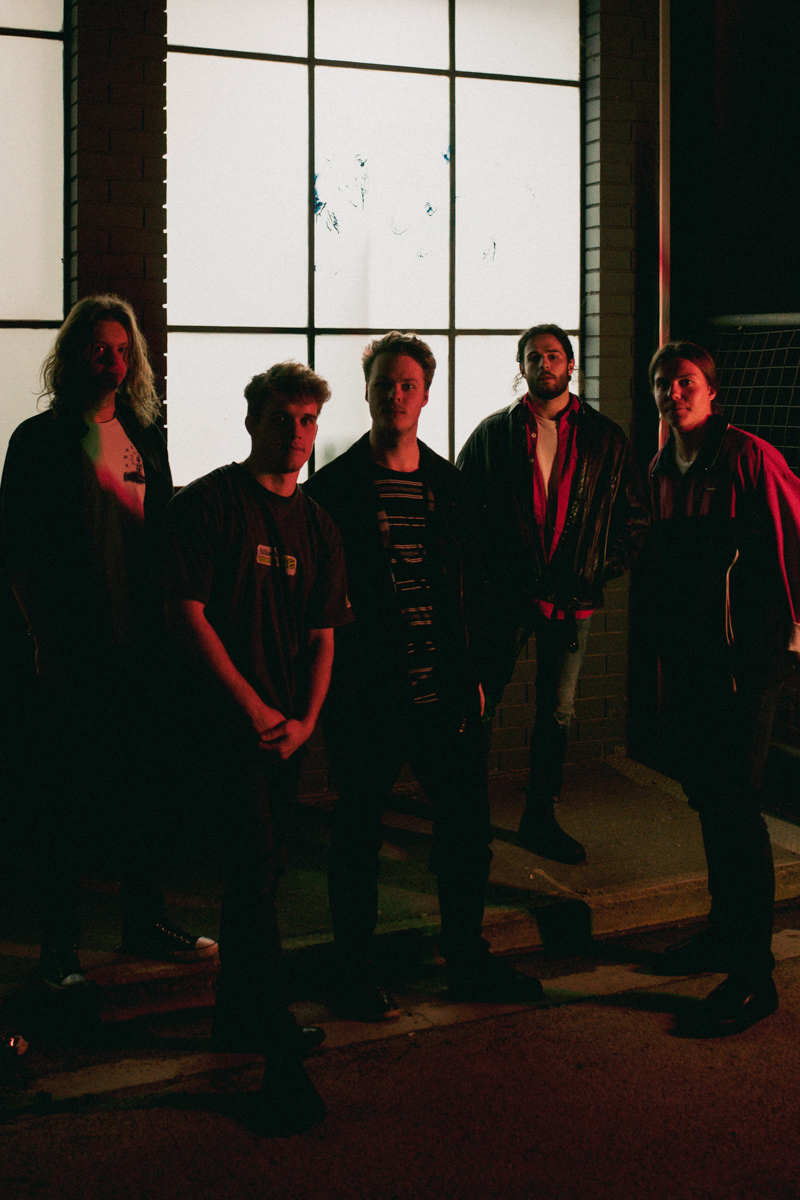 The band itself has felt the effects of COVID, particularly in regard to performing live, just as the rest of the music industry has.

They had a gig scheduled in August at UniBar with a number of other bands, yet after lots of preparation, it was cancelled the day before due to the limited capacity and dancing restrictions.

Now rescheduled to Friday, 1 October as a part of Indigo Nights, the band are hoping dancing will be allowed in time so people can fully engage in the high energy and intensity of their music.

“On a musical level, we want people to be excited and surprised by our songs,” Ben says.

“We want every song that we do to catch you off guard for at least one moment.

“Lyrically, we want people that have been struggling in their life to be able to relate to and feel seen by our lyrics and feel perhaps less alone, just like how my favourite bands made me feel less alone when I was going a bit tough as well.”