Solomon Kammer grew to fame through her portraits of endometriosis, but the artist, who is currently part of the Ramsay Art Prize Exhibition, is expanding her message – and her career is following at pace. 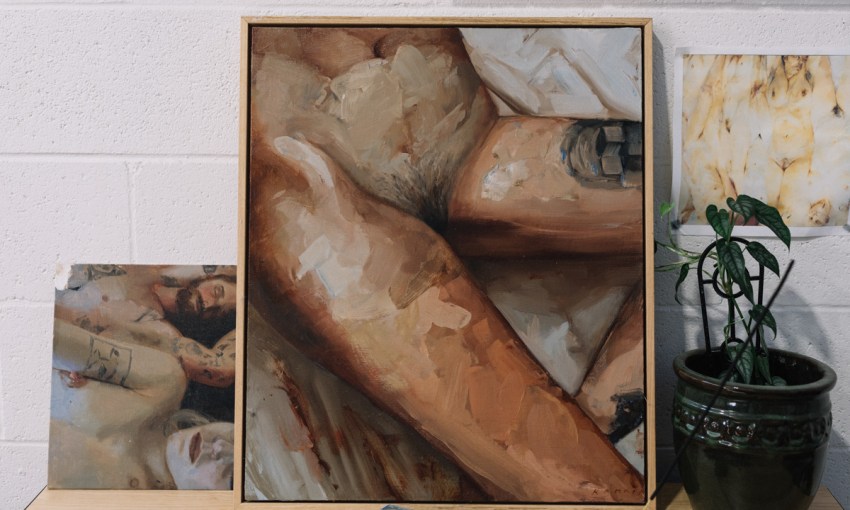 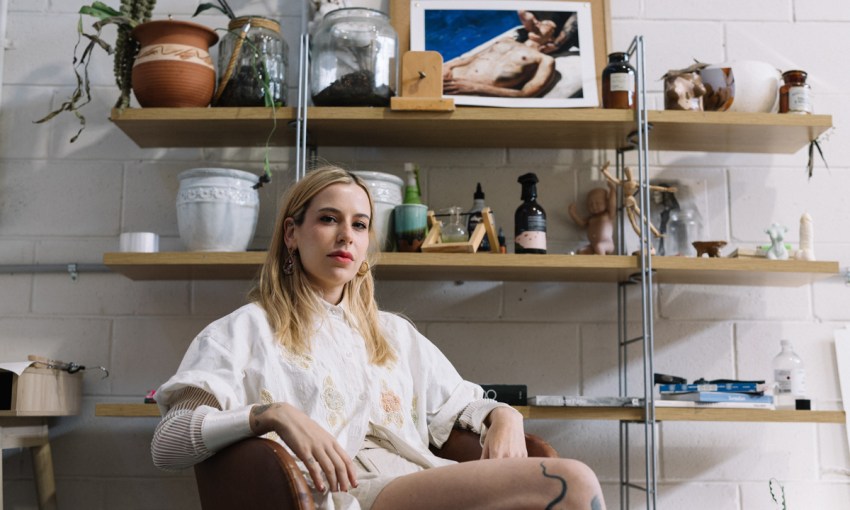 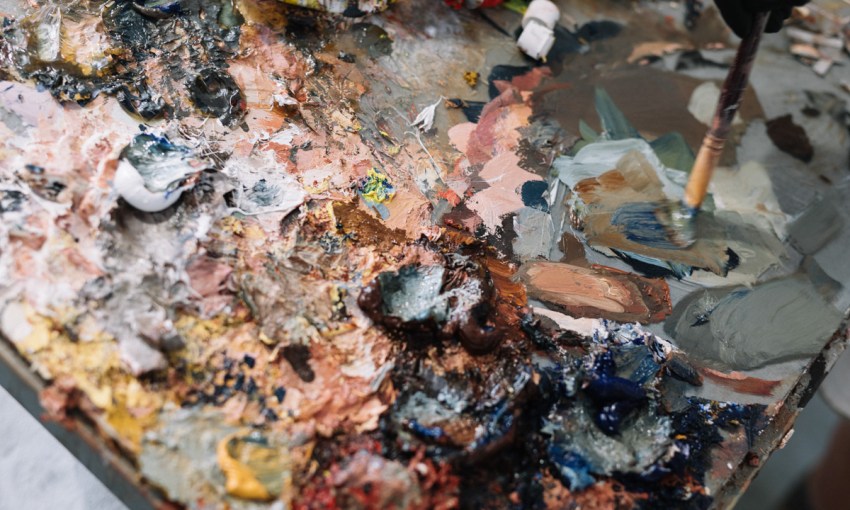 Solomon Kammer (née Ellie Kammer) is having a big 2021.

See Solomon Kammer’s ‘Perpetuity’ as part of the 2021 Ramsay Art Prize Exhibition, on show now at AGSA until 22 August.

“I got my gallery representation, I had my first commercial solo exhibition and I got into one of the biggest art prizes in Australia, all within the first three months of the year,” she says. “It’s been wild.”

It’s recognition that has been a long time coming. Solomon built an audience through her work depicting endometriosis – an invisible illness affecting one in nine Australians assigned female at birth.

Her first major piece in this area, ‘Endometriosis (Coagulate)’ in 2016, was shared widely online within the endometriosis community and cemented Solomon’s voice as an artist. 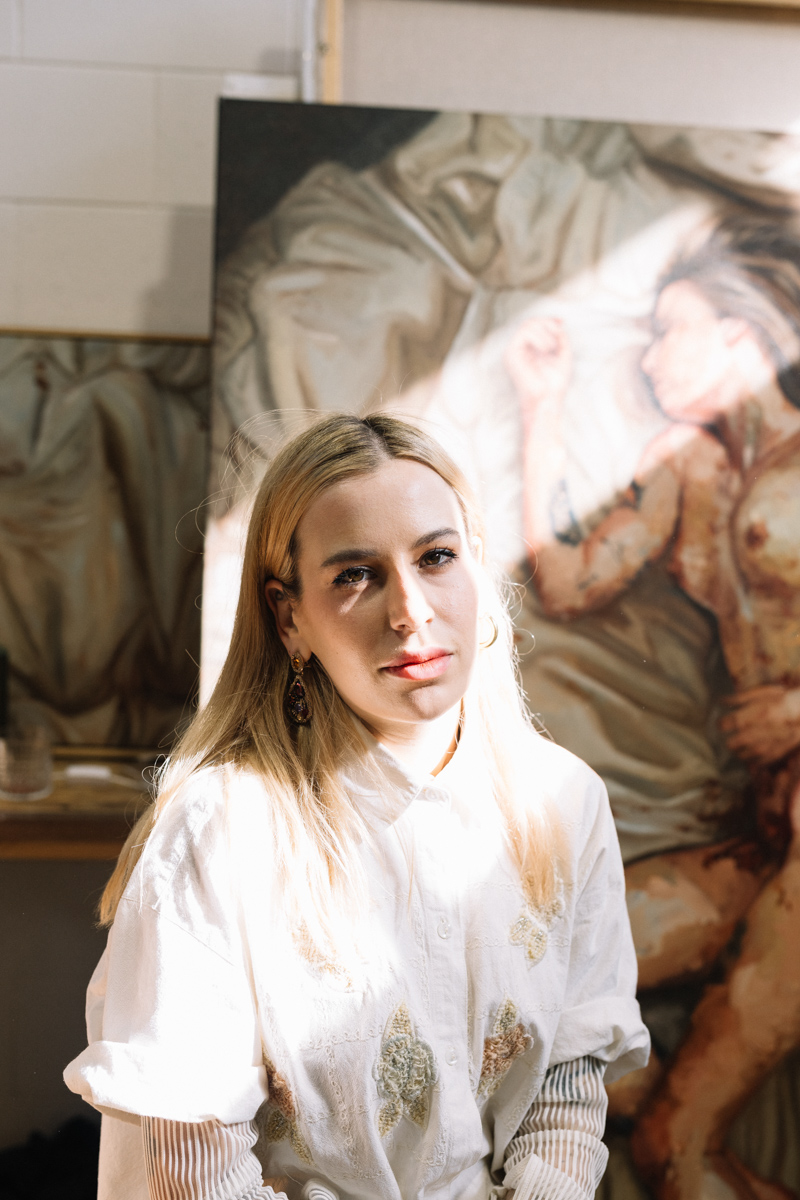 “I didn’t realise in that moment, that this thing that had happened to me – getting diagnosed [with endometriosis] – was the catalyst to finding what I care about in the world,” she says.

“It really highlighted to me that I’m a political person and [that] I like to be socially engaged and engaged in the [disability] community.”

However, she says she “struggled a lot at first to be understood and identified as ‘the endometriosis painter’.”

“I understand why, because I talked about it a lot with the work, but I didn’t enjoy being cast as the endometriosis awareness spokesperson,” she says.

“It’s important to me to have that socio-political sort of drive and conversation in the works. But I think as I have developed my practice I’ve been able to broaden the conversation and understand that it’s not just about endometriosis – there’s a whole spectrum of issues.”

With this in mind, her selection in the 2021 Ramsay Art Prize – a national competition for artists under 40 worth $100,000, currently showing at the Art Gallery of South Australia – feels not only timely, but validating.

Here, Solomon’s ‘Perpetuity’  – an incredibly striking work invoking bodily autonomy and the disconnection and discombobulation many marginalised people feel – is judged on the merit of the work, rather than the message behind it.

“I’m really happy about that piece being selected, because I agree I thought it was a better representation of the kind of artist I will be moving forward,” she says.

“[There are] so many things that I want to discuss. I think that has confused my audience because they want to see me talking about endometriosis, but I think it does speak about that.

“I think it speaks about the female body in particular and how it’s treated.” 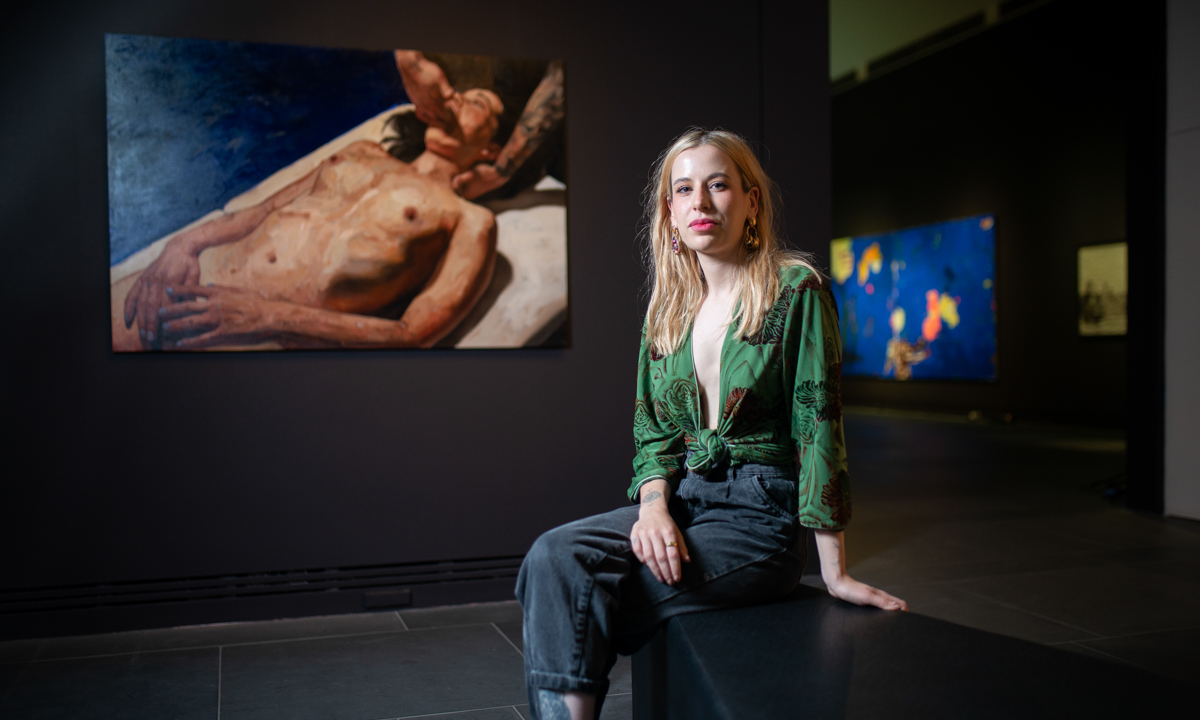 Solomon sitting in front of ‘Perpetuity’. This photo: Nat Rogers

Opportunities abound for Solomon, now represented by Yavuz of Sydney and Singapore, a female-run gallery who “really respect my message and my voice,” the artist says.

“They have a really diverse stable of artists. They champion the voices of minorities and that’s important to me, so all of my values aligned with [theirs]; it just seemed like the right fit.”

As CityMag speaks to Solomon, the artist’s work is on show at the prestigious Art Basel Hong Kong, where Yavuz was the only participating gallery that had come from Australia.

Solomon and Yavuz have ambitions for art fairs and exhibitions both national and international, while the artist has begun to explore new ideas and new mediums.

The difficulty is one experienced by so many disabled artists – balancing output with capacity, particularly with a disability that fluctuates.

For now, Solomon is relishing her Ramsay Art Prize selection.

“The collection of artists in the finals are Australia’s best artists,” she says.

“I’m super proud to be selected.

“I really have a lot of respect for this art prize in particular because I think it’s a really diverse selection of artists as people, [both] in their messages but also in how they make their work, which is quite unique.” 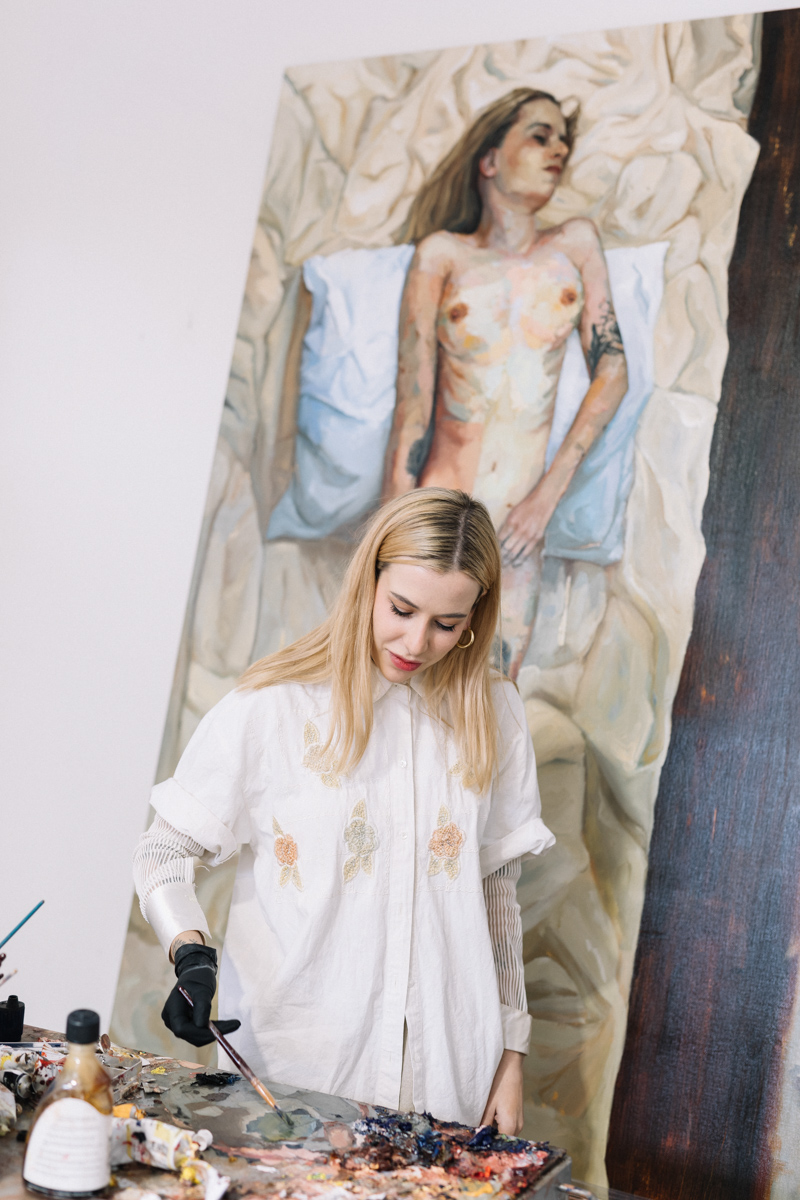