Alana Jagt and the slow burn to success in Adelaide

Adelaide-based musician Alana Jagt has been making folk music for years, but she’s recently found herself on a trajectory that’s cemented her as one of the city’s top musicians to watch. 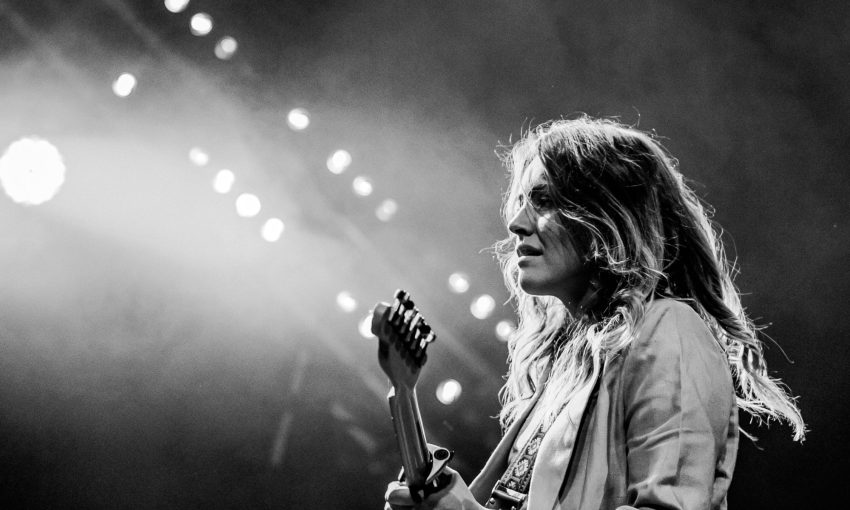 This Saturday, Alana Jagt is billed to play at the Goat’s Head Festival – a new blues and roots event that will transform verdant Adelaide Hills pub Three Brothers Arms into a mess of slow grooves, twisting guitars and scorned vocals.

Alana believes the only reason she’s a headlining act is due to her dad, John Jagt, who co-runs the venue (and who also got her into music originally), but her success as a tried and tested musician in Adelaide is not through nepotism, but grit.

“I’ve been performing in Adelaide for around a decade but I’m not really sure when I got interested in music,” Alana explains.

“I was kind of embarrassed about music for a long time because my parents sort of had their little amateur band going and I was like, ‘This is lame. I don’t want to do what they’re doing.’

Alana was born in Whyalla but moved to Adelaide when she was 17.

After playing blues ‘n’ roots with the Jagt clan for a while, she eventually joined friend Rachel Beinke in creating a folk harmony outfit called Buffalo Boyfriend where she wrote songs about “missing the country” and life in the big smoke.

She took the leftover material from Buffalo Boyfriend and worked it under her own name, eventually releasing a six-track debut solo EP in 2017 titled Wilderness.

It’s been three years since Alana dropped Wilderness, which blends moody guitars with skilful imagery of her surroundings, but she’s been dishing out single releases since April 2019, knowing full well something larger was on the way.

“I have an album coming out this year sometime, but it’s not finished yet so there’s no date but it’ll be late September, October this year,” Alana says.

“It’s a little less folk-leaning and a little more rock-leaning.

“I just want to be rockier and I’m slowly transitioning the band to go that direction… a little bit more energetic, and I like really weird music. I like noises and effects and strange things.”

One of the new album’s singles, ‘If We Had Some Money’, was written on a four-hour drive from Whyalla to Adelaide and rings with crunchy, distorted harmonies about something we all surely think about: what we could do with more cash.

The other single, ‘Imagining Life’, steers further away from capitalist dreams but is filled with soaring strings and illusions of the ocean.

Although Alana wants to venture towards more contemporary and experimental sounds, and her lyrical inspiration differs; her music is always informed by what’s around her.

“It’s more about what I’m feeling directly in the moment,” she explains.

She’s a master of both worlds, the natural and unnatural, and also knows how to work the industry to her advantage; Alana is employed by one of the industry’s most well-known organisations, APRA AMCOS (Australasian Performing Right Association and Australasian Mechanical Copyright Owners Society) and manages her own music career.

“I’m a self-managed musician. I spend most of my free time doing admin,” she says.

“And that could be from like, just answering booking emails, or I don’t actually tend to have to send cold booking emails out too much, but organising tours or working on the record, or I often design my own posters and my own artwork and my own t-shirts.”

Despite being an independent, fully-fledged musician, who tours and records without her mum and dad, she’s not afraid of getting the original band back together.

“I tried to not do too many gigs up there because I don’t like, you know, that sort of like, ‘She’s got another gig at her dad’s pub’ sort of thing, but it’s nice,” she laughs.

“But it’s a family affair.”