How much help is the State Government’s Home Zone?

After a man was attacked on Hindley Street last week, the State Government launched an initiative to improve public safety for city revellers getting home on Saturday nights. But it's unclear if the initiative will receive any new resources.

The aim of the Home Zone strategy, launched last Saturday, is to provide party-goers three designated zones – two on Currie Street and one on King William Street – where they can safely wait for a lift or a bus.

The areas are well lit, well signed, monitored by CCTV cameras and regularly patrolled by SA Police from midnight to 6am every Saturday night.

Minister for Transport, Infrastructure and Local Government Stephan Knoll says the initiative is meant to make our CBD – an area which recorded over 90 assaults from October 2018 to 2019 – “that much safer”.

“Obviously late on a Saturday night there are a lot of people out and about having a good time but unfortunately there’s a small number of people who sometimes cause problems,” the Minister tells CityMag.

“We are constantly looking at new measures that make South Australians feel safer when they catch public transport.”

Minister Knoll confirmed the area would utilise existing CCTV and lights but would also feature “increased” patrols in the area.

However, when asked by CityMag, SAPOL would not confirm how many patrols cars will be deployed.

The Adelaide Metro website says the zones are on the “SA Police patrol route” but also make no mention of numbers.

The Home Zone initiative was introduced after a 26-year-old man was attacked in the early hours last Friday night on Hindley Street. He was left in critical condition.

While Adelaide’s premier youth party strip has done much to try to change its tawdry image, Hindley Street is certainly no stranger to crime – over 1,000 offences played out on the party strip from November 2018 to April last year, according to data presented to parliament by SA Police Assistant Commissioner Paul Dickson last September.

The initiative will be extended pending results, but the Lord Mayor of Adelaide Sandy Verschoor, thinks this is a step in the right direction already.

“The City of Adelaide is pleased to support the Home Zone initiative,” the Lord Mayor says.

“We want people to come in to the city, enjoy a night out, and know that they can get home safely.

“We also appreciate the support of the Encounter Youth Green Team volunteers who patrol the vicinity to support our young people.”

The Encounter Youth Green Team are Christian volunteers who aim to serve communities – such as night owls on Hindley Street – through providing water bottles and similar interventions. 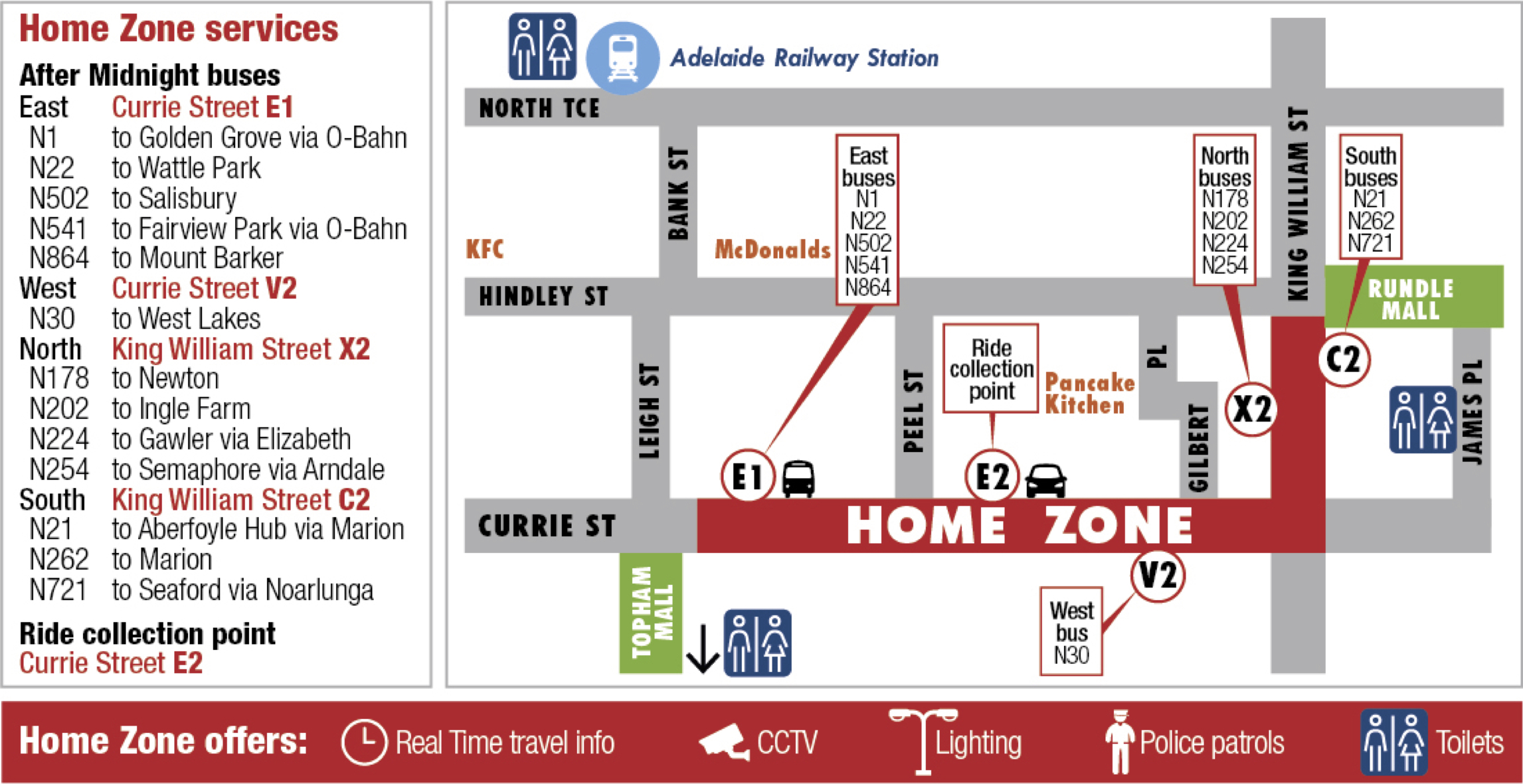