The Adelaide Climate Strike was impossible to ignore.

Upwards of 10,000 protestors swarmed Tarntanyangga Victoria Square and marched to Parliament House. They stopped our city still for an afternoon and hold its attention even now.

At the core of the movement is youth and an uncharacteristically youthful fear of a dying planet, or, more pointedly, of government inaction in the face of our own global demise.

School kids in the ‘90s were warned (via an educational film about a boy with a time-travelling skateboard trying to save sea turtles) to be wary about waste and the wasteful use of the Earth’s resources. This and many other campaigns made us wiser, emboldened us to make better choices, but we were never scared.

We were not the generation that learned during school that Indonesia is sinking; that it’s our collective fault, and it will be our burden to bear.

The Climate Strike was intergenerational, though. Young families came with toddlers and younger children in prams, grandparents took solidarity selfies with their primary school-aged grandkids, groups of teenagers held signs high enough to be seen above the crowd by the swarming media, and middle-aged office workers either stood silently and watched or chanted in solidarity.

On Friday, some saw the young, politically engaged anger as the inspirational awakening of a new generation and an indictment of our current crop of politicians. We yearn for the day when their anger becomes a vote.

But it should not be up to the students alone to change our course. If we care enough to stand with them in shaking our heads and wagging our fingers, we (meaning anyone of voting age) need to do our work to shepherd them into an already changing political climate.

The coal-wielding leader of the Liberal party, much maligned though physically absent in most recounts of climate strikes across the nation, was voted into the role of Prime Minister for the first time just this year.

He won, in fact, less than a fortnight after the UN released its report on the 1,000,000 species threatened with extinction due to the forces of climate change.

This news caused shudders of alarm and nervous laughter across the world, but it didn’t help to usher in a new Australian government. 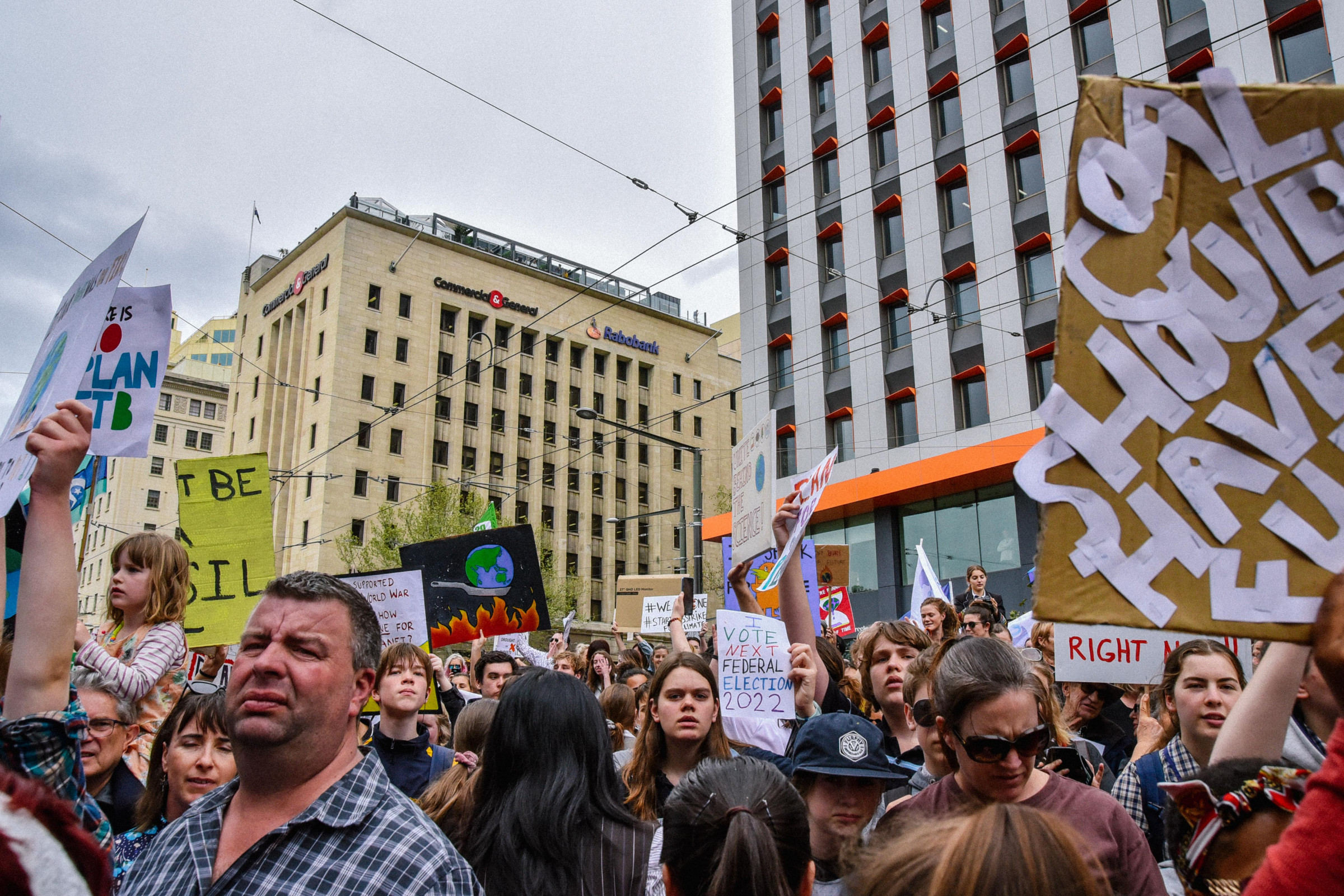 Many of the young people won’t be eligible to alter this historical course for another three, or six, or nine years, and it may be longer before the post-Millennial generations are an intimidating enough voting bloc to force change on their own.

But they’re calling for change now. That’s up to us.

As CityMag left the strike, we passed a bus stop where a man leaned against the shelter, saying to a woman sat waiting for her bus, “They’re supposed to be school teachers. They’re teaching them to be renegades!”

Hopefully the renegade spirit – a willingness to vote against one’s own comfort, denial, or disinterest – was also awakened in the elder stewards of our political reality.