On the first weekend of Slingshot Festival, a music showcase spanning two venues and two weekends, CityMag found an energetic underground scene bursting with bands ready to bring Adelaide back to life.

There’s nothing quite like witnessing the birth of a new scene or movement. Often blinking into existence at chance meetings of likeminded individuals. Moments that maybe aren’t recognised at the time but which can go on to have an important cultural impact.

Emerging out of the shadow of COVID, and supported by new sound mixing desks thanks to support from the City of Adelaide, Slingshot Festival kicked off on 19 November and is a perfectly timed, positive message about the health and future of Adelaide’s live music scene.

This event is the latest offering from Bryan Lynagh and Cassandra Tombs, whose previous venues include Hard Rubbish Café, The Coffee Pot and the award winning Adelaide Fringe venue Tuxedo Cat.

The festival was created as a way to showcase and celebrate the large quantity of talented emerging artists who have played at their venues in just the last three months. It is also a way to bring together the diverse range of audiences that have been turning out to gigs every weekend.

With so many different bands, influences and fans converging, the feeling was more a long-awaited reunion than just another gig.

Longtime supporters of Adelaide’s emerging creatives, Bryan and Cass wanted a way to celebrate and promote discovery. The festival is a way for audiences to find new bands and for the artists to come together, meet and be inspired by one another.

Although many of the bands got a start at Broadcast, they come from an array of backgrounds, influences and parts of Adelaide. Many of the bands are meeting for the first time, and the mood at the festival has been one of optimism and potential. 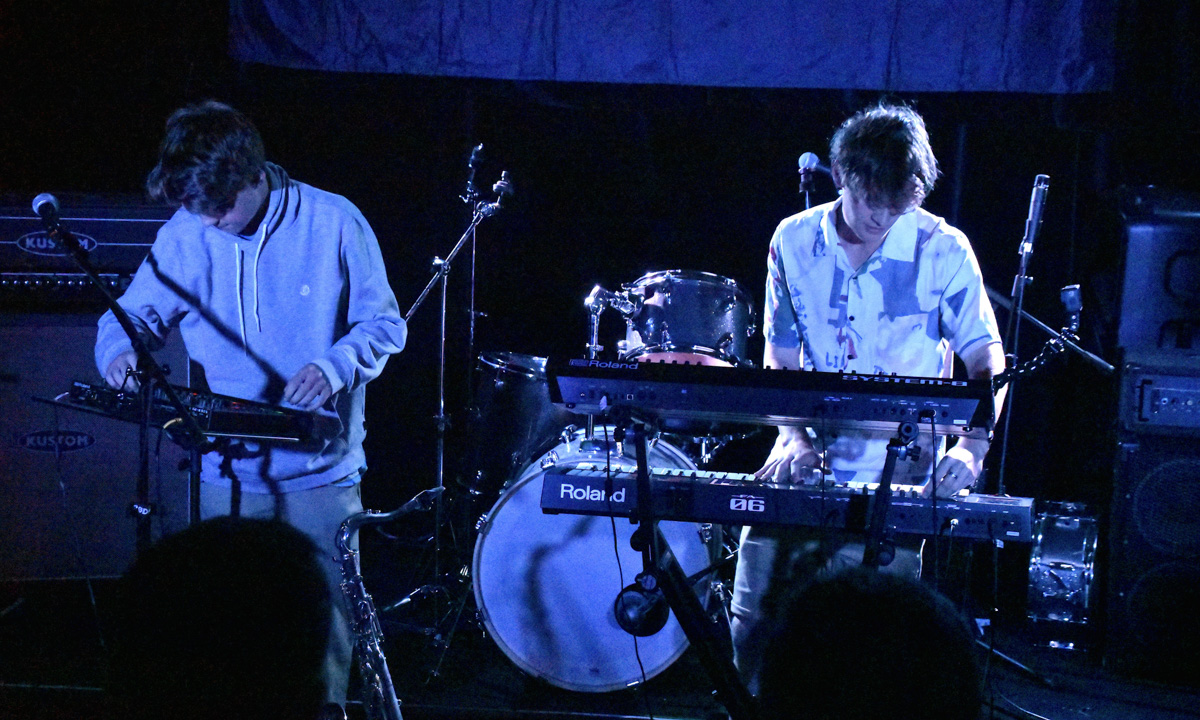 Standout acts from the first weekend include Tonix, a jazz funk duo who captivated a full house at Broadcast Bar on Friday night. On the next night, high-energy, hard-rocking trio Running With Scissors ran through their set with a frontman who refused to be confined by a stage, going rogue and touring the venue, playing remotely from the bar, then the foyer, then back at the stage.

Over at Arthur, the Violet Harlot’s chaotically energetic punk set the tone by ripping out an opening flute solo, inciting the crowd to start the party. Countering that were the Imperial Mandarins, whose mellow intensity brought a classic ’90s indie tone to the lineup.

The Birds Are Spies, on the other hand, refused to be defined by genre, content in jumping erratically between styles, creating their own unique groove-based rock.

The hallmark across the weekend was a finely curated mix of styles and influences that kept a strong crowd entertained and dancing throughout both nights, demonstrating once again the variety and talent that’s emerging and define a whole new music scene in Adelaide.

This is definitely something to get along to, witness and support.

Slingshot Festival continues this weekend on Friday and Saturday night (26—27 November) at Broadcast Bar and Arthur Art Bar, with tickets available at Eventbrite.