Wage theft is a real problem

SA Labor politician Irene Pnevmatikos is chairing an ongoing Parliamentary investigation into wage theft. She sat down with CityMag to explain what the Committee on Wage Theft in South Australia's interim report found. 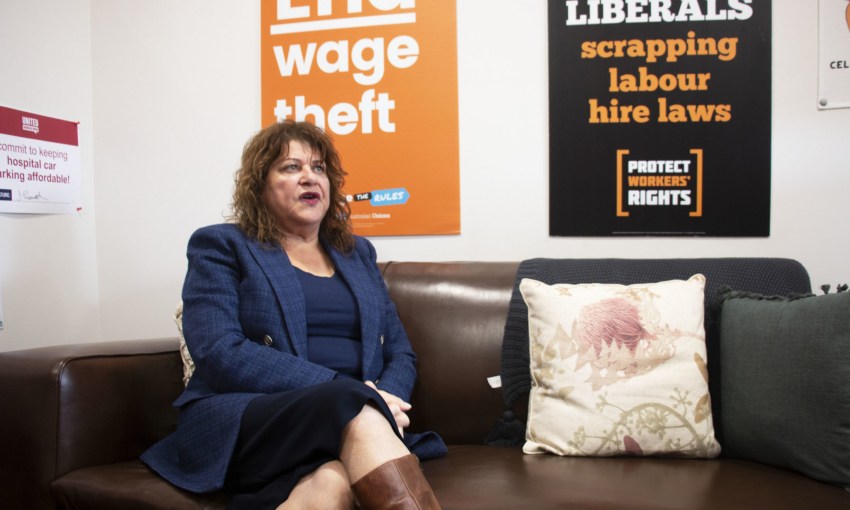 The walls and tables of Irene Pnevmatikos’ office are covered in general political material – workers’ rights posters and piles of paper. The room is punctuated with a sleek brown leather couch.

Scroll to the bottom of this article for a breakdown on what forms wage theft can take, as outlined in the interim report.

Wage theft has been a hot media item in the last year.

Celebrity chef George Calombaris’ hospitality group, MAdE, was found guilty of underpaying staff $7.8 million in wages, while Woolies last year started paying back some of the $200—$300 million owing to nearly 6,000 supermarket staff in unpaid wages, superannuation and interest.

Back in 2018, Irene established a committee, alongside four other politicians, to investigate and gain an understanding of how bad the problem of wage theft is in South Australia.

The committee listened to stories from workers and families, and heard submissions from business advocacy organisations and unions.

This interim report, released last week, is the first instalment of their findings.

One of the most salient points the report makes is wage theft is “effectively” found in every industry in the country. It also found one-third of eligible Australian workers are underpaid, with “$3.6 billion being stolen each year”.

Those who experience the worst forms of wage theft are those with disabilities, young people and migrant workers.

“In industries where you have more casual work, or increasing casualisation of work, you see significant instances of wage theft and abuse,” Irene explains.

“Those areas are areas where women work, where young people work, so maybe it’s their first job. It’s areas where large groupings of people are directly impacted and affected.

“This inquiry has helped us identify what the extent of the problem is. I can say it’s significant.” 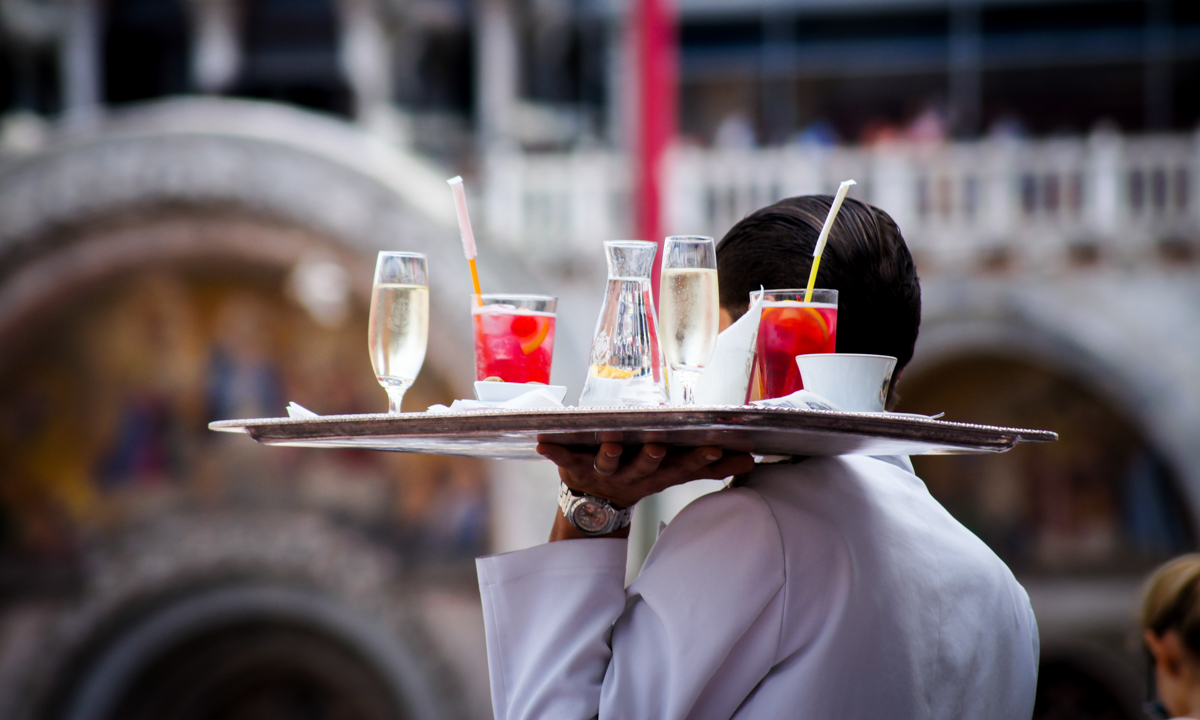 Business SA told the committee employers are often confused by “multiple complicated modern awards that are difficult to interpret”, which leads to honest mistakes. The organisation says its advice line receives “over 13,000 calls annually from businesses seeking clarity.”

Even so, the report does not consider these cases to be wage theft. It defines wage theft as “employers deliberately not paying employees their full entitlements, including superannuation, award and penalty rates, leave and other employee entitlements.”

Irene emphasises not all business owners should be painted in the same brush, but there are employers intentionally withholding entitlements.

“There are employers who almost have a business model that encourages looking at weighing up the risks in terms of how they pay and what they pay with getting caught,” Irene says.

The problem is also compounded, Irene says, in the disparity of power between employers and employees.

Employees may not bring a case of underpayment to the Fair Work Ombudsman because they don’t want to cause trouble or lose work. 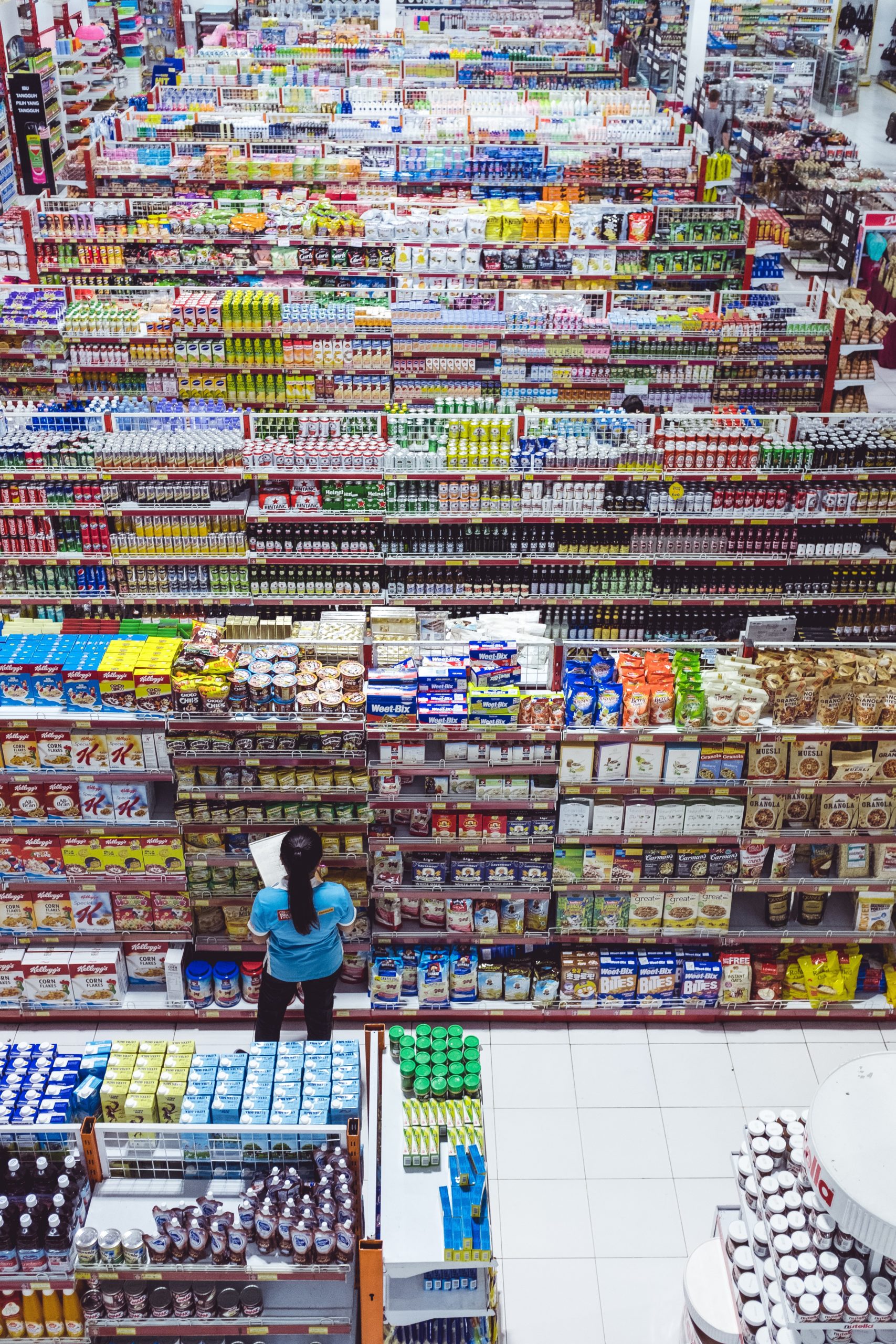 The Adelaide CBD was put under a microscope in the report.

A Fair Work Ombudsman (FWO) campaign from 2018 audited 125 businesses in Adelaide and surrounding suburbs. This was prompted by a request from the Young Workers Legal Service due to a large number of calls for help.

The investigation found almost half of these businesses broke workplace laws.

“The outcome was a 45 per cent non-compliance rate with obligations under workplace laws; 29 per cent were failing to pay staff correctly and 23 per cent were disregarding the requirement to maintain records and distribute payslips, with some businesses violating both provisions,” the report says.

The number of businesses audited represents less than one per cent of total registered businesses in Adelaide – which numbered 15,425 in 2017.

The committee will continue exploring wage theft, focussing also now on the effects of COVID-19, but has developed three overarching recommendations so far:

In the meantime, if you’re a young employee who may be entering the workforce for the first time, Irene recommends becoming familiar with who to turn to if you feel like you’re being subjected to wage theft.

Check in with the Fair Work Ombudsman and speak with people you’re close with (friends or family) if something feels awry. Unions are also trained to help.

There is a long road ahead, and our conversation with Irene leaves us wondering just how much needs to change culturally, as well as legally, for wage theft to be taken seriously.

“I always use this example: if a worker at work was caught with their hand in the till it would result in instant dismissal and a police prosecution to boot,” she says.

“Why do we have a double standard? When an employer does that, in an opportunistic, manipulative way, they avoid any form of repercussion, [with] no penalties, no criminalisation of their acts.”

As mentioned in the article above, the report defines wage theft as “employers deliberately not paying employees their full entitlements, including superannuation, award and penalty rates, leave and other employee entitlements” – but what does that look like?

Below is an abridged breakdown of the forms wage theft can take, as outlined in the report. You can read the report in full here.

If anything below sounds familiar, get in touch with the Fair Work Ombudsman.

Underpayment can stem from employers:

If an employee is paid $450 or more before tax in a calendar month, superannuation is paid on top of wages.

The minimum, or Superannuation Guarantee (SG), is currently 9.5% of an employee’s ordinary time earnings, which must be paid into a complying superannuation fund at least four times a year by the quarterly due dates.

If employers do not pay the SG on time, they may have to pay the SG charge.

Where employees’ wages are underpaid, the amount of superannuation, if paid, is also lower than it would be if based on the correct award rate. These workers are also denied the compounding interest on superannuation contributions that would accumulate over time.

Superannuation payment avoidance techniques include employers paying workers totally in cash; a combination of cash and reducing workers’ hours “on the books”, so that it appears the employer is meeting superannuation requirements; and paying employees just under the superannuation threshold despite them working more hours.

The report lists other entitlements that may not be paid or may be denied, which include:

In addition to the above, other forms of what the report calls “opportunistic” wage theft include:

Employers under-reporting or failing to report income, neglecting to distribute pay slips, and a lack of records or poor or false records also contribute to the pervasive underpayment and non-payment of wages and entitlements.

A loophole in the Fair Work Act, these agreements allow employers to pay below the minimum rates.

Enterprise agreements ratified well before the modern award system remain enforceable in the absence of an application to terminate, which must be initiated by the worker; the only requirement is that the base rate of pay is equal to the modern award base rate.

Disguising an employment relationship as an independent contracting arrangement, usually to avoid responsibility for employee entitlements, sham contracting is increasing at a rapid rate.

And it’s not just rideshare drivers – the practise is identified in the report as an “ongoing widespread and acute problem” in the construction industry.

Labour hire is designed so that workers engaged by the labour hire agency can be paid less than workers employed directly on site by the business.

The labour hire arrangement has facilitated widespread exploitation of migrant workers, particularly for short-stay temporary migrant workers on subclass 417 visas (Working Holiday visa) and subclass 500 visas (Student visa), including the underpayment of wages and the failure to observe award conditions.

The pre-meditated tactic of corporate insolvencies, phoenixing also deprives employees of their unpaid entitlements. It is described as the deliberate and systematic liquidation of a corporate trading entity, usually with the intention of the business avoiding liabilities and continuing the operation of profit-taking through other established entities.

Under such illegal phoenixing activity, a company is deliberately liquidated to avoid paying its debts, including taxes, creditors and employee entitlements.