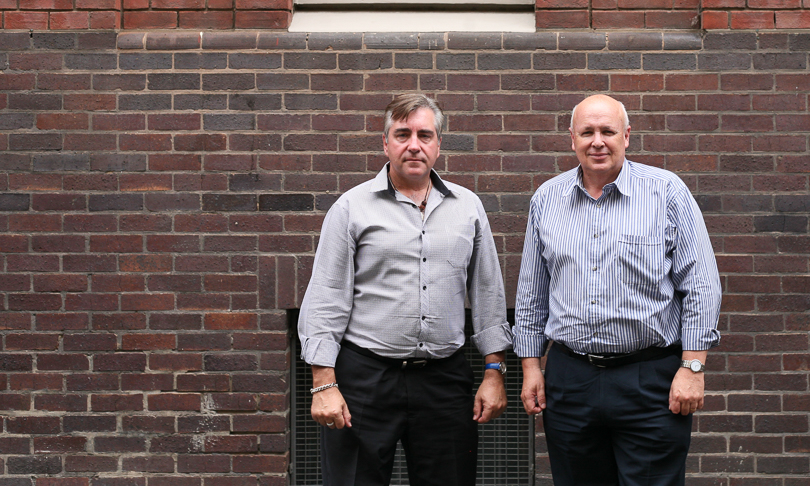 Global leaders in the field of migration will converge on Adelaide next week for a Summit that is being touted as the voice of reason amid the highly charged debate on the global refugee crisis.

The Migration Control World Summit will take place on March 8 and 9 at the Adelaide Convention Centre. More information is available at the website.

John and Mark are encouraging everyone with an interest in the issue to attend the Summit and take part in the conversation.

Convened by Dr John Bruni of SAGE International and Mark Ryan of Global Impact Solutions, the Summit has been called to provide a neutral setting where solutions can be sought beyond the political turmoil and polarisation that characterises the issue.

“We have the extremes of left and right standing up and making their particular point and mobilising public opinion,” says John.

“…we need to re-establish a centrist option – something that isn’t at the fringes, something that is logical and common sense in terms of people’s expectations of what the national interest is, what the humanitarian interest is. People have to do it from a position of knowledge.”

Adelaide is home for both John and Mark, but they say it was chosen as the location because it is perfectly removed from the high pressure environment of the crisis’ centres.

“The feedback we got from the European speakers is ‘you can’t talk about migration in Europe because it’s too emotional’ and then you can’t have an open and honest debate,” says Mark.

“You could say this is actually a war without weapons. The weapon of choice is people.” – John Bruni

They claim that the ultimate decision to include an Australian location for the build of submarines (regardless of what country won the contract) was a result of the Summit.

But, while the Sub Summit was a matter of economic importance – particularly to South Australia, the global refugee crises clearly extends beyond our borders. John says it’s something they decided to tackle next because its importance could not be ignored.

“Last year was a very difficult year for Europe. If you look at Europe, it’s a sophisticated economy – highly sophisticated political situation, but they let 1.5 million people that they know of go through their border undocumented,” says Mark. “They have strong border policies and strong migration policies that dictate what can and can’t happen, but they’ve got a flood.”

“You could say this is actually a war without weapons. The weapon of choice is people,” adds John. “People are now being used as non-kinetic weapons between states and elites within states… We’re talking about human beings being canon fodder, minus the cannons – but they’re still dying.”

The program of speakers set to address the Summit on March 8 and 9 is drawn evenly from around the world.

“We look at Europe and you can pick up a newspaper or turn on the TV and Europe is everywhere, but its not all about Europe. It’s all about other places – it’s about Africa, it’s about Asia, it’s about the United States, it’s about Australia,” says John.

Prominent speakers include Dr. Huda al-Nuaimy, who is the Director of the Al-Rawabet Center for Research and Strategic Studies in Amman, Jordan; Indonesian Ambassador to Australia Nadjib Riphat Kesoema – who is also a co-chair of the Bali Process, a group that explores regional strategies to deal with people smuggling; and Demetrios G. Papademetriou – President Emeritus of the Migration Policy Institute (MPI), a Washington-based think tank.

South Australian Governor Hieu Van Le is set to open the program, a choice Mark and John made because they wanted to make sure the Summit also highlighted another oft-ignored part of the migration debate – the positive value of migrants.

“Vietnamese refugees in South Australia have made the most incredible impact,” says Mark. “Everyone sees the migration crisis as a negative, but economically – these people come with nothing and they want to make their wealth and their life.

“There’s a huge Adelaide story in looking at our economic powerhouses who come from a migrant background.”

Shedding light on and calling fir discussion of real migrant experiences is one way John and Mark hope to involve the broader Adelaide and world communities in the Summit. They’ve also developed partnerships with universities around the world in an attempt to further the event’s reach.

“We wanted to give the serious and honest debate that was going to happen between world experts some legacy,” says Mark.

“So we’ve gone out to 100 of the world’s top universities and we’ve said, ‘would you like to be a member of a collaborative circle?’. When we run our speaker program we’ll ship you the video via weblink so you can use it for the next 12 months or so teaching your students. That doesn’t happen anywhere, so we’re going for legacy.”

They will also be unveiling a world-first concept as part of the Summit – a tool for mapping potential migration strategies that would allow policymakers to experiment with different approaches before implementing them in the real world.

It’s a project John has been working on in partnership with  Dr Azhal Iqbal -Adjunct Senior Lecturer at the University of Adelaide in the field of applied mathematics.

“It’s a simple idea but it’s complex in its execution. Azhar and I come from totally different schools – he’s a mathematician and I’m a social scientist, so in actual fact it’s interdisciplinary and that’s what makes it unique,” says John.

“I’m backing up a theory based in science and that will hopefully come up with propositions that will lead to that final step towards a policy-making framework that can be used.”

The Summit will take place on March 8 and 9 at the Adelaide Convention Centre. Registrations remain open here.