Brewer Stephen Nelsen heads up one of the country’s most in-demand and reputable beer education courses, but the beer consultant, judge and TAFE SA educator is worried a lack of resources is hampering the program's growth.

Like the hops, malt and yeast contained in the workshop’s industrial refrigerators and storage boxes, Stephen, who asks us to call him Nelsen, is key to TAFE SA’s beer education course — officially titled Certificate III Program in Food Processing (Brewing) — which he helped launch in 2007.

Although Nelsen readily sings the praises of the state’s booming beer scene in South Australia, spurred on by the craft brewing community, he is concerned.

The boom in breweries in South Australia has also meant a rise in the number of hopeful brewers signing up to his course. Despite this surge in interest, Nelsen runs the course by himself and he says he’s “run off” his feet trying to keep up.

Having now reached the point of exasperation, Nelsen wants the State Government to throw more resources at the course.

This is not only for his benefit. He says there could be consequences if brewers who can’t get into the course decide to pursue the craft anyway without being properly educated.

“I constantly ask TAFE for help,” Nelsen explains, while darting around the kegs. “I’ve said we’d never met demand at every biannual meeting. I’ve said, ‘We’ve got to develop this. There’s a market there.’”

Rather than matching Nelsen’s enthusiasm, he says he gets a “strong feeling” there exists the “political will” to downsize and decrease TAFE SA. His calls for help, then, go unanswered.

“I don’t think there’s a lot of political will to expand and grow TAFE, just in general,” he says.

The brewers out there, I want the best for them. I want them to be safe and produce great beer and to grow and lift the esteem of beer.
—Stephen Nelsen

“They’re looking for more private RTOs to take up the work. I can’t comment on the rationale behind that, but from within I feel that they’re closing us down,” Nelsen says.

“After this long in TAFE, my aspirations in terms of the organisation are just crushed and diminished.

“My aspirations have always been for industry and for beer. The brewers out there, I want the best for them. I want them to be safe and produce great beer and to grow and lift the esteem of beer.

“For me, it’s too much of a fight to go in against what I perceive as quite overbearing… What am I going to do? Stay up ’til midnight writing business cases, to try to prove that the management decisions are wrong? It’s just not my fight.”

According to Nelsen, though, the business case is there. He says his course has “never met demand”, with over hundreds of students applying each term.

When CityMag contacted Innovation and Skills Minister David Pisoni, and Education Minister John Gardner, about whether the State Government wanted to close TAFE “from within”, or whether it had plans to hire more help for Nelsen or expand the course, we received a joint statement from both. They didn’t answer our specific questions. 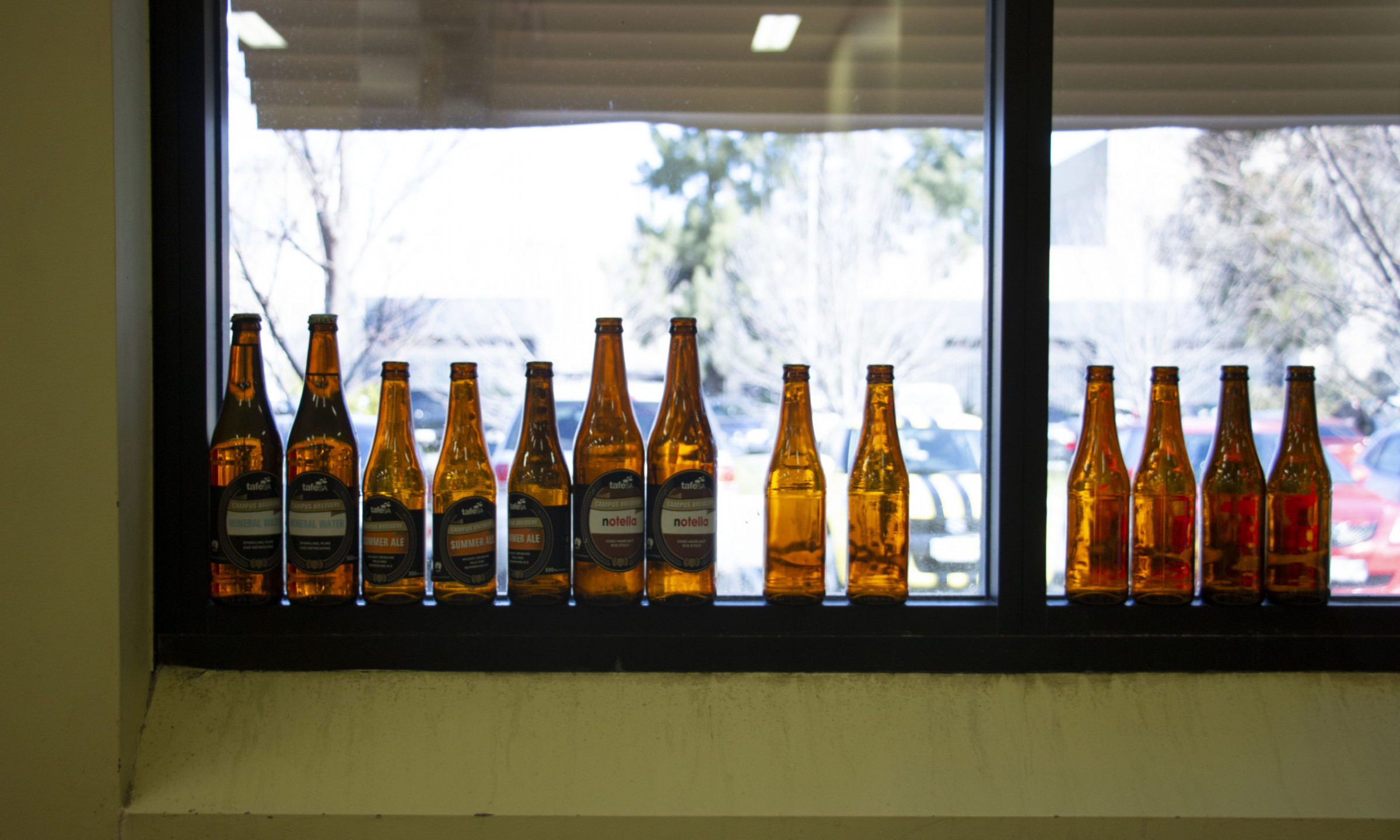 A government spokesperson said the Marhsall Government has committed to investing $215.5 million in TAFE over the next four years, and they recently launched a partnership with the Independent Brewers Association (IBA) to create traineeship opportunities in the beer industry.

“This is Australia’s first traineeship in brewing and will support existing workers to advance their careers through practical on-the-job training and mentoring support,” the spokesperson said.

IBA board member and Young Henrys head brewer Richard Adamson tells CityMag “South Australia is ahead of the game” in beer education. He says this is primarily due to TAFE SA’s beer course.

Richard confirms the IBA entered a partnership with the State Government in 2020 to deliver a traineeship program, but there were some hiccups regarding its delivery, primarily due to COVID-19.

TAFE SA Chief Executive David Coltman says the educational organisation is looking for an additional educator and “qualification in this program”, with recruitment currently underway. He says this decision was made by evaluating “industry needs and student demand”.

“TAFE SA regularly reviews its training delivery and aligns its courses with the skill requirements of students and employers across the state,” David says.

He says TAFE has received between 24 and 60 applications per intake in recent years, with 13 to 36 places offered.

There have been 20 course scrapped at TAFE this year, and the Australian Education Union fears more will face the axe. Despite this, David says new courses are regularly being considered.

“TAFE SA is committed to delivering the quality education and training that is needed to meet the state’s workforce requirements now and in the years ahead,” he says. 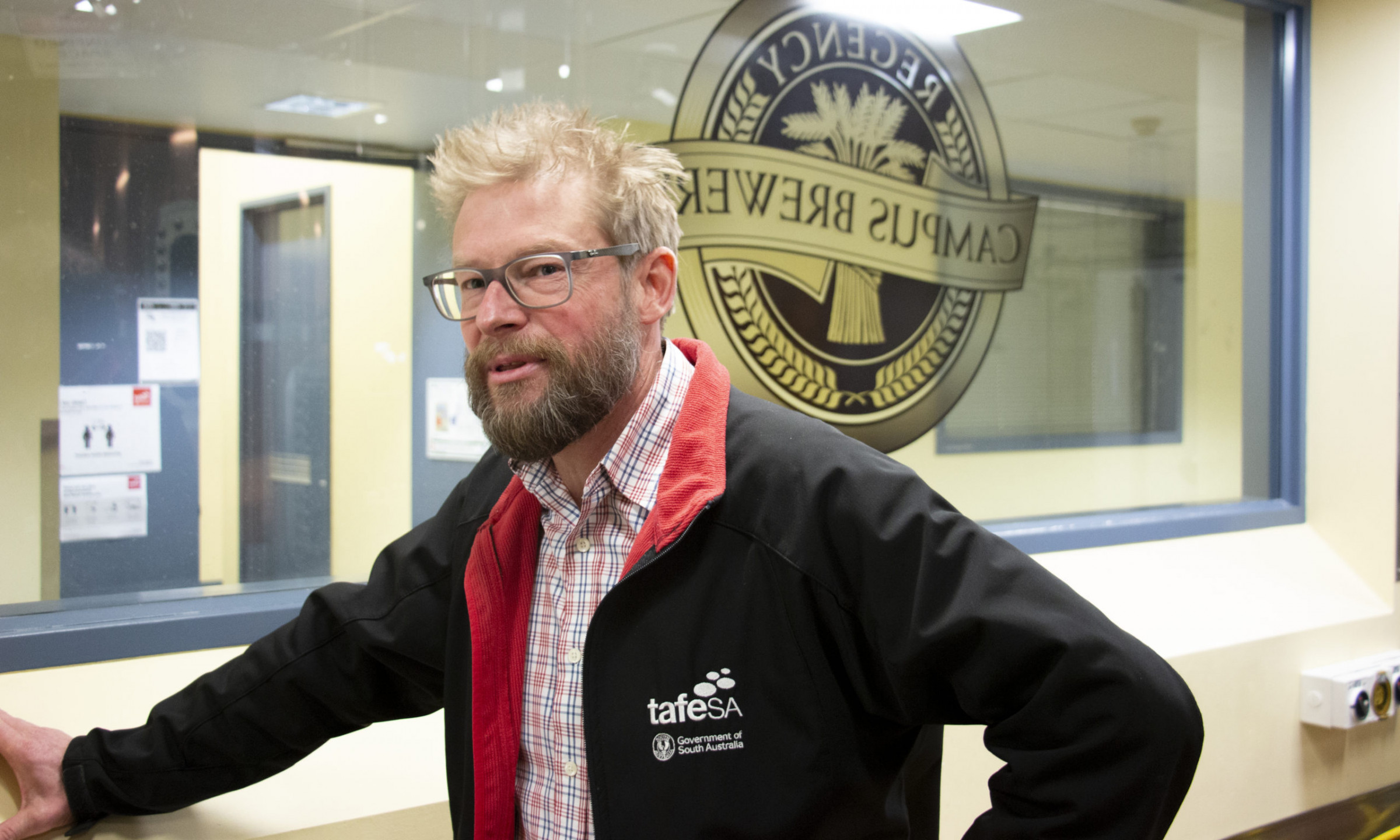 Nelsen says he doesn’t remember the first time he sipped a frothy, saying he’s been around beer since coming out of the womb

Back in the brewery with the man who helped ferment Adelaide’s burgeoning beer scene, Nelsen, who is standing beside a window emblazoned with the TAFE logo, remarks that the beer community is such a part of his life, he doesn’t, as the saying goes, have beer in his blood.

Instead he has “blood in his beer”.

The mythology passed between beer students is that Nelsen was raised in a brewery, as his father tended Southwark Thebarton’s kegs. Nelsen confirms the story is true.

Decades ago, Nelsen says, he completed a bachelor of applied science, majoring in chemistry, and then travelled around Europe to learning more about beer’s cultural applications. (Read: how it was best enjoyed).

After travelling, Nelsen found his feet back in Adelaide and began offering consultancy services to breweries. In filling these knowledge gaps, he noticed the industry was growing with a lack of theoretical architecture. In the early noughties, Nelsen realised “there was a need for formal qualifications” for beer in the state.

The craft of brewing has developed over millennia, and through Nelsen’s course, emerging brewers in South Australia have the opportunity to benefit from this vast knowledge set. To forgo the course is to risk producing a pint that doesn’t just taste bad but could potentially make you sick.

This is why good training, supported by proper resourcing and equipment, needs to exist. And this is what TAFE SA has built its reputation on.

“It really has its strength in delivering really quality vocational education, and it’s stood the test of time,” Nelsen says.

“This facility itself might be getting old now, but it’s fantastic. You can’t go to another private RTO and have a three-vessel, steam-heated brewhouse with tanks and bottling lines and laboratories. And this facility must have costs hundreds and thousands over the years.

“It could be a central focus for the whole South Australian brewing community to develop and deliver more and educate. We’ve got the facility, we’ve got the organisation.”