The machines haven’t taken over yet. People still bend steel, warp metal, and reshape wood with their hands to make beautiful and useful things - and some of the best are doing it out of a big old shed on George Street in Thebarton.

Furniture maker and designer Lex Stobie had somewhat of a false start as an Adelaide designer-maker and member of the George Street Studios crew. 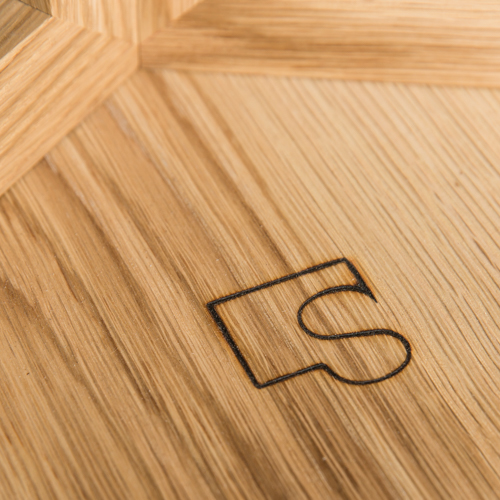 He was based at the collaborative space for a year in 2002, but then he made the move to the dreaded Melbourne – a city that gave him his first big commercial success thanks to its enthusiastic embrace of his glass-topped, Danish-inspired Inflection coffee table. 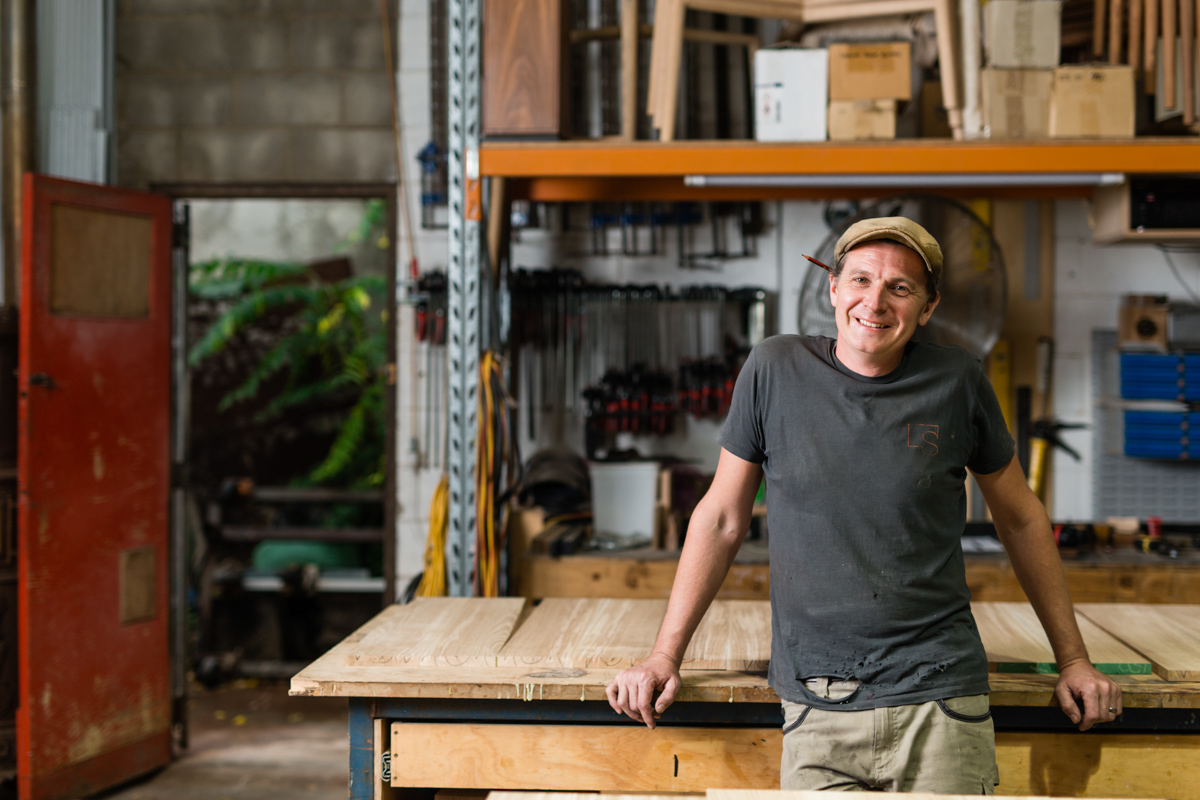 But Adelaide lured him back, and so did George Street.

“I’m a solitary creature,” says Lex, “and the way this place is set up works well for all of us, because we can mix with one another as we choose, we all respect one another, and we’ve all been here for this long – so something must be working.”

Space – for people in Lex’s trade – is a hugely important commodity.

Daily, he hand-shapes large pieces of wood and other materials into his own minimal, clean Danish-inspired furniture designs. While the end product is refined, the process is messy and loud and requires big tools and a significant floorplate. 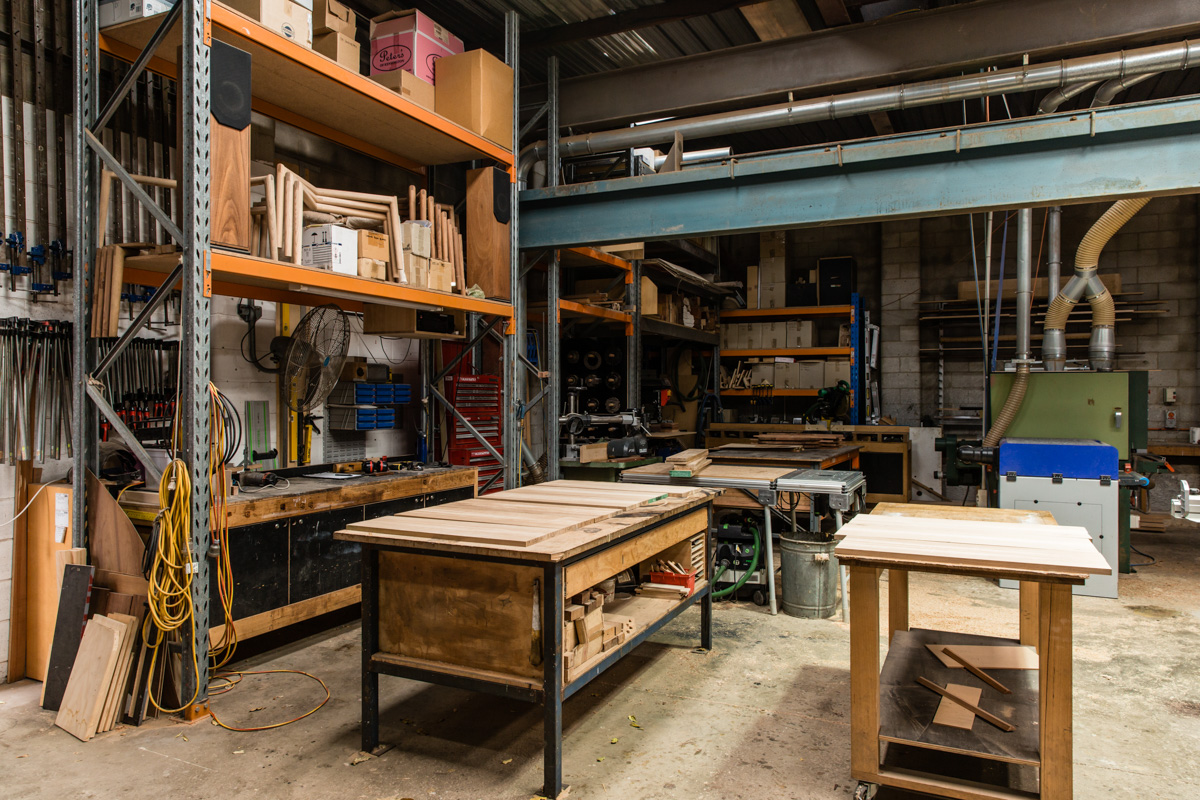 In George Street studios, the rent on a large space is shared among the six craftspeople who work there, and the whirr of loud machinery and sprinkling of saw dust or metal shavings is par for the course.

“I have stuck with the classics for a while, but now I’m stepping out.” – Lex Stobie

While his location was sorted quickly after his return to SA, growing a local customer base took some time.

“When I first arrived back, I brought all the business back with me and kept feeding it back through to Victoria,” says Lex.

“But it slowly started to change and I concentrated more on my exploits here in South Australia. Now, it’s 85 per cent here and it’s predominantly residential, private clients, which I like because their home is a reflection of them – and I feel very privileged to be a part of that.”

Now well established – and with significant commercial projects, including pieces for Jock Zonfrillo’s Orana and large-scale work for St Francis Xavier Cathedral on his resume as well – Lex is preparing to enter a new phase.

“I have stuck with the classics for a while, but I’m now stepping out,” he says.

“I was influenced heavily by the early work of the Danish furniture designers. But if I look at their work ten years later, the work itself has evolved. I think sometimes that gets overlooked.

Lex is still working out what this evolution will look like, but there’s no doubt that no matter what he makes next, he’ll make it with his hands.

Astra Parker is one of those rare people: an artist making a living purely from her art. Her sculptural works – made from metal, wood, plaster, or stone – sell well in exhibitions and result in enough private commissions to keep her afloat.

She came to George Street Studios almost immediately after completing her study at AC Arts in the city, and has been developing pieces around her core concepts ever since. 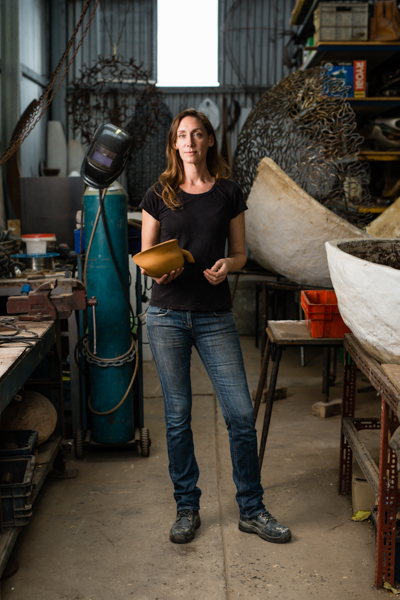 “There’s kind of a few themes that intersect,” she says. “It stems from my interest in natural structures and how they change through time – how things grow, develop, break down, reconfigure, so – you kind of see that on that micro level and the macro level as well.

“And then I’m also interested in the parallels you see in society, where everything is in a constant state of moving apart and back together again.” 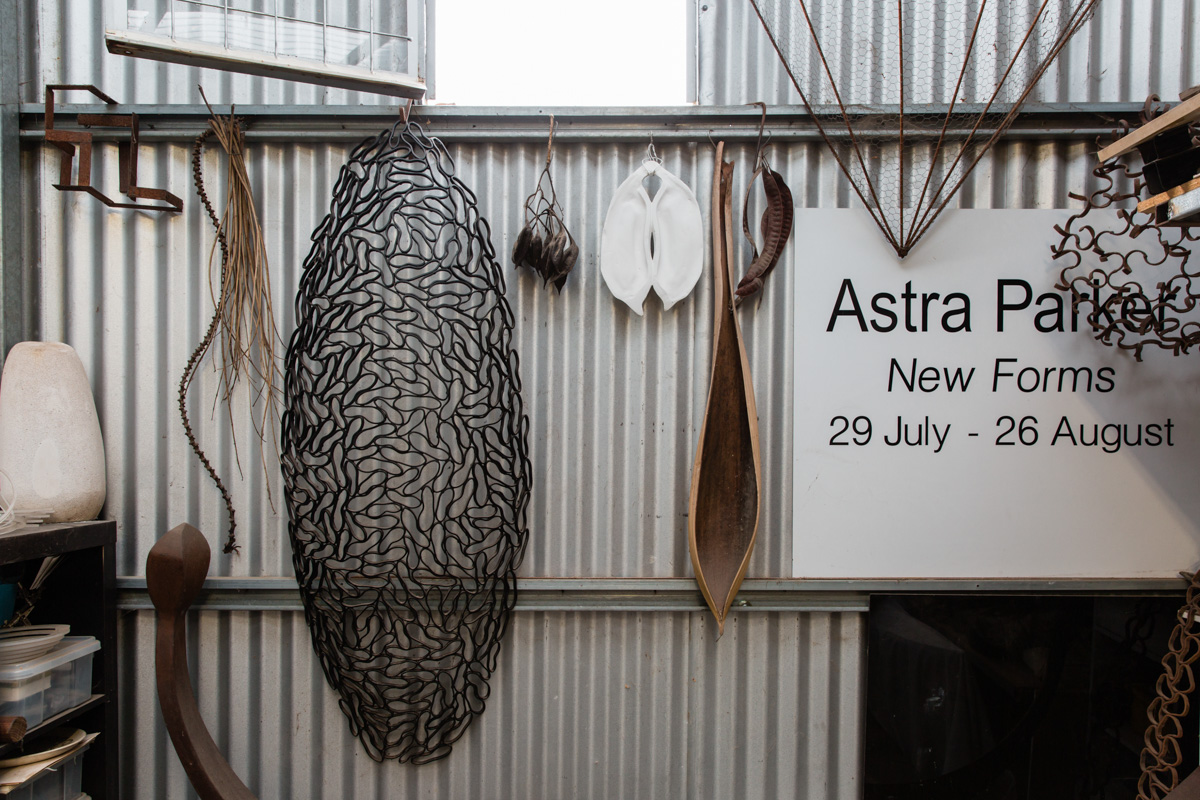 Tony is one of the founding members of George Street Studios, and one of only three originals who still remain in the space.

His main game is metal, but the more CityMag speaks with him, the more the diversity of his practice reveals itself.

“Basically, I work in the realm of public art,” says Tony. “My base trade, in a way, is metal work – but then on all the works, like the major public works, I tend to end up using a lot of stone, slate, concrete, granite, bronze – just about every medium.” 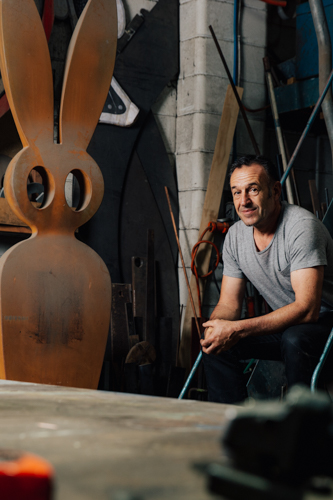 On top of major public pieces – including the Kangaroo Grass sculpture that adorns the wall of the SAPOL building on Bent Street in the city – Tony also makes his own artistic works, and occasionally even fabricates the odd sign bracket or sign for a Government department.

And it’s this adaptability that his kept him sustainably employed as an artisan for more than 15 years. 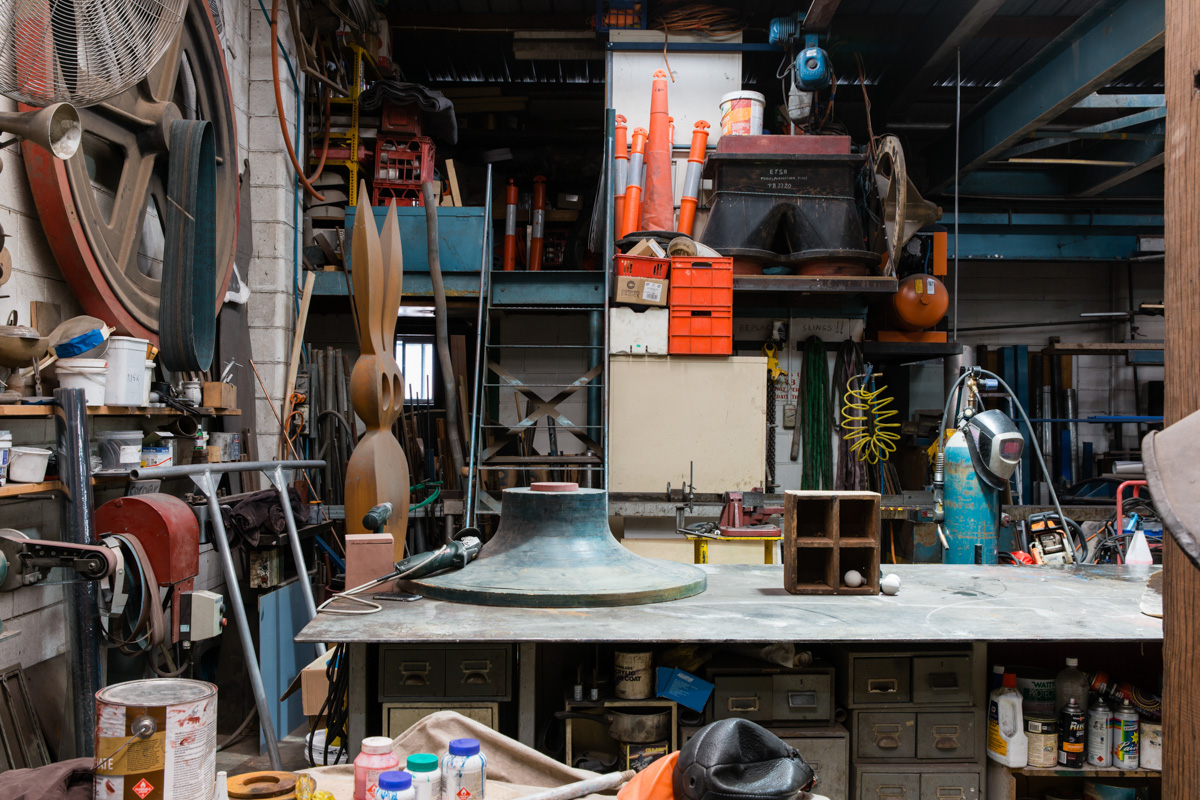 The power of the pivot