Welcome to our inaugural Small Business Survey. Each edition we’ll cast an eye across Adelaide’s business landscape and zoom in on an industry where the little players are having a big impact. First up – fashion. 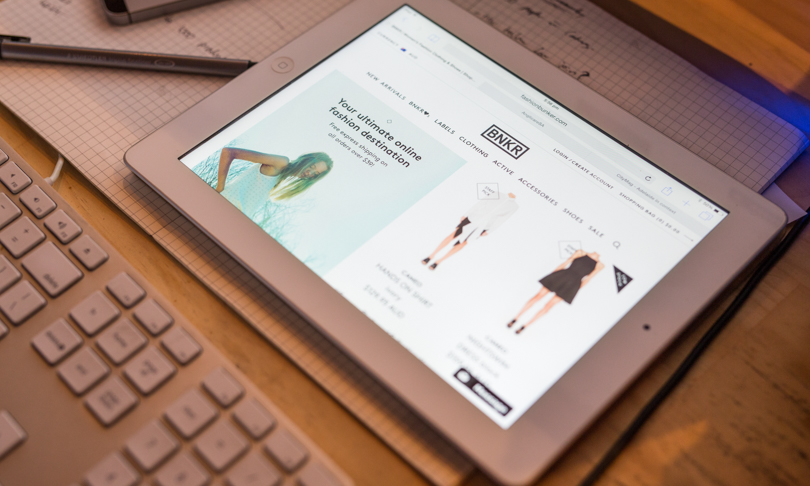 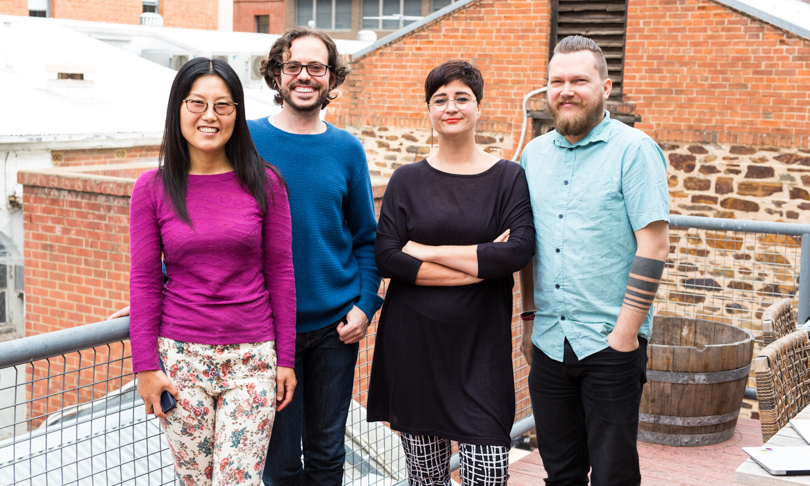 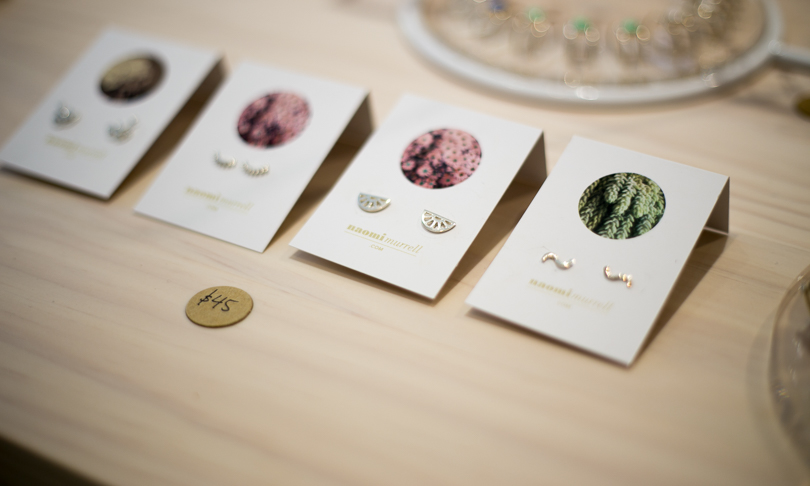 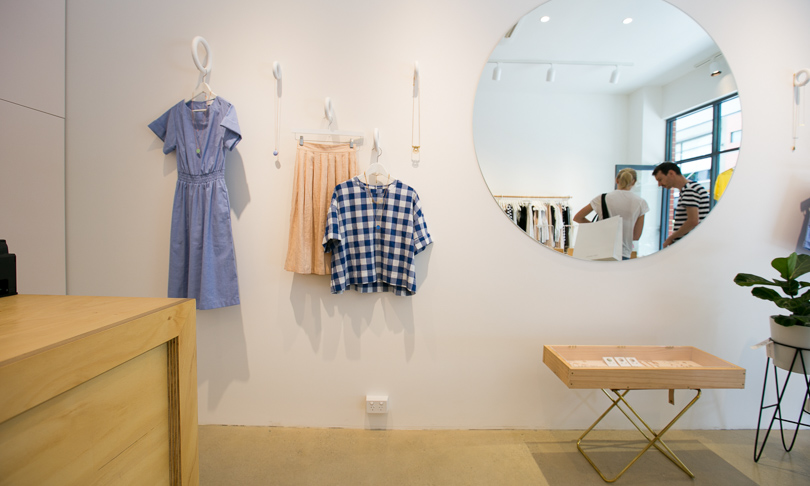 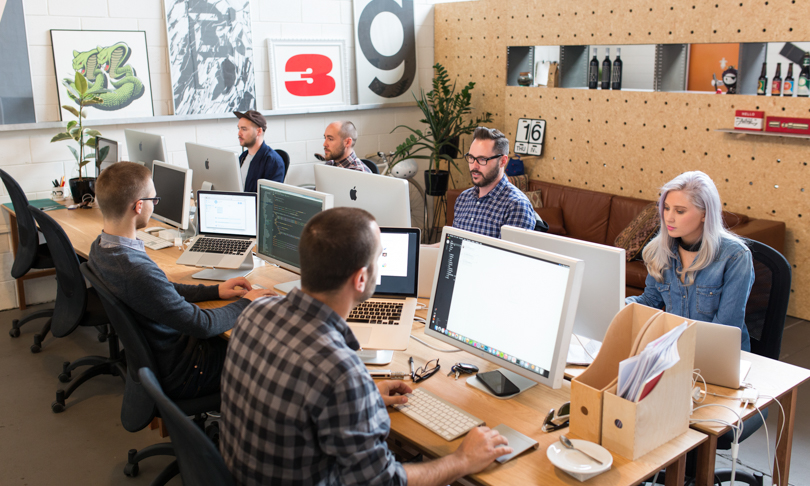 On the rise: Naomi Murrell

“You’re not a brand until you’ve been around for 10 years anyway,” says Naomi Murrell before quickly clarifying that these weren’t originally her words, but are certainly something she believes in.

This statement puts CityMag in the awkward position of giving top billing in our first ever Small Business Survey to a brand that doesn’t believe in its own existence.

Of course these words are actually more emblematic of the cautious optimism with which designer Naomi Murrell and business development manager Dave Stace approach their business, rather than a denial of their real world success.

The pair are in the of midst building one of South Australia’s most exciting design businesses. In the last 12 months, Naomi Murrell the brand has gone from a sole trader to proprietary limited company with four full time employees. It has evolved from temporary market stall homes to fitting out a flagship store on Ebenezer Place in Adelaide’s EastEnd. It has gone beyond jewellery and keepsakes to release an astonishingly well-resolved first fashion collection.

When quizzed on how they explain this exponential growth curve, the answer is simple.

“We weren’t idiots,” says Naomi matter-of-factly. “We’d worked for other people and knew it was almost impossible to do what we were trying to do. But with my optimism and Dave’s pragmatism combined we kind of wrestled it into something we felt could work.”

Dave and Naomi credit a lot of the current success to the work they did for other people.

Dave worked for the Kojo Group for ten years, finishing as head of design before going out on his own consulting. Naomi didn’t start out making exquisite jewellery either, instead beginning her career with an energetic kids’ clothing and textile company where she learnt to apply her illustration skills across many more materials than just paper.

“It’s pretty common, with those small-to-medium businesses, to kind of work your way up to a certain level in your late twenties and then there’s nowhere to go,” says Naomi. “You can’t become the owner of the company and so we found, like a lot of our peers, that you’ve got to go out and start your own thing if you want to push your career to the next stage.”

And the growth of Naomi Murrell is defined by such stages. Dave can point to each and every tipping point in the business’ sales trajectory as different markets began to respond to the fledgling brand.

“The last event I did in Melbourne, the response from those customers was, ‘oh you’re opening a flagship, why aren’t you doing it here?’ It was really interesting that they were excited about it but it was a very conscious choice for us to do it in Adelaide,” he says.

This constant contact with their customers over the years has emboldened Naomi and Dave as well as taken much of the risk out of the company’s decision making.

The first pop-up store on Ebenezer Place let them know that the area was pitch-perfect for their clientele. The second, on Rundle Street, saw them collaborate with clothing brand búl and revealed to them just how many of their customers were looking for clothing that would fit with their aesthetic.

So while Naomi Murrell continue to build a brand they feel safe to call a brand, we expect the business to continue to confidently change shape, diversify its offer and broaden its reach.

Husam Elassaad arrives at our interview carrying three black boxes under his arm.

Setting them on the table he opens them up to reveal all shapes and sorts of sunglasses. Within moments passers by have stopped to look at the shiny objects. Husam jokes about the products “falling off the back of a truck,” and then chuckles as he tells CityMag that his business Supa Sundays actually started out of the side of his van, from where he sold sunglasses to squinting twenty-somethings at music festivals.

The brand and Husam’s business has evolved to the point of being unrecognisable since then. In 2013 he decided to leave his career as a lawyer in Melbourne and return to Adelaide to focus full time on his fledgling eyewear brand. The pull of family and lower overheads were part of what informed Husam’s choice but the move to Adelaide was, essentially, based around getting better access to business opportunities.

“When I was living in Richmond in Melbourne,” Husam says, “sometimes it would take me 20 minutes just to get out of Richmond. When you’re running a business – time is money.”

Husam also sees Adelaide as a city that is developing, with a new found confidence and personality that is translating, interestingly, into sales of his more directional eyewear designs. He tells us, “it’s exciting to be in Adelaide at the start of this new wave,” and that he feels humbled to be able to contribute to the city’s new identity.

And with enquiries from global distributors starting to land in his inbox, Husam is even more excited by the prospect of taking the new Adelaide identity to the world.

Adelaide is full of micro-fashion enterprises. Connecting with niche markets via beautiful online stores and supported by savvy social media marketing, these three entrepreneurs are staying local while benefiting from global attention.

After further education at Glasgow School of Art, textile and clothing designer Julie White returned to Adelaide with a new sense of purpose for her label. Hand-drawn patterns of native flora and fauna are a wink towards cultural cringe; a celebration of the laconic style Australians fail to embrace while the rest of the world can’t get enough.

Returning home after working for an ethical fashion brand in Paris, Amy Roberts set about designing her own organic clothing line. Vege Threads launched in 2013 with the mantra of creating elegant, wearable pieces with low environmental impact. Made from organic cotton in Australia, Vege Threads is a leader in fashion-forward ethical clothing.

Beccy Bromilow hand-crafts footwear from local kangaroo hides produced in Port Elliot. After launching only three months ago, Beccy’s business is already quietly booming. The long and arduous task of tailor-making boots and shoes means her product is limited but this fact resonates with an affluent young customer-base who appreciate a good-looking, long-lasting and unique product.