Reformed fast-fashion addict and PhD student Erin Skinner is studying the psychological motivations behind the appeal of cheap clothing and what interventions could heal bad shopping habits. 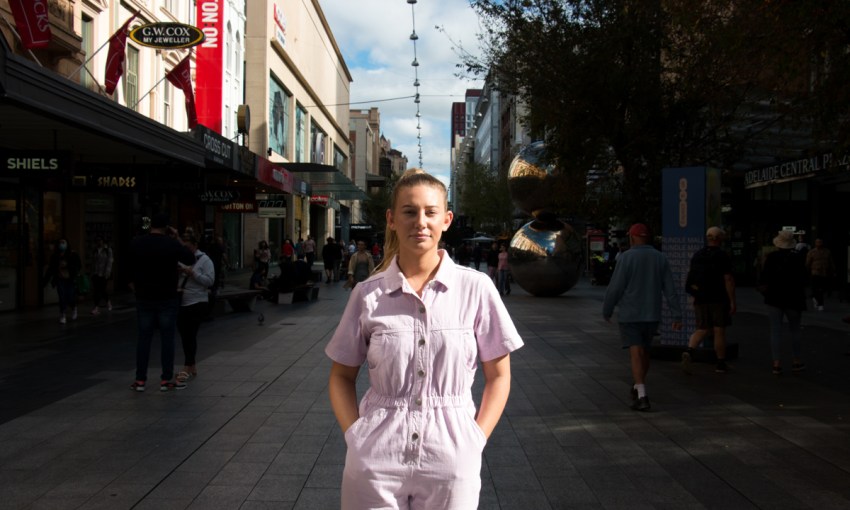 CityMag meets University of South Australia PhD psychology student Erin Skinner on a Friday afternoon at Rundle Mall. The retail strip is the academic’s former “hunting ground”, she says, before she became a sustainable shopper in 2019.

— Australians buy 27 kilograms of textiles and send 23 kilograms to landfill, per annum;
— The fashion industry produces more emissions than shipping and aviation combined;
— It takes 2700 litres of water to make one cotton t-shirt, which is roughly the amount a single person will drink over a year.

“I was getting parcels at least fortnightly,” says Erin, who’s today wearing a second-hand Gorman lavender boilersuit sourced from an online Facebook group.

“I liked Cotton On, but Princess Polly was probably my favourite.”

It was while completing her undergraduate psychology degree at the end of 2018 she watched a video about the lifecycle of a cotton t-shirt. Viewing this cradle-to-grave process – where 2700 litres of water will go into making a single tee – made Erin realise her environmentalism was at odds with her shopping habits.

“I never connected those dots that the clothes on my back had the impact on the environment,” she says.

This video sparked her interest, and she decided to dedicate her psychology honour’s degree to understanding how much people know about fast fashion. Many people, as it turns out, have the same understanding she had prior to watching the video.

Now, Erin has extended this research into a PhD, with a clear bent: how she can connect these dots for other people.

She’s roughly halfway through her post-graduate studies, which will see her conduct three different experiments to learn what the average Australian knows about fast fashion, and whether there are appropriate solutions to better support slow fashion.

The first part of the PhD analysed online imagery filed under the #SustainableFashion Instagram hashtag. Erin wasn’t terribly shocked with the results.

“The analysis came up with four different communities, essentially, of who’s talking about sustainable fashion,” she says.

“One core one of that was, I termed it ‘online promotional’, because it was your Insta bloggers and influencers, and it was very much a showcasing over community membership to sustainable fashion, in that kind of promotional way.

“But that’s very much fashion and social media, in a nutshell.”

Erin then conducted an online survey targeted at Australian consumers over the age of 18, examining what they know about fast fashion and their shopping behaviour. This was about setting a “baseline” of information for the third study, which she’s currently recruiting participants for.

This part of the research follows a group of people for 12 weeks from June. The aim is to discern their shopping and spending habits. “Then, in the intervention period, we’re going to split them into two groups,” Erin says.

“There’s a control group who just keep doing things as normal, and the intervention group.

“Everyone’s going to keep reporting their behaviour, but the difference is with the intervention group – after they report their behaviour, they’ll then receive what we call a feedback document.

“I can’t really share exactly what’s in the feedback document, but we like to liken it to electricity bill; it tells you your energy usage, or how much this will cost compared to another bill.

“But this will be in a fashion consumption context.”

I never connected those dots that the clothes on my back had the impact on the environment.
—Erin Skinner 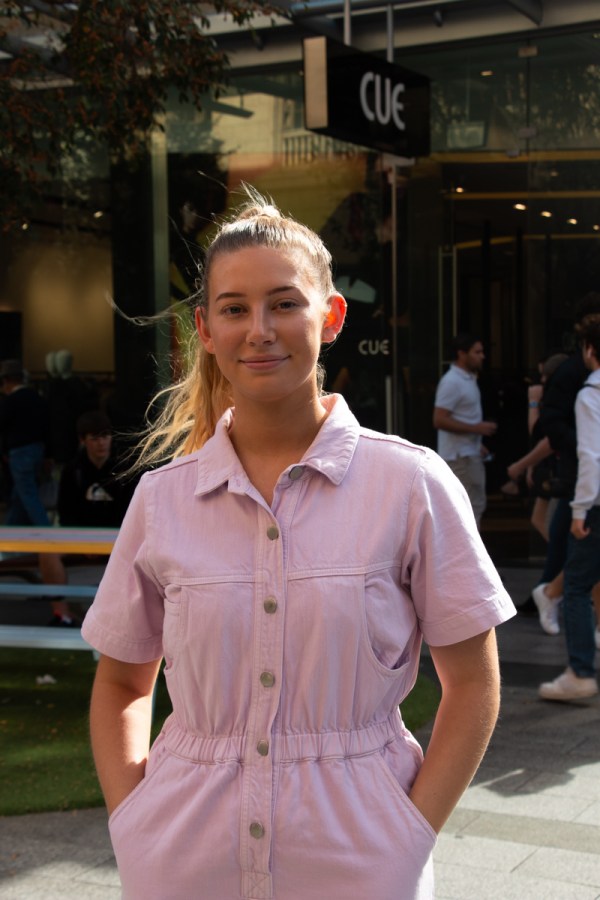 While confident, Erin is not sure whether this intervention will work. Behaviour change is a complex beast, she says, saying it’s often “a real stab in the dark”.

However, report-card interventions like this have been used to help encourage people to recycle their waste, garnering positive results.

“It’s like, you have this shopping behaviour so let’s see what we find. We might find something really promising. We might find it’s not great, but it’s a pilot”.

Part of the challenge behind shopping sustainably, Erin says, is many people experience FOMO from not buying something new.  She’s speaking from experience, as a young person who has friends that often share new outfits they’ve bought for the weekend.

But she’s developed her own tricks. In the beginning, this included Erin purchasing second-hand items whenever she needed that rush.

She weaned off from there.

“Once I stopped buying cheap clothing so often, all of a sudden, I had more money to make the bigger investment in the clothes that before I would have sworn black and blue I can’t afford,” she says.

As she sips in a latte and watches shoppers whizz up and down the spending strip, she makes the point that good consumption won’t solve another major fashion problem: waste.

“There’s a lot of great fashion brands out there doing great things, but I think if we merely take our current consumption habits and just switch it over to a sustainable brand, I think we’re still going to have a lot of these problems,” she says.