Adelaide’s vacant shop fronts and empty streets have long been a symbol of the city’s struggles. Each print edition of CityMag, we look at how available property could be put to better use and the people who are turning the fortunes of the city’s built form around explain how change is being made.

After bumper Christmas trade and record sales splurging, Adelaide’s retail sector has launched into 2016 with buoyant spirits and a swell of positivity. 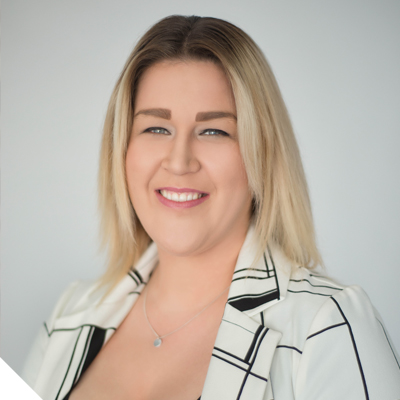 Amanda Grocock is the General Manager of the Rundle Mall Management Authority.

Consumer and trader confidence have rebounded after a tough economic period, which is good news for everybody – retailers and customers alike. But that’s not the only reason to celebrate, with Rundle Mall approaching its 40th anniversary as a pedestrian Mall in 2016. The milestone will be an opportunity to thank South Australians for their ongoing support and also gives us a renewed focus on building the Mall’s iconic status as an Australia-leading hub where you can shop, drink, dine and experience arts and culture.

Speaking of which, summer might be over but now is undoubtedly the best time of year to be an Adelaidean or a lucky visitor to the city. As CityMag hits the streets, we’re on the starting line of Mad March when Adelaide truly comes alive with the Adelaide Fringe, Adelaide Festival, WOMADelaide and Clipsal 500.

This year, Rundle Mall has embraced Adelaide Fringe more than ever before. You can see free daily performances from Fringe acts under the Gawler Place Canopy and some of the world’s best street theatre performers taking over the Mall on weekends.

Also be sure not to miss the illuminated Hybycozo sculptures, previously featured at Nevada’s infamous Burning Man festival, and check out what’s on at the 15 Fringe venues in the Rundle Mall precinct, including The Coffee Pot, Hotel Richmond, BASEM3NT, the City Library and Finsart Studio.

If Mad March doesn’t leave you in the foetal position suffering from festival fatigue, there are still lots of other events happening around town throughout autumn.

The siren will sound at Adelaide Oval for the first AFL match on Sunday, March 27, for Port Adelaide’s home game season opener. The blockbuster game also coincides with Easter Sunday and as those with a sweet tooth well know, Rundle Mall has all your chocolate needs sorted with Haigh’s or Koko Black in Adelaide Arcade and Just Bliss on Gawler Place.

Then as the leaves start to turn shades of gold and auburn and the temperature dips, there are plenty of places in the Rundle Mall precinct to seek warmth and shelter. Duck into the City Library and curl up with a good book, warm up with a wine in Lindes Lane or hibernate in Bar 9 with a warm coffee and watch the world go by.