More than the sum of its future tenants, Lot Fourteen will be a snapshot of the "ambition that we have for the state," Premier Steven Marshall says.

Scanning the city’s skyline south to west from the helipad of the old RAH, cranes stretch higher than Adelaide’s tallest buildings. At ground level, worksites clang and hammer, but from above we are a city of quiet ambition.

CityMag is atop the old hospital’s central block to speak with Premier Steven Marshall about the future of the site – now known as Lot Fourteen – but we take a moment to appreciate the view.

Find out more about Lot Fourteen at the link.

What we see is a city shaped by a number of monumental projects over the last decade – SAHMRI and the new RAH; the redeveloped Adelaide Oval and accompanying footbridge, which ferries people onto a developing Riverbank Precinct and through to the city centre where the small bar boom has brought life and bustle into formerly bare laneways and side streets.

The Premier’s attention, though, is focused on the seven hectares directly below us.

Once completed, the site will host startup incubator and accelerator FIXE@Lot Fourteen; the Australian Space Agency, including Mission Control and the Space Discovery Centre; the Institute for Machine Learning; the Aboriginal Art and Culture Gallery; and the International Centre for Tourism, Hospitality and Food Industries.

Lot Fourteen is a microcosm and manifestation of our city and state’s jubilant mood. 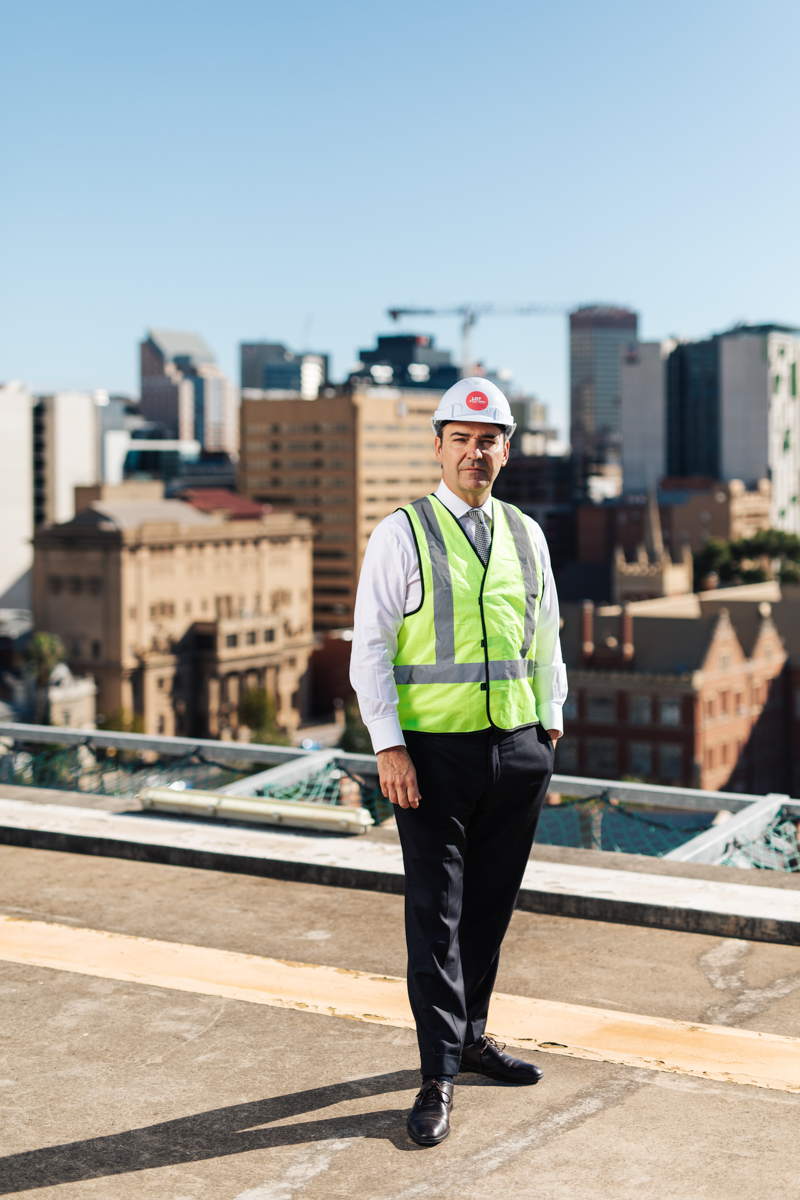 The Premier on site

“This here,” says the Premier, motioning to the space between us and North Terrace, “that used to have a roof on it, and that was where the escalators were coming up into this building. That’s now open space.

“[Where we’re standing] is where we’ve put this massive innovation hub, which you would envisage would be steel and glass, and it’ll be a similar sort of size and structure to this.

“This was a perfect opportunity – a high-profile inner-city site that could, if you will, capture the ambition that we have for the state.”

South Australia was active in the tech and space industries prior to the Liberals taking office – Adelaide startups Myriota and Fleet both had satellites in orbit, and the Weatherill Government brought the International Astronautical Congress to Adelaide in 2017 – but housing these innovative industries within the CBD, alongside institutions of food and culture, was an opportunity led by the Marshall Government.

“We wanted to achieve as much as we could off of this seven-hectare site. We decided that we would make it mixed use rather than one single area of focus,” Steven says.

“The art and cultures gallery, I think, reflects an opportunity to demonstrate and showcase to the world the incredible collections that we have in terms of Aboriginal art and artefacts. I think this will drive enormous overseas and interstate visitation, which will help to strengthen our economy.

“Bringing in the Regency School of Hotel Management, hospitality and culinary excellence will, again, drive a significant increase in the number of interstate and international students coming to Adelaide. It’s an excellent school, but it’s located in the wrong place to attract interstate and overseas students.”

For most of the Marshall Government’s first year in office, the party attracted criticism for how little they appeared to be doing, considering their vow to ‘under-promise and over-deliver.’

The announcement of Lot Fourteen, and the $500 million City Deal that followed, was a noticeable PR spike, but the Premier still wears his reserve with pride.

“Some commentators say that’s our plan… that we’re not a flashy government like the previous government, we’re not out there doing a daily press conference, pestering the people of South Australia, photobombing business success,” he says.

“Of course you’ve got to have one eye to the media, but you also have to spend the vast majority of your time delivering your plan in a purposeful way, and that’s what we’re doing.” 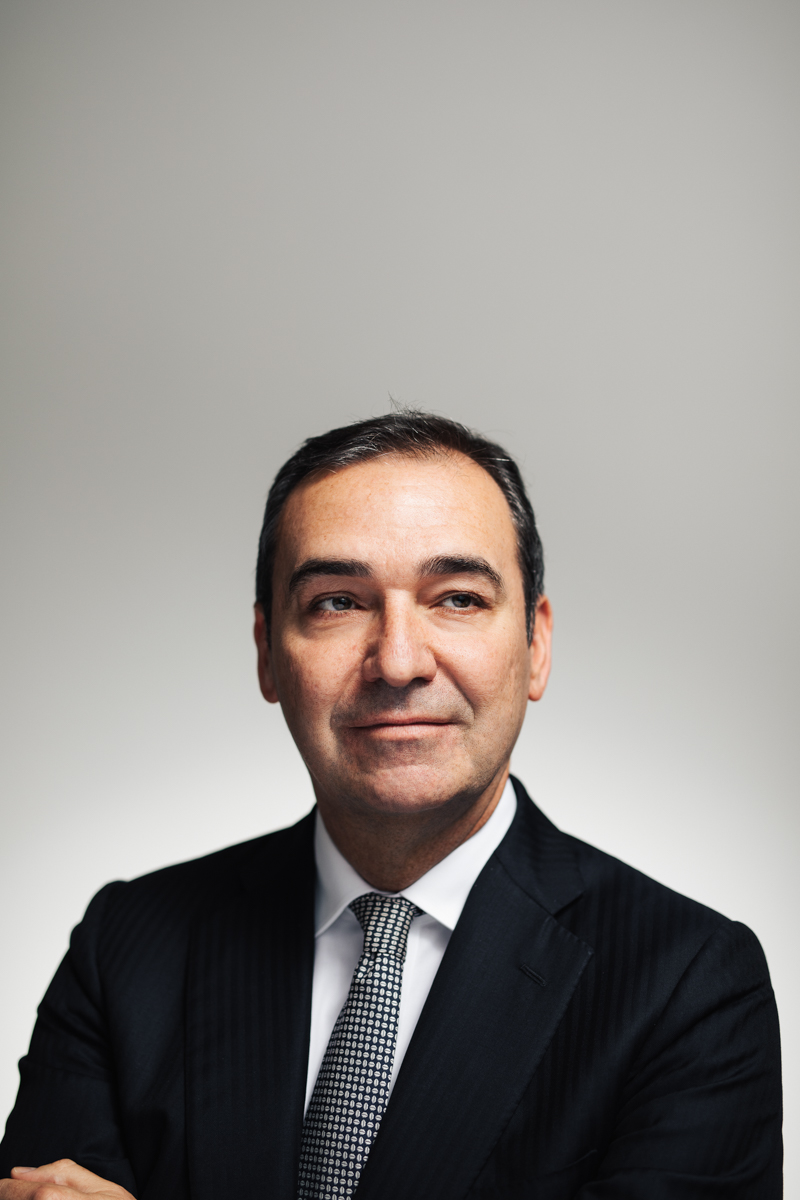 A history in small business defines Steven’s leadership style. In a profile published in the Financial Review from 2014, the then-opposition leader admitted to not growing up with a political career in his sights.

A latter-day admiration of New Zealand’s former prime minister, John Key, is well-documented; and so too is the influence of Steven’s father, Tony Marshall, who founded Marshall Furniture in the 1970s and built the company up to a $15 million enterprise before retiring in 1997, after which Steven took on the role of managing director.

In spite of his relative political greenness, Steven steadied a turbulent opposition party and unseated a 16-year strong Labor Party. Whatever he brought into politics from his years in business appears to be working.

“It’s my 100 and 10 rule: there’s 100 things you could be doing, there’s 10 things you must be doing, and often people don’t focus on the 10 most important things, they focus on the peripheral. They major in the minors, as my father would always say,” the Premier says.

“That’s what the focus of this government is… trying to motivate people around the big issues that are going to shift the dial in South Australia.”

Lot Fourteen is, of course, still years away from being finished. But the building activity to date is the first physical marker of the Marshall Legacy.

It is a project that will profoundly redefine the city, and, the Premier says, the state.

But, he admits, “South Australians can often be sceptical – they need to see it to believe it.

“What they’ll see in the coming months, as Lot Fourteen develops and opens up to the world, is a really exciting insight into future industries that exist, and future job opportunities that exist, and I think that the people of South Australia will be very excited.”

As we exit the vacant building, we’re told we’ll likely be the last of the general population to visit the helicopter pad. The building is being demolished from the inside and will be gone before long. Six heritage buildings will remain and be refit for purpose.

Soon, the site will have its own cranes, carrying steel beams, panels of concrete and glass, and a $500 million weight of expectation. If the multi-faceted Lot Fourteen project happens as planned, our quiet ambition will continue to stretch ever farther beyond our skyline.