Open-air shopping makes the Bay the perfect choice for Christmas

Christmas shoppers are descending on Jetty Road, with its breadth of choice and breath of fresh air proving to be a winning combination.

Con Maios’ voice beams when he talks about Christmas in and around Jetty Road, Glenelg.

Jetty Road, Glenelg is open from early morning ’til late at night, 365 days of the year – including everyday between Christmas and New Year.

This article was produced in collaboration with Jetty Road, City of Holdfast Bay.

“There’s no other beachside suburb that has this combination of entertainment and shopping all in one spot,” the Chairman of the Jetty Road Mainstreet Committee says.

“In this current climate of COVID, Jetty Road is an open-air shopping strip which makes it hugely popular, with its array of cafes, dining options, bars and the beach.

“The local community has been great at supporting these businesses and because of that we are seeing Jetty Road become one of the most popular destinations in the last few months.”

Con says Jetty Road and its surrounds in Glenelg are versatile, and that’s the secret to its success.

Families can spend the afternoon at the Beachhouse on the foreshore and then pop to Feed, The Strand or Nutrition Republic for lunch; or see a movie at GU Filmhouse followed by dinner at Fourth, Cardone’s or Ottoman Grill.

For those wanting to explore the nightlife, Terra & Sol, the Jetty Bar and The Moseley are great options for those late-hours and early-morning revellers. 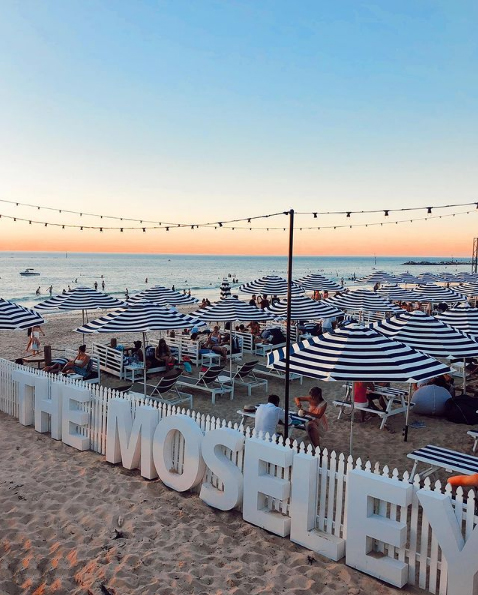 “We have had so many people who have not been here for years come back and say it isn’t like they remember it, it’s so much better,” Con says, pointing to a rejuvenation of local shops and attractions.

“We have Attitudes Boutique, Adelaide In-Style, Denim + Cloth, Daisy & Hen, The Ivy Room and a number of other shops people wouldn’t even realise were down here.

“You can visit these beautiful stores and then grab a coffee, drink or an ice cream after, it’s really the perfect place to shop.”

Con says after six months of uncertainty due to the COVID-19 pandemic, shoppers were returning to the strip in droves for Christmas.

“We had the Sunset Markets on the weekend and the organisers were worried there were going to be too many people,” he says.

“Moseley Square was just buzzing and a lot of people were staying on to enjoy the great vibes throughout the precinct.

“The council have been one of the most innovative councils around in terms of pushing forth with events, it’s really an exciting time for us.”

Another bonus for Jetty Road shoppers is they can now take their pets into many businesses, as fellow committee member Elise Fassina says.

Elise has owned Fassina Liquor in Glenelg for the past 11 years. She says Christmas is an exciting time to be both a shopper and a trader along the strip.

“Personally, I love The Moseley Beach Club but I think Glenelg as a whole has an amazing vibe over summer and it’s just got so many dining and shopping options.

“It’s a really great place to be and it’s not too far from the city.”

Elise says Christmas trade has been really strong and there’s been a big shift towards locally made products, especially local wines and gins.

“There’s just such a strong community spirit down here at the moment and everyone is really doing their best to support local businesses.”