The University of Adelaide's Roseworthy and Waite campuses have been a launchpad for renowned Australian and international winemakers and viticulturalists for generations. 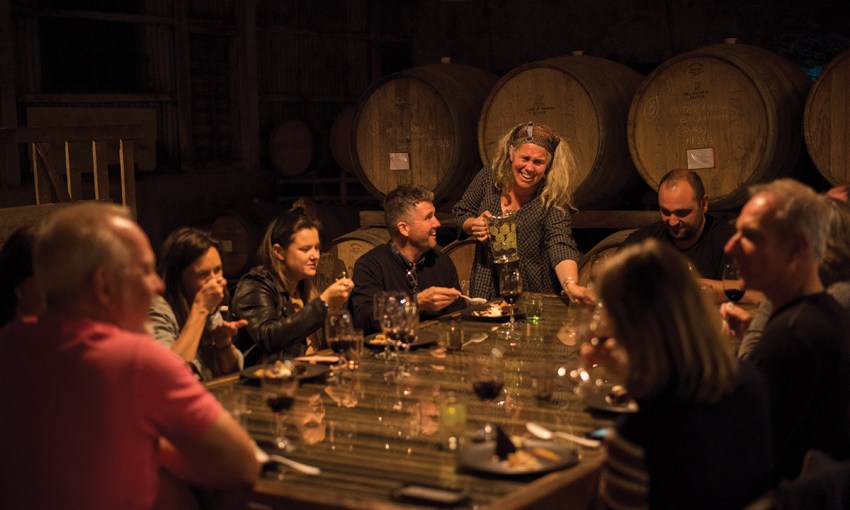 Sue Bell was part way through a civil engineering degree at the University of Adelaide when she decided to branch off on a wildly different career path.

Although, as she tells it, it made perfect sense.

“I was probably way too young when I first started at uni. I was only 16 when I enrolled,” says Sue, mulling over the somewhat rash decision-making process that led her to winemaking.

This article is produced in collaboration with the University of Adelaide, for more information on their Tasting Australia collaboration visit the website.

“I enjoyed the hydrology and soils side of things. And I was pretty good at science and I wanted to live in the country.

“Working in hospitality, I [had] some friends who used to go wine tasting at McLaren Vale. And I thought, that would be interesting.

“When I started studying winemaking, it was that combination of the land, the climate, people, society – and it brought it all together with science.”

A quarter of a century after her oenology degree, she is one of the ‘old hands’ in the industry. In addition to founding Bellwether Wines, where she is the chief winemaker, Sue has served on numerous industry boards at regional, state and national level, and regularly judges at wine shows, including chairing regional and national shows.

In between these postings have been vintages in Bordeaux and California, study at the prestigious Len Evans Tutorial, where she was awarded Dux, and periods working for some of the smallest and biggest wine companies in the world.

Her cohort was one of the earlier ones to graduate from the University of Adelaide after the merger with Roseworthy College. Among them were Stephen Chambers of Chambers Rosewood Estate in Victoria, Daniel Alcorso of Moorilla Estate in Tasmania, and Rob Mann in the year below, whose grandfather Jack was winemaker for Houghton in the Swan Valley.

As Sue points out, these were the next generation in a line of winemaking dynasties.

“I knew nothing when I first started and I wondered why I was there,” she says. “Because, you know, there were people from family wineries, or people who had worked in hospitality for a long time. So, I was quite intimidated by their knowledge.”

Sue recalls the course being career-defining, even if she did question the amount of statistics and “fundamental science stuff, which is very important, but at the time… you want to get your teeth into” winemaking and viticulture.

She was also drawn into the camaraderie that is typical of the wine industry.

“It’s a pretty small industry… You meet people when you do vintages, or in the regions you work, or people who are your contemporaries when you were studying,” Sue says. “And, you know, some of them become your peers and confidants for life. I have friends that I went through uni with… we help each other with our businesses and our careers now.”

Sue, together with Dan Redman, Jacinta Jenkins and Kate Goodman, is presenting Coonawarra Decades – Past, Present and Future, in the University of Adelaide masterclass Pavilion at Tasting Australia in May. It promises to be as entertaining as it is educational.

Jess Thomson is in her third year of the Bachelor of Viticulture and Oenology at Adelaide. She has taken what may turn out to be a more common, if youthful, approach to winemaking. She already has a business degree and aspires to become a winemaker, eventually starting her own label.

“I have a background in festivals and event management. I’ve also worked a lot of hospitality jobs,” explains Jess. “My decision to go back to study was prompted by an interest in wine and a growing passion for it. I’m trying to pair those two [degrees] together and come out with a strong skillset.”

This drive has seen her do the last two vintages at Murdoch Hill in Oakbank.

“I decided to do it on my own to get more practical experience,” she says.

“I think being from South Australia and having worked in hospitality, I have a fairly good network of different people in the industry.” 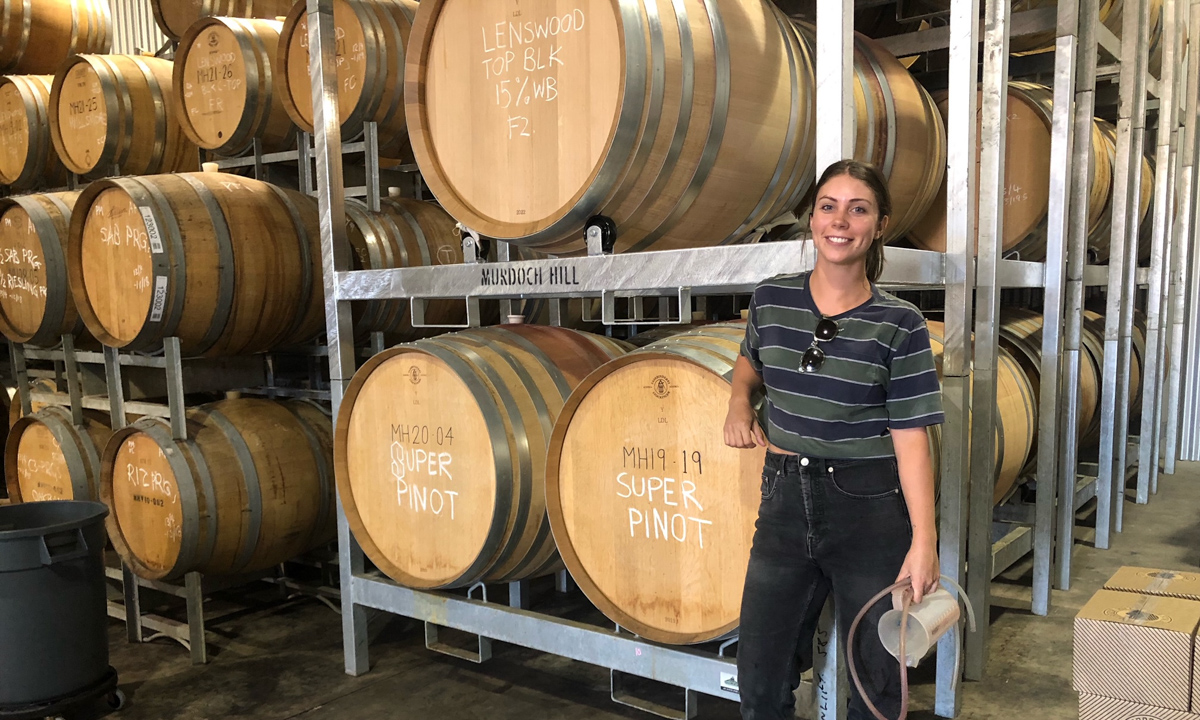 Jess is enthusiastic about the course also fostering connections within the wine industry and viticulture.

“[The University of Adelaide course] is regarded as one of the best in the world. And it’s been really great… doing a science degree and being present four to five days a week at the winery,” Jess says. “We have a lot of researchers come through and we have a lot of industry professionals come through.”

While South Australia is known as a launchpad for wine careers, both nationally and overseas, the state also receives attention, including recent world-beating wins for Renmark’s 23rd Street Distillery, where Kayla Grigoriou heads up spirit production.

Kayla also runs her own spirit label, Needle and Pin, and she comes from a family of winemakers, including her father, older brother, grandfather and great grandfather.

While her winemaking family members learned on the job, Kayla went against tradition by undertaking the Fundamentals of Spirit Production, an intensive short-course, almost four years ago. Her motivation for doing so was noble: to learn how to avoid catastrophe.

“I guess I was a bit more scared of how spirits might react,” Kayla says. “Wine isn’t necessarily going to explode – you’re not going to blow anything up.

“I wanted to get a bit more information and maybe learn some little tips and tricks along the way… Distillation in South Australia, although it’s very popular now, wasn’t so popular even five years ago.”

The intensive course through the University of Adelaide brought the class together to blend their own gins with KI Spirits and 78 Degrees. Kayla says the opportunity to make connections with these award-winning distillers was an added bonus, as was the exposure to whisky-making, which might be in her plans for the future.

For the moment, from her distillery in Adelaide’s inner west, she is making gin flavoured with regional botanicals, such as citrus, olive leaves, almonds and saltbush, and helping to put distinctly Australian spirits on the world map.

Kayla is also involved with this year’s Tasting Australia.

“I’m doing a really cool event with the team from Lonely Hearts in North Adelaide,” Kayla says. We’re doing a Long Table Lunch for Mother’s Day, which will be really exciting. Pairing gin with some really delicious food and Australian cuisine from chef Mitch Carter.”

With each new intake of students at the University of Adelaide’s Roseworthy and Waite campuses, the spirit of South Australia as an alcohol production powerhouse is renewed.